The governor stepped in on Wednesday to help out Wendy Auger, a Rochester mother who was asked by the Division of Motor Vehicles this month to turn in her vanity license plates, “PB4WEGO,’’ because they were in violation of the state’s codes.

“Upon this being brought to my attention, I reached out to the Division of Motor Vehicles and strongly urged them to allow Wendy to keep the license plate she has had for the last 15 years,’’ Sununu said in a statement. “I recently left a message on her phone to share the good news that her plate will not be recalled.’’

It all started earlier this month, when the DMV sent a letter to Auger demanding that she turn in her plates because they’re not in conformance with the “NH Code of Administrative Rules.’’

Officials specifically cited a section of the rules that ban plates from having any reference to “sexual or excretory acts or functions.’’

“Please bring your PB4WEGO vanity plates and registration, along with this letter, to the nearest Division of Motor Vehicles Registration office,’’ the letter to Auger, dated Aug. 12, said. “You may select another vanity plate at no further cost or obtain regular passenger plates.’’

The letters paraphrase a common saying familiar to both parents and children alike: “Pee before we go.’’

But Auger didn’t want to hand over her treasured plates. And she saw the recall as a free speech issue. So she vowed to fight for her right to continue to display the cheeky phrase, one that she has owned for 15 years.

“Anybody who has seen it or comes across it — everybody smiles, gives a thumbs up, honks, takes pictures,’’ she said in a telephone interview. “There’s not one person who I can speak of who has ever been offended.’’

Auger, a Massachusetts native and bartender, appealed the decision by letter, not long after receiving correspondence from motor vehicle officials. Firm on her stance that the plates aren’t offensive, she adopted the slogan “Live Pee or Die.’’

As she waited for a reply this week, her story went viral.

At some point, the battle to keep the phrase on her vehicle must’ve landed on Sununu’s radar.

On Wednesday afternoon, not long after someone tipped her off that the governor of her state may reach out about helping her keep the plates, Auger received a voicemail to that effect — from Sununu himself.

In a Facebook update describing the voicemail from Sununu, Auger wrote that the governor said “we took care of that issue,’’ and apologized for “that little bureaucratic hold up up there..and the push back….but obviously common sense prevailed.’’

In a follow-up message to the Globe, Auger said the voicemail from the governor was “pretty cool.’’

Then she expressed both her excitement and relief. 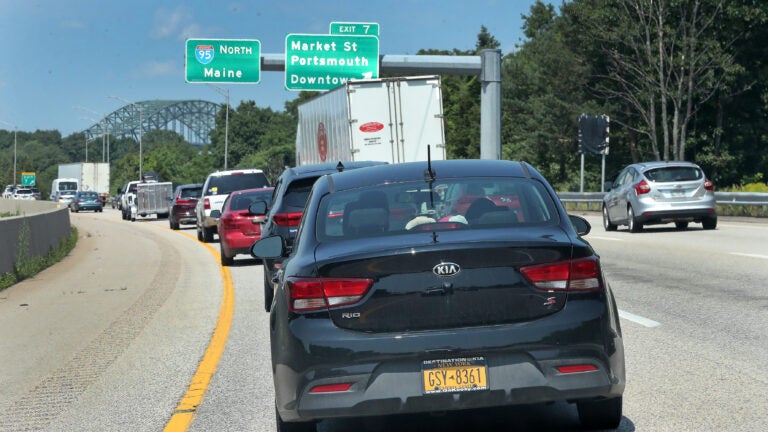