Three dozen protesters arrested during a controversial Straight Pride rally and parade in Boston Saturday could be in court Tuesday, according to the Suffolk District Attorney’s office, while Boston police said they plan to review officers’ use of force during the demonstrations.

Four officers suffered non-life-threatening injuries in connection with Saturday’s demonstrations, when about 200 marched in a parade to celebrate traditional families and defend heterosexuality, proponents said.

The parade, which began in Copley Square and ended in a rally at City Hall Plaza, was organized by a group called Super Happy Fun America. The group and its event were blasted by critics as homophobic.

Marchers were outnumbered along the parade route by thousands of protesters, many of whom gathered behind police barricades along Congress Street near City Hall.

On Sunday, Boston police released the names of the 36 people who were arrested Saturday, and the charges they face.

They are due to be arraigned at the Central Division of Boston Municipal Court, though it was unclear whether all would appear in court Tuesday, according to Renee Algarin, a spokeswoman for the Suffolk District Attorney’s office.

“We respect the rights of individuals to protest and take part in the democratic process. However, that right never trumps acts of violence or behavior that creates a risk for other participants, bystanders, or police,’’ Algarin said in a statement. “We’re reviewing each arrest and will make informed decisions based on the facts of each and the policies of this office.’’

US Representative Ayanna Pressley, a Boston Democrat, praised those who opposed Saturday’s march in a Twitter post.

“TY to the allies & accomplices who stood in the gap & laid their bodies on the line today in affront #LGBT hate march,’’ Pressley said in the statement Saturday. “To everyone feeling unseen & vulnerable today…we got you. Equitable outrage. Our destinies & freedoms are tied.’’

Pressley also posted a link to a fund which collected donations to cover legal fees and other expenses connected with “unplanned arrests’’ in connection with protesting the march, according to the fund-raiser’s website.

On social media Sunday, users posted videos of encounters between police and protestors, including one showing a pair of officers discharge pepper spray at protesters, forcing them back.

Police did not comment Sunday regarding the use of force and pepper spray during the demonstration.

“I also want to be clear that sowing division between people is exactly the goal of Straight Pride organizers, and I will not stand for it,’’ Walsh said. “Just as the people of Boston work to make our values of love, inclusion, and acceptance known to all, our public safety officials work tirelessly to keep people safe from harm every single day of the year, and that will never change.’’

The department’s policy on the use of an incapacitating agent such as pepper spray requires that officers “generally confine’’ their use of it to defend themselves or another person, or for when an officer is met with active resistance during an encounter.

Those rules, which are posted on the Boston police website, also warn of serious injury that can occur under some circumstances, such as being in an enclosed area without ventilation.

Dr. Ali Raja, the executive vice chairman of emergency medicine at Massachusetts General Hospital, said people exposed to pepper spray usually experience immediate symptoms of irritation in the eyes, forcing them closed, and in lungs, causing a hacking cough, that can last for 10 to 15 minutes.And the irritant can remain in the eyes and throat for as long as 90 minutes, he said.

While rarely fatal, there have been cases where people with pre-existing lung and heart problems have died after being exposed to pepper spray, Raja said.

A chemical used in pepper spray — capsicum — is the source of its irritating effects, he said. And when people exposed to the spray are brought to a hospital, they have to be decontaminated to prevent affecting medical personnel, he said.

Following the Saturday arrests, several protesters criticized officers for use of force, including Justin O’Donnell, 29, of Nashua, N.H., who said he was pepper sprayed by police.

“There was no need to use force,’’ O’Donnell told the Globe Saturday.

During large demonstrations, police face the challenge of determining when a protest must be broken up, said Charles J. Key Sr., a retired Baltimore police lieutenant who works as a police consultant.

Key spoke generally, he said in a phone interview Sunday, and was not commenting on the specifics of Saturday’s march and protest in Boston.

“The police officer still has to evaluate the potential of allowing the group to continue, and watching it spin out of control to the point . . . where people get killed,’’ Key said, pointing to the 2017 march and rally in Charlottesville, Va., when hundreds of white nationalists protested the removal of a Confederate statue.

One woman demonstrating against the white nationalists was killed by a man who had a fascination with Hitler and drove into a crowd, officials said.

Following large confrontations with officers, police departments will gather video to try and identify suspects who injured other people, he said.

“That actually is sometimes very successful, just simply because the individuals involved in it get carried away [and are] not really aware of all the different ways they’re being videotaped,’’ Key said.

Police will also review how officers responded at the scene, the level of force used, and whether officers obeyed the law and the department’s regulations and training, he said. 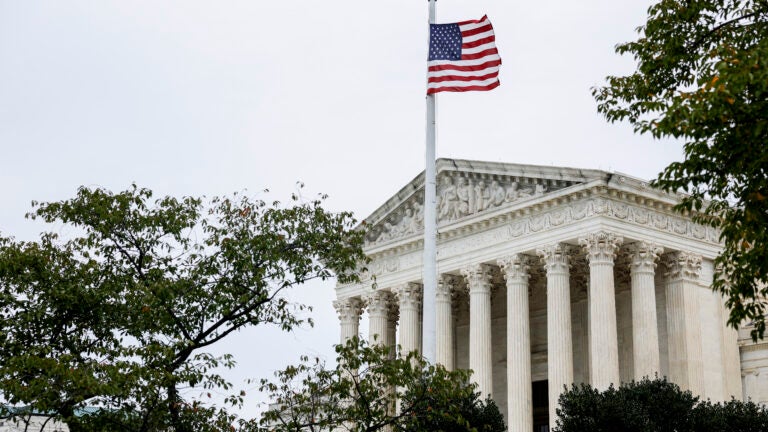