After weeks of silence, Harvard on Thursday night acknowledged that it had received about $9 million directly from disgraced financier Jeffrey Epstein and his foundations over a decade ending in 2007.

In a letter to the community, Harvard president Larry Bacow also announced that the university would expand an ongoing probe of its Epstein ties to determine whether aside from giving money directly to Harvard, Epstein also served as a conduit for other donors.

“Epstein’s behavior, not just at Harvard, but elsewhere, raises significant questions about how institutions like ours review and vet donors,’’ Bacow said in the message. “Jeffrey Epstein’s crimes were repulsive and reprehensible. I profoundly regret Harvard’s past association with him.’’

For months, Harvard has maintained that it did not take money from Epstein after 2007, the year before he was convicted convicted as a sex offender for soliciting a minor for prostitution and sentenced to serve a 13-month jail term. Bacow said that Harvard rejected one gift from Epstein after his conviction in 2008.

But revelations this past week at MIT have raised new questions about his involvement at Harvard. At MIT, Epstein not only gave money himself but also talked to other wealthy people about donating to that university’s Media Lab.

In the letter, Bacow acknowledged that Epstein’s largest gift was a $6.5 million contribution to establish the Program for Evolutionary Dynamics in 2003. But between 1998 to 2007, Epstein or his foundations also gave another $2.4 million in total gifts to support Harvard, Bacow said, based on current information.

This is the first time Harvard has acknowledged the additional $2.4 million in gifts given by Epstein to support the univeristy’s faculty and research.

Bacow said Harvard also recently learned that Stephen Kosslyn, a former faculty member and a beneficiary of Epstein’s philanthropy, designated Epstein as a visiting fellow in the pyschology department in 2005. The university is trying to gather more information about the appointment.

Most of the money was designated for immediate use, Bacow said, and has been spent.

But Harvard officials have also recently discovered that $186,000 of Epstein’s gifts remain in one endowment. That money will be given to non-profits working to help victims of human trafficking, Bacow said.

Epstein was found dead in August in his jail cell at a federal detention facility in Manhattan, where he was being held on charges of sex trafficking of minors.

The scope of Epstein’s entanglements at Harvard remain murky.

For example, according to emails released by an MIT whistleblower this past week, Epstein gave money to support a researcher who was visiting scholar at the Media Lab, but was based at Harvard’s evolutionary dynamics program. The emails were provided by Whistleblower Aid, a non-profit representing a former MIT Media Lab employee.

In the email former MIT Media Lab director Joi Ito asks Epstein in September 2014 to “re-up/top-off with another $100K’’ to extend the contract of Joscha Bach. That was after Epstein sent in $50,000 to MIT for Bach in July of that year, according to the emails.

In December 2013, Epstein had issued a press release praising Bach’s work and announcing that he was funding the scientist’s, “new innovative Artificial Intelligence software.’’

“This work has been supported by the Harvard Program for Evolutionary Dynamics, the MIT Media Lab and the Jeffrey Epstein Foundation,’’ Bach wrote in the paper.

Bach and Nowak did not respond to requests for comment.

Epstein repeatedly praised Nowak on the financier’s science-related website. And a number of scholarly papers published between 2006 and 2008 contain a brief sentence in the acknowledgments section: “The Program for Evolutionary Dynamics (PED) at Harvard University is sponsored by Jeffrey Epstein.’’

Epstein cultivated numerous connections at Harvard over the years.

Among Epstein’s close associates, according to a 2003 Harvard Crimson article, were former president Lawrence Summers, former dean of the Faculty of Arts and Sciences Henry Rosovsky, and Kosslyn.

And as late as 2012, a Harvard website detailing the schedule for professor George Church’s lab lists a meeting with Epstein in Nowak’s office — a year after Epstein was required to register as a high-risk and potentially dangerous sex offender in New York. Church has apologized for his ties to Epstein. 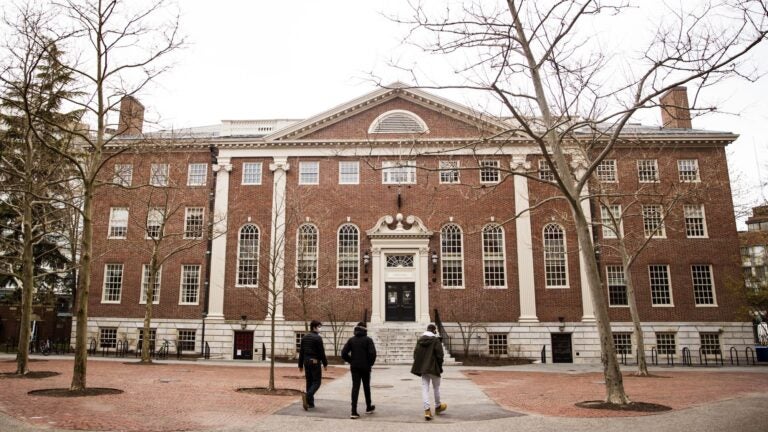 Here's why Harvard grad students are picketing this time