The fallout from Jeffrey Epstein’s ties to MIT continues.

In a public letter Thursday, MIT President L. Rafael Reif admitted that he and senior members of his administration were aware of donations Epstein made to the school, even after the deceased billionaire philanthropist was convicted as a sex offender.

Epstein — who was found dead in his jail cell last month while awaiting a trial for allegedly sexually abusing and trafficking dozens of underage girls — donated at least $800,000 over two decades to MIT, which recently commissioned an independent investigation into the matter. And according to the preliminary results of that investigation, Reif even signed a letter thanking Epstein for what was apparently the first gift the Cambridge university received from the former hedge-fund manager after his 2008 conviction for having sex with a minor.

Reif said that the law firm hired for the investigation, Goodwin Proctor,  found “a copy of a standard acknowledgment letter” thanking Epstein for a gift to physics professor Seth Lloyd signed by the university president on April 16, 2012, about six weeks into his presidency.

“Although I do not recall it, it does bear my signature,” Reif wrote Thursday.

But the preliminary findings found much more than the letter.

Reif said that it is now “clear” that senior administrators knew about Epstein’s continued contributions to the MIT Media Lab between 2013 and 2017. According to the investigation, Reif was present for at least one meeting during which the gifts were discussed.

Joi Ito, the director of the Media Lab since 2011, resigned over the weekend following a New Yorker investigation revealing the extent to which Epstein helped fund the renowned research center and the lengths that MIT employees went to conceal the relationship. According to the report, Epstein worked as an intermediary to secure at least $7.5 million in donations, including $2 million from Microsoft founder Bill Gates and $5.5 million from investor Leon Black. Ito also recently admitted that he accepted $525,000 from Epstein’s foundations for the Media Lab and another $1.2 million for his own tech investment funds.

Two other prominent Media Lab members also resigned last month over their inability to reconcile Epstein’s involvement in the center.

Reif said Thursday that MIT administrators first found out about Epstein’s first contributions to the Media Lab in 2013. After reaching out to Ito, they allowed the lab to keep the money, which was used to support general research, such as supporting scientists and buying equipment.

“They knew in general terms about Epstein’s history – that he had been convicted and had served a sentence and that Joi believed that he had stopped his criminal behavior,” Reif said. “They accepted Joi’s assessment of the situation. Of course they did not know what we all know about Epstein now.”

According to Reif, at least part of the reason MIT employees sought to keep Epstein’s donations quiet was so he could not “use gifts to MIT for publicity or to enhance his own reputation.” A self-styled “science philanthropist,” the 66-year-old had donated millions to Harvard-related initiatives, cultivating an image as a “Harvard man.” MIT administrators did not want that same public connection.

“They asked Joi to agree to make clear to Epstein that he could not put his name on [the gifts] publicly,” Reif wrote. “These guidelines were provided to and apparently followed by the Media Lab.”

The university president conceded that the school “could and should have asked more questions” about Epstein and his relationship to Ito, who has admitted meeting and visiting the disgraced financier at his homes.

“We did not see through the limited facts we had, and we did not take time to understand the gravity of Epstein’s offenses or the harm to his young victims,” Reif said. “I take responsibility for those errors.”

As the investigation continues, Reif says the administration has “already identified flaws in our processes” and is “confident” they will be able to improve them and “turn back to the central work of the Institute.” Reif has said that accepting Epstein’s donations was a “mistake of judgment” and that the school will donate the amount they received to a charity benefitting his victims or other victims of sexual abuse. 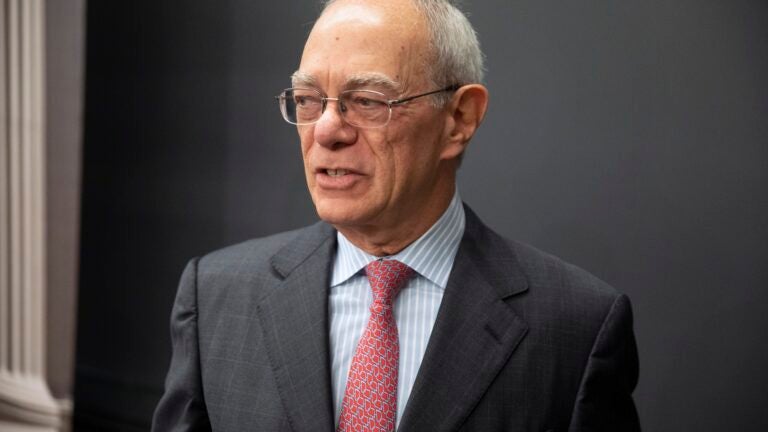