An 83-year-old woman says she has no regrets about burying the body of her friend in her Maine backyard a year and a half ago, an action she says was her friend’s dying wish.

Maine state troopers recovered the body, believed to be of a woman in her 80s, on Wednesday at 239 Harrison Road in Norway. Police said the woman likely died in the last 12 to 18 months, and investigators are working to determine her cause of death.

The homeowner, Vernelle Jackson, told WMTW she has explained to investigators that her friend was living with her and asked to be buried in the backyard.

“She begged me, and I have witnesses to this,” Jackson told the station. “She asked me not to let her down.”

The 83-year-old reportedly buried her friend next to a well over the course of two days, explaining that because she has COPD (chronic obstructive pulmonary disease) the task took her some time.

Vernelle Jackson, 81, of Norway says she was just fulfilling the wish of her dying friend when she buried a body in her backyard a year and a half ago. Her incredible story tonight on ⁦@WMTWTV⁩ pic.twitter.com/ih3ltchsof

Jackson told the station she didn’t know she needed a permit to bury her friend and isn’t sure if she’s in trouble with police.

“She begged me when she passed away that she didn’t have enough insurance to bury her, and I don’t have it,” the Norway woman told WMTW. “And she said, ‘Will you promise me to bury me in your yard so I’ll be close.’ She considered me as a daughter she never had. She said, ‘You’re the daughter I never had. I want to be close to you,’ and I finally agreed to do it to satisfy her.”

She told the Sun Journal she is cooperating with authorities and that her friend died of natural causes. The friends met in church while they were both living in the South more than 20 years ago, she said, and her friend moved into her Maine home four years ago.

According to the Sun Journal, the friend became seriously ill and bedridden and was under the care of a doctor and hospice care in the months before she died. Jackson told the newspaper police came to her home on Tuesday for a well-being check on her friend.

“I stand behind what I did,”Jackson told the Sun Journal. “If I had known I needed a permit, I would have got a permit.” 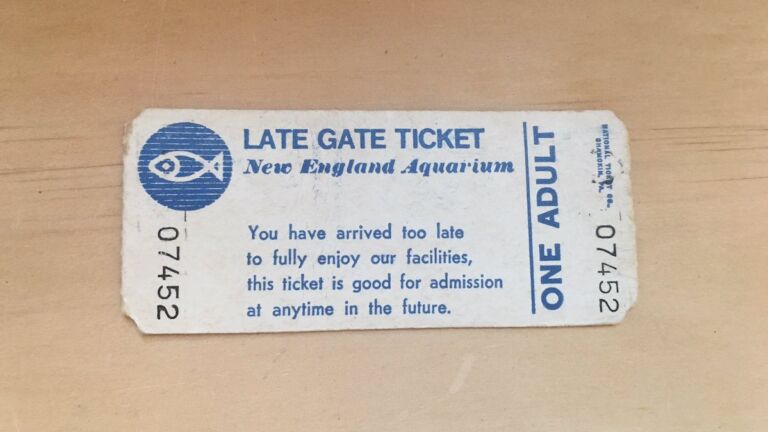 She had a 38-year-old 'late gate' ticket. The New England Aquarium still accepted it.