A New Hampshire middle school teacher allegedly cut a student’s hair as a disciplinary measure, and now the student’s mother is calling for him to be removed.

Jillian Miglionico told WMUR that last week, her daughter’s eighth grade teacher at Somersworth Middle School told her to stop playing with her hair. When she didn’t, the teacher reportedly threatened to cut her hair off. He then picked up a pair of scissors.

“He grabbed her hair and cut off a good three-inch chunk,” Miglionico told the news station. She noted that her daughter didn’t tell her what happened because she was “scared and embarrassed;” instead, a teacher’s aide brought it up to school officials and the principal called Miglionico.

“He missed, I think, three days of school while the internal investigation happened, and now he’s back in school and they put her right back in his classroom,” she said. “So it’s basically a total disregard for her.”

School district superintendent Robert Gadomski didn’t return a request for comment as of press time. He did say that the district is “investigating” and “is taking the situation very seriously,” according to the Associated Press. 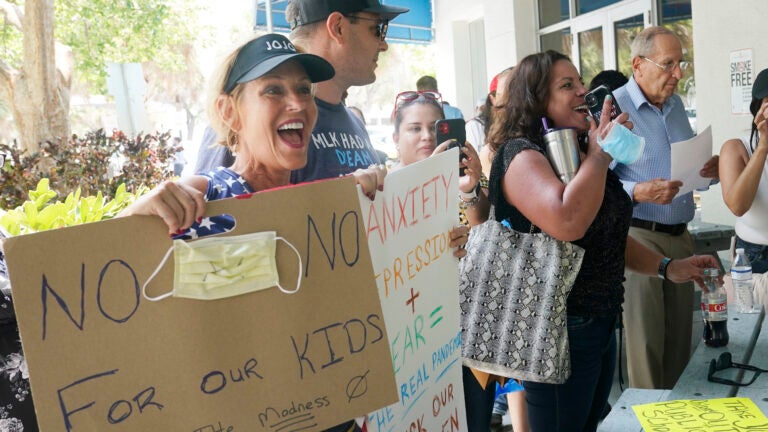