Days after the three-year anniversary of Laura Levis’s death, Peter DeMarco sat in a crowded room at the Massachusetts State House and urged lawmakers to pass legislation to regulate elements of patient access at hospitals — with the hope that what happened to his wife won’t happen to anyone else.

Levis was suffering a severe asthma attack when she went to CHA Somerville Hospital on an early September morning in 2016. She tried entering the hospital through a well-lit door, but found it was locked. There was no sign directing her to the correct entrance, and no one was at the security desk monitoring surveillance footage. She called 911, but by the time firefighters found her, she had collapsed on a bench outside the hospital in cardiac arrest.

She died several days later at the age of 34.

DeMarco wrote in detail about the circumstances that led to her death for Boston Globe Magazine this past November and in a series of follow up articles. On Tuesday, he told her story again as he urged lawmakers to take up the identical bills, S. 1276 and H. 1850, being called “Laura’s Law,” which would regulate and standardize lighting, way-finding, and other elements of patient access at hospitals.

In addition to Laura’s Law, DeMarco is pushing for changes to the state laws that limit the amount juries can award for malpractice that results in serious injury or death. Those changes will go before the Judiciary Committee in November.

He also is raising awareness about asthma to try to prevent anyone else from experiencing what Levis did. Last week, he penned an essay for WBUR about “Asthma Peak Week,” which falls during the third week of September, largely due to the pollen season for ragweed.

Levis didn’t know about it, he said, and it’s when her attack occurred.

“I really hope that someone else’s life is saved because of Laura’s story,” DeMarco told Boston.com in the days after the hearing.

Below, Boston.com spoke with DeMarco to learn more about the change he believes is needed and how he feels a year after first sharing Levis’s story.

The conversation has been lightly edited for clarity and length.

Boston.com: What do you want people to know about Laura’s Law and why it’s important?

Peter DeMarco: What happened to Laura that morning, it was a perfect storm. Everything that could have gone wrong, went wrong. There was no illuminated emergency room sign over any door for her to follow. The lighting at the hospital was misleading. The door she went to was brightly lighted — the door she was supposed to have gone to was dimly lighted. There was no one at the security desk to watch her approach the hospital on surveillance video or struggle outside. It was left unattended all night, a major safety failure. And also there was no “panic button” at the door she went to.

All these things together — I hope to God never happen to anyone else again. But all it takes is for you to lose one coin flip when you’re in an emergency, when you’re in a crisis and you’re going for emergency help. All you need is for one thing to go wrong. One door to be locked or one sign to be missing or one light bulb to be out. It only takes one thing to prevent you from getting emergency help as quickly as you should.

That’s one of the important things to realize —that one thing can stop you and it can delay you in getting help and that could worsen your condition. It’s why I feel this bill is so important because there are currently no standards for any of these elements at hospitals. Every hospital does what it feels it should, but there are no state standards. There are no best practice standards that are enforced. And while some hospitals do an exceptional job with all of these elements, other hospitals don’t. And as you know, Somerville Hospital, where Laura went, clearly did not.

It’s been almost a year since you wrote about Laura’s death. Did you ever think you’d be going to the State House to present legislation and doing the advocacy work around asthma awareness?

To write “Losing Laura,” I spent 10 months researching every aspect of Laura’s death. It was horrible …  After the story came out, I didn’t know what would happen. I didn’t expect that I’d have to become an activist and advocate. I naively thought that change would come about because there was this incredibly detailed and moving story about Laura’s death. People certainly were outraged by it and angered by it and saddened.

But I didn’t necessarily know or feel that things were changing. That some of the elements that I thought needed to be changed — from better emergency room access to improving our 911 system to raising awareness about asthma to making changes to our state’s malpractice caps to help families who are in the worst of all positions seek some sort of justice — these things just weren’t going to happen on their own.

I quickly learned that after the story came out, and I felt it was very important for me to work towards some of these changes in order to save someone else’s life. There’s nothing that will feel more important to me than bringing some meaning, some greater meaning, to Laura’s death. Because her death was so meaningless. 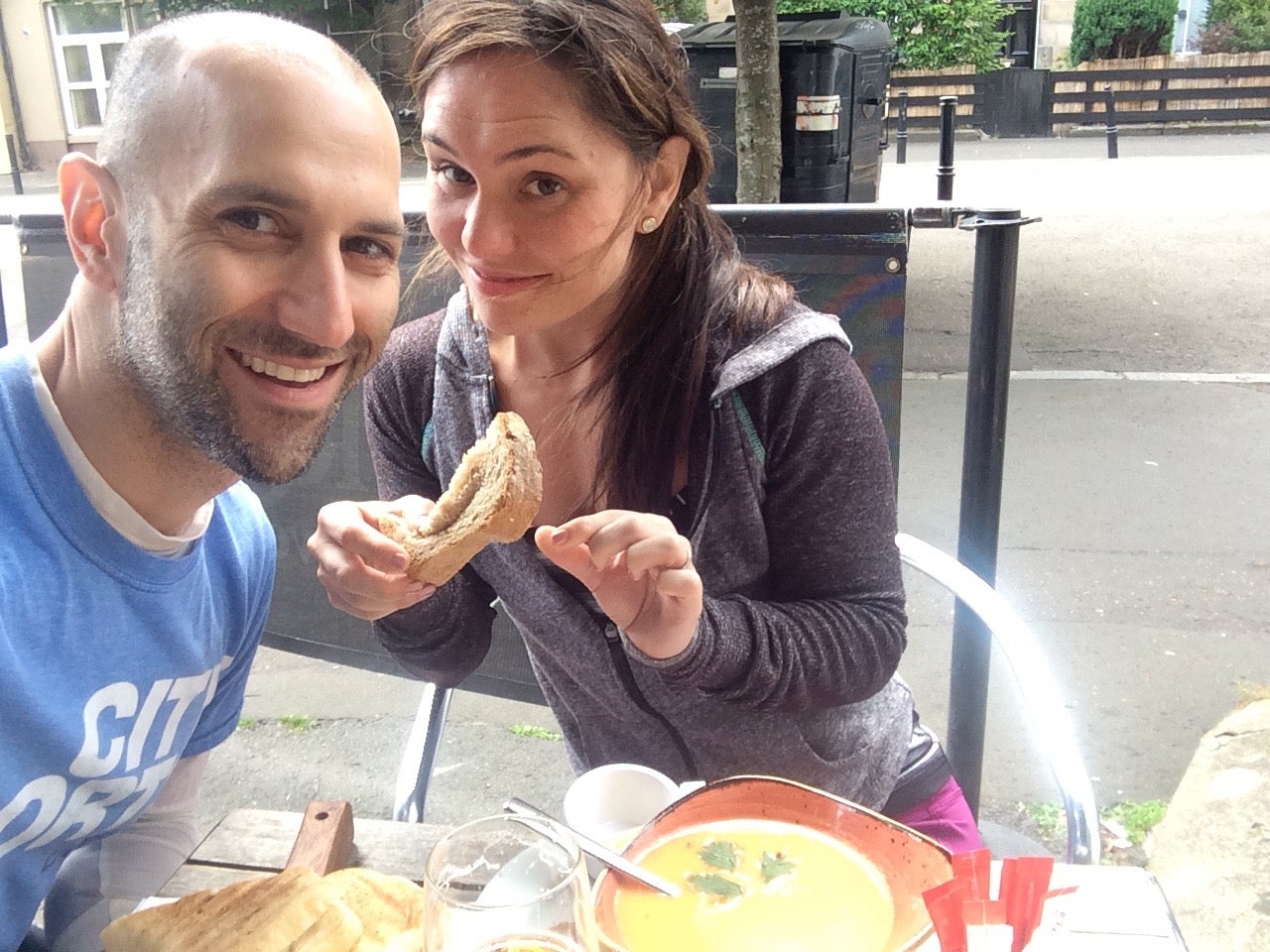 Peter DeMarco and Laura Levis at a cafe in Scotland in 2015.

What do you think she would think about the advocacy you’ve been doing?

I’ve been asked this question about what would Laura say or feel — and I just don’t know. I do feel that she would want other people’s lives saved by learning about what happened to her, that she would never want this to happen to anyone else again. I know she would feel that way.

It’s so difficult to put her face to all these terrible things — to failures at 911 or failures at emergency rooms or asthma. It’s so hard to do this.

But Laura was an incredibly strong woman. She was incredibly strong physically — she lifted weights — and incredibly strong emotionally. Laura would definitely want someone else’s life to be saved by sharing her story. And I think she would want to also just be remembered for the person she was — someone who loved life, every minute of life. She always had a smile on her face, always laughed, always dove into challenges, adventures, always wanted to try to hike a new mountain or try a new hip restaurant. She was incredibly loving and caring towards the people in her life, her friends, her family, nephews and nieces.

That’s what I want too. I want people to just remember Laura for who she was, in addition to what her story can do for others.

What would you say to people who are also advocating for some kind of a legislative or social change based on a personal experience, in the way that you have?

So for anyone who’s going through this, to try and change something, they shouldn’t feel like they’re just doing it alone. There will be people there for them to back them up every step of the way — and they may not even know who those people are yet.

Also, as difficult as all of this is, it’s for the right reason. All this work is for a reason. So I think if it’s in your heart — Laura is in my heart — if the cause is in your heart that’s also all the strength you need.

What do you want to see happen next? What are you looking forward towards, besides the passage of Laura’s Law?

There are in my mind more steps that need to be taken, more changes that need to happen. I certainly hope that Laura’s Law passes, I certainly hope that the state Legislature makes an important alteration to our state malpractice cap laws. So that victims of the most severe medical errors, of wrongful death in particular, that those victims are treated equally across the state. It won’t matter what hospital you walk into, what their tax status is, whether they’re a private hospital or a public hospital or a nonprofit. Harm is harm and pain is pain and accountability is accountability. Right now our laws don’t treat all victims equally, even for the same harm-inflicting pain, and I think that needs to be corrected.

Beyond that, I know that I’ve had discussions with our state 911 leaders, and I do hope that they are making progress in retraining operators across the state to handle callers who can’t breathe, callers with asthma, callers who are having heart attacks and strokes to, again, learn from mistakes that were made with Laura’s call. I think that’s so critically important and I hope there are more updates on that soon.

And what I really hope to do, once these other important changes are underway, is to honor Laura’s passion for fitness and strength training by turning my attention back to a fledgling foundation I’m starting in her name, The Lift4Laura Foundation. The goal would be to educate women about fitness, and asthma, and most importantly, to fund personal gym training sessions for abused and underprivileged women so that they can feel empowered both physically and emotionally in their lives. Laura would have so loved that.

The last thing that I would say is that for anyone who hasn’t read “Losing Laura,” I hope you get a chance to not only learn about changes that can be made [and] how incredible a person Laura was, but also just to learn about how fragile life can be. And how important it is to say you, ‘I love you’ to the people in your life. Maybe every day. Because life is so precious. 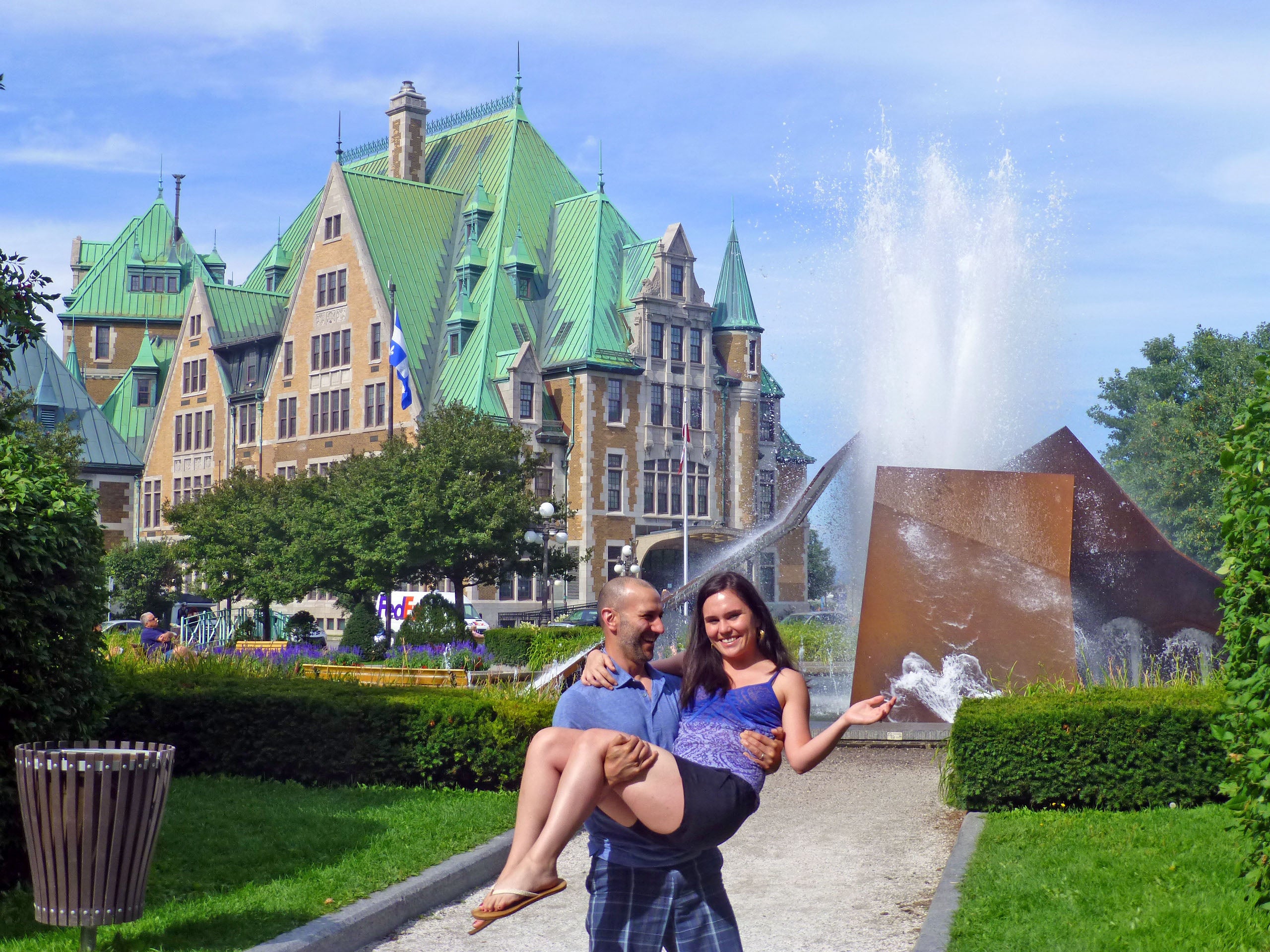 Peter DeMarco and Laura Levis on their honeymoon in Quebec City.

MassGOP committee woman who made anti-gay statements: 'I do not intend to be bullied into resigning'