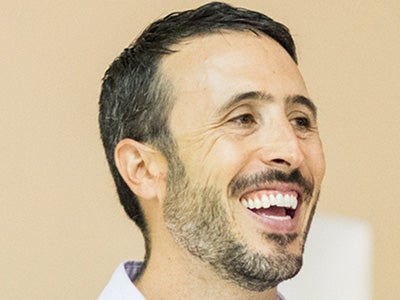 The bicyclist struck by a commuter rail train in Beverly Tuesday morning has died. He was identified by Emerson College’s student newspaper Tuesday afternoon as a journalism professor at the college.

Transit police Supt. Richard Sullivan confirmed that the victim died, but declined to publicly identify him. However, Emerson’s The Berkeley Beacon identified him as Moses Shumow, an associate journalism professor, and said it confirmed the news with college President M. Lee Pelton in a phone call.

Transit police responded to the Beverly Depot train station around 8:20 a.m. for a report of a bicyclist struck by an outbound train when crossing through the pedestrian cut-through. At the time police released the statement, 10:05 a.m., they said the bicyclist sustained “serious injuries” and was rushed to a nearby hospital.

“The college is still ascertaining exactly what happened but it is an extraordinary loss for the college,” Pelton told the Beacon. “Our thoughts and prayers go out to his wife and his children and his friends.”

Shumow just began teaching at Emerson this year, according to the college’s website. Originally from New Mexico, he produced documentary films for well-known television stations, including History Channel and Discovery.

It is with great sadness that we write to inform you of the sudden death of Associate Professor Moses Shumow, who was a 2001 graduate of Emerson’s MA in Broadcast Journalism program and a new addition to the Journalism faculty this fall. While we are still learning the details of this tragic incident, according to the MBTA Transit Police, Moses was struck by a commuter train in Beverly while riding a bicycle through the pedestrian lane.

We would like to express our deepest condolences to Professor Shumow’s wife, Rose, his three children, and to his family, friends, colleagues, students, staff and others who mourn his loss.

Professor Shumow came to Emerson from Miami, where he taught journalism and media at Florida International University for nine years after receiving his Ph.D. in Communication from the University of Miami. He spent a decade producing documentary films for local and national networks, including PBS, National Geographic, History Channel and Discovery. Prior to his arrival at Emerson, his research, teaching and community engagement efforts involved storytelling and digital media production within Miami’s complex and diverse urban geographies.

Recently, Professor Shumow’s work had been in Liberty City, a historic African American community in Miami currently experiencing hyper-development and gentrification. He was the editor of Mediated Communities: Civic Voices, Empowerment and Media Literacy in the Digital Age (Peter Lang) and co-author of News, Neoliberalism, and Miami’s Fragmented Urban Space (Lexington Books). He received numerous awards for his work including the duPont-Columbia Gold Baton Award, the Rocky Mountain Emmy for Cultural Programming, was named a Miami Urban Future Initiative Fellow in 2018, and was the author of several books and articles about media literacy and journalism studies.

Professor Shumow first met Emerson’s Dean of the School of Communication Raul Reis at FIU, where Reis previously served as Dean of the School of Journalism and Mass Communication. It was there that Dean Reis recognized Moses’ extraordinary talent, energy and dedication as a young faculty member. They developed a close professional relationship and personal connection, which was instrumental in bringing him back to Emerson.

Moses was passionate about the role of media in vulnerable and marginalized communities, and he was deeply excited to return to Emerson and to engage his students in this important work. The fact that his life and his work were cut short this morning is an unimaginable tragedy.

Support for the Emerson College Community

This news must come as a shock to many of you, and we encourage you to seek support. Emerson counseling staff are available to meet with you. Their offices are located at 216 Tremont St, 2nd Floor, and normal working hours are Monday-Friday 8:45 am-5:00 pm. For after-hours crisis service, please call 617-824-8595.

Many of you may also find comfort in spiritual guidance. Julie Avis Rogers, Director of Spiritual Life at Emerson, will hold open hours today from 5:00 pm until 6:00 pm in the Center for Spiritual Life, 172 Tremont Street, Suite 408. Please do not hesitate to seek her out.

We will share information about any services, including an Emerson community memorial service with you as soon as details become available. 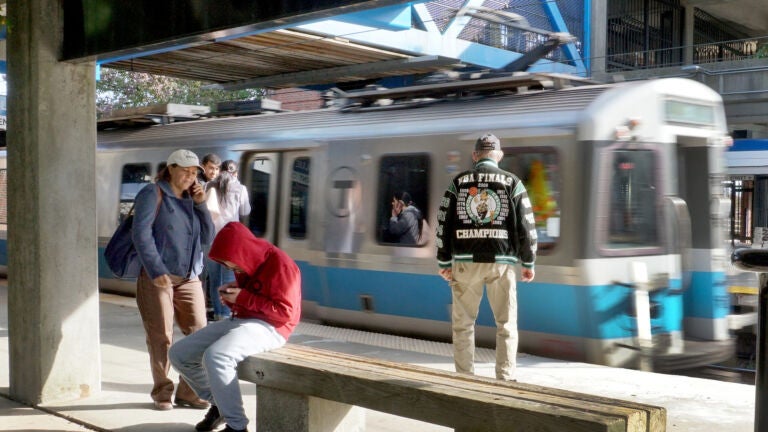