A new poll shows that Massachusetts voters are open to a number of different proposals, including new fees and tolling changes, to address the state’s transportation and traffic issues.

But don’t expect any of them to come to fruition in the immediate future.

House Speaker Robert DeLeo says the legislature is pushing off a much-anticipated debate over new transportation funding until next year, with the 2019 legislative session set to expire next Wednesday.

“We decided that it’s better that we try to get this right than to try to comply with, I guess you could say, a somewhat arbitrary deadline,” DeLeo said in an interview Thursday with the State House News Service.

The Winthrop Democrat had previously hoped to have the debate this fall, amid the state’s increasing traffic congestion issues and MBTA officials’ calls for increased funding.

DeLeo now says he’s “shooting for January” to vote on a revenue bill — and Bay Staters appear eager for the results.

A poll released Friday by MassINC shows that voters in Massachusetts are overwhelmingly supportive of increased revenue to improve transportation improvements, as well as a number of ways to provide funding.

The poll, which surveyed 600 registered voters, found support for raising new revenue for transportation at 77 percent, with just 15 percent opposed.  Seventy percent of voters rated the state’s road system as fair or poor; 66 percent said the same of the public transportation system. More than two-third of voters said improving both should be a major priority.

When it comes to actually raising the revenue to support those improvements, 73 percent said they support the idea of “value capture, ” in which the state would collect contributions from real estate projects near highways or public transportation to pay for local improvements. And 62 percent said they would support a regional proposal known as the Transportation and Climate Initiative to charge fuel companies a fee based on the amount of carbon emissions they produce.

More controversial, however, was the idea of increasing the state’s 24-cent-per-gallon gas tax, which lawmakers have reportedly signaled would likely be part of any upcoming transportation funding bill. Just this week, a coalition of dozens of Massachusetts mayors and town managers called for a 15-cent-per-gallon increase in the gas tax, though Gov. Charlie Baker has said he opposes such a “big increase.”

Other revenue-raising proposals that received majority support included increasing fees of ride-hailing companies like Uber and Lyft, especially for single-passenger trips; installing tolls at the state’s borders; and allowing local cities and towns to hold their own votes on raising taxes to pay for transit projects. A surcharge on commercial parking spaces also received slightly more support than opposition.

Voters were evenly split — 46 percent to 47 percent — on the idea of increasing tolls during rush hour, despite its traditional reputation as a political nonstarter.

“The urgency that voters are feeling and the urgency voters are expressing, it matches what we’re seeing from business groups, civic leaders and so forth,” Steve Koczela, the president of the MassINC Polling Group, told WBUR. “Voters are saying they want something to be done.”

Something — but not anything.

The only ideas surveyed that Massachusetts voters solidly opposed were adding tolls to highways that currently don’t have them, like I-93 and I-95; raising fees at the Registry of Motor Vehicles; and adding a toll to drive to Logan airport (most drivers already pay a fee to get there through the Boston Harbor tunnels). 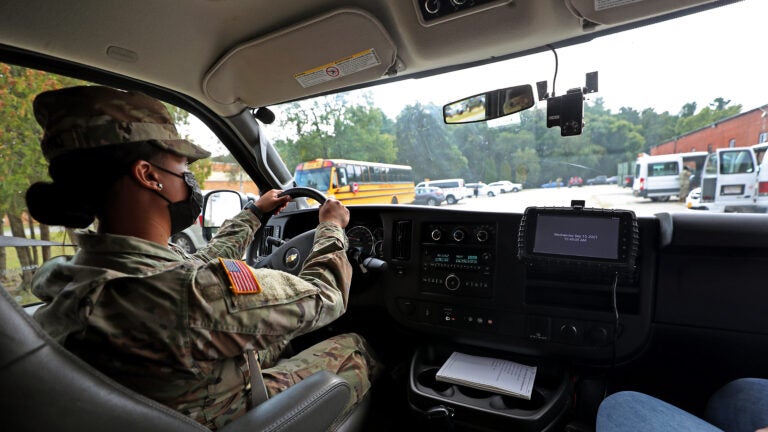