WORCESTER, Mass. (AP) — A Massachusetts fire lieutenant who died after helping two colleagues escape a burning home was dedicated to his family and his profession and took younger firefighters under his wing, speakers at his funeral Mass said Monday.

Hundreds of members of the Worcester Fire Department as well as family and friends filled St. John’s Catholic Church while hundreds of firefighters from departments around the region lined the streets outside to pay tribute to Lt. Jason Menard.

Menard, 39, was “a great dad and husband in every way” who never missed his three children’s games or recitals, said eulogist Lt. John Dwyer.

“He gave everybody their own time and let them each know how important they are,” Dwyer said.

Menard died Wednesday after he and his crew went into a city home to look for a baby possibly trapped on the third floor. He helped two fellow firefighters escape but was unable to get out in time himself.

One of the firefighters he helped save was Chris Pace, who remains in the hospital with broken bones and burns.

“Thank you will never be enough,” Pace’s brother, Dan Pace said during the service. “His action is the only reason why my brother is still here today.”

Chris Pace became a firefighter last year and Menard took the younger man under his wing.

Menard was a Worcester native who attended Doherty High School and married his high school sweetheart.

“Our entire city struggles again alongside our dedicated fire department,” Rev. Walter Riley said. “Not only do we have a beautiful family hurting, but we have a city that shakes its head in disbelief.”

About 15 people, including an adult woman who was hospitalized, were displaced by the fire, which remains under investigation.

Menard’s death was the ninth line-of-duty death for the Worcester Fire Department in the past 20 years.

The death came less than a year after the on-duty of death of Christopher Roy, and about a month before the 20th anniversary of the deaths of six Worcester firefighters in a warehouse blaze in December 1999. 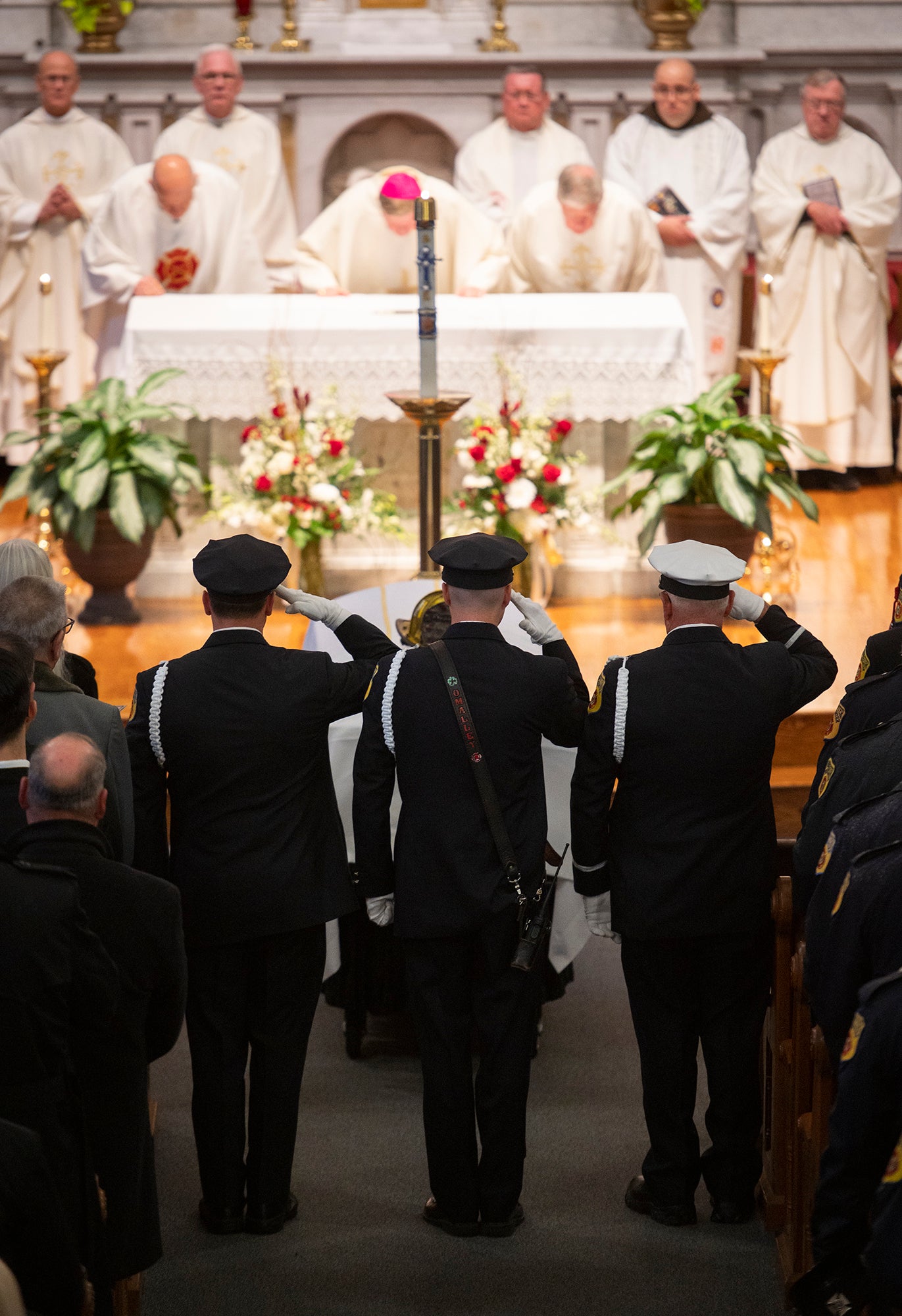 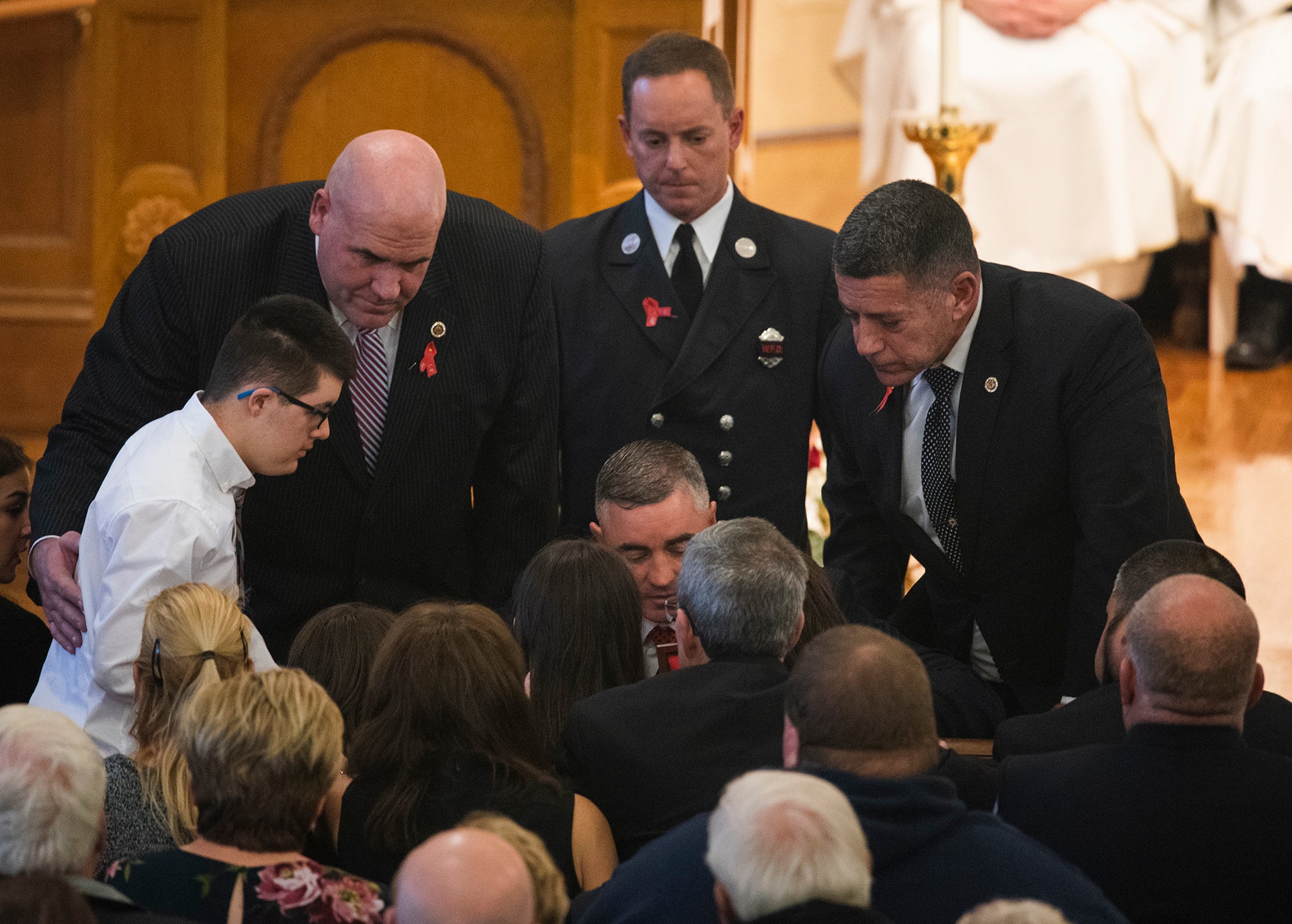 The Menard family is presented with the Martin E. Pierce Commemorative Line-of-Duty Death Medal during the funeral. 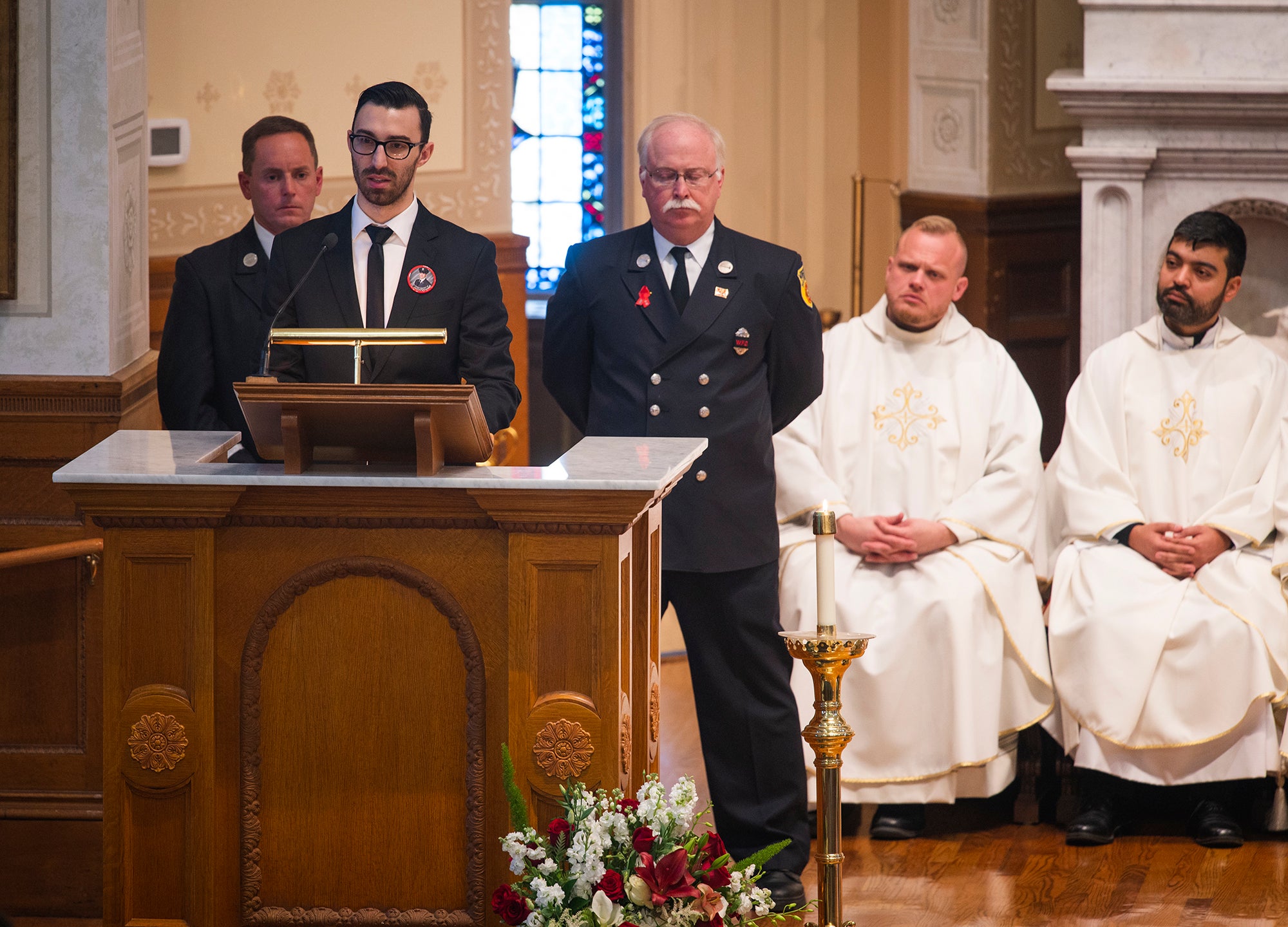 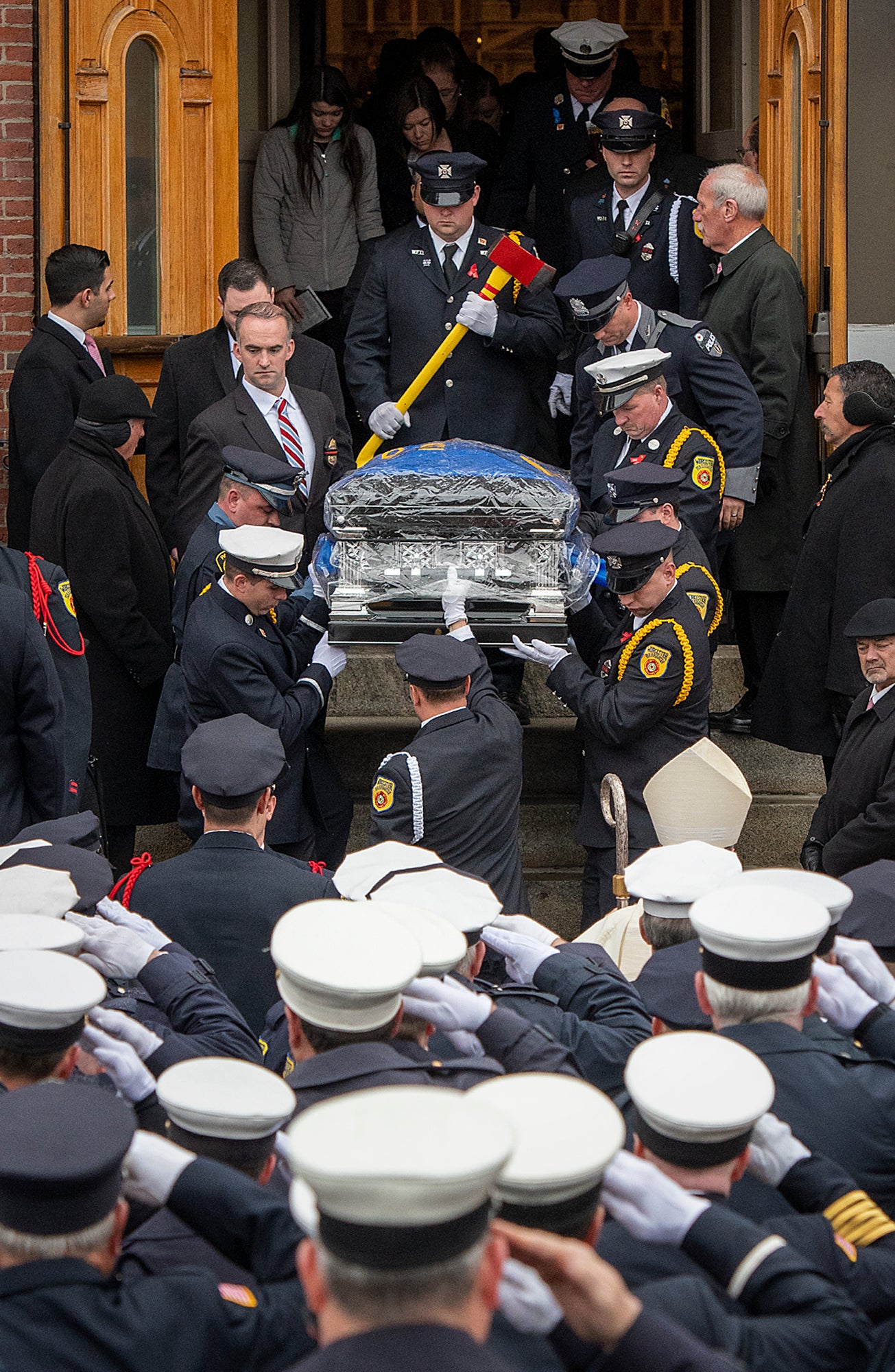 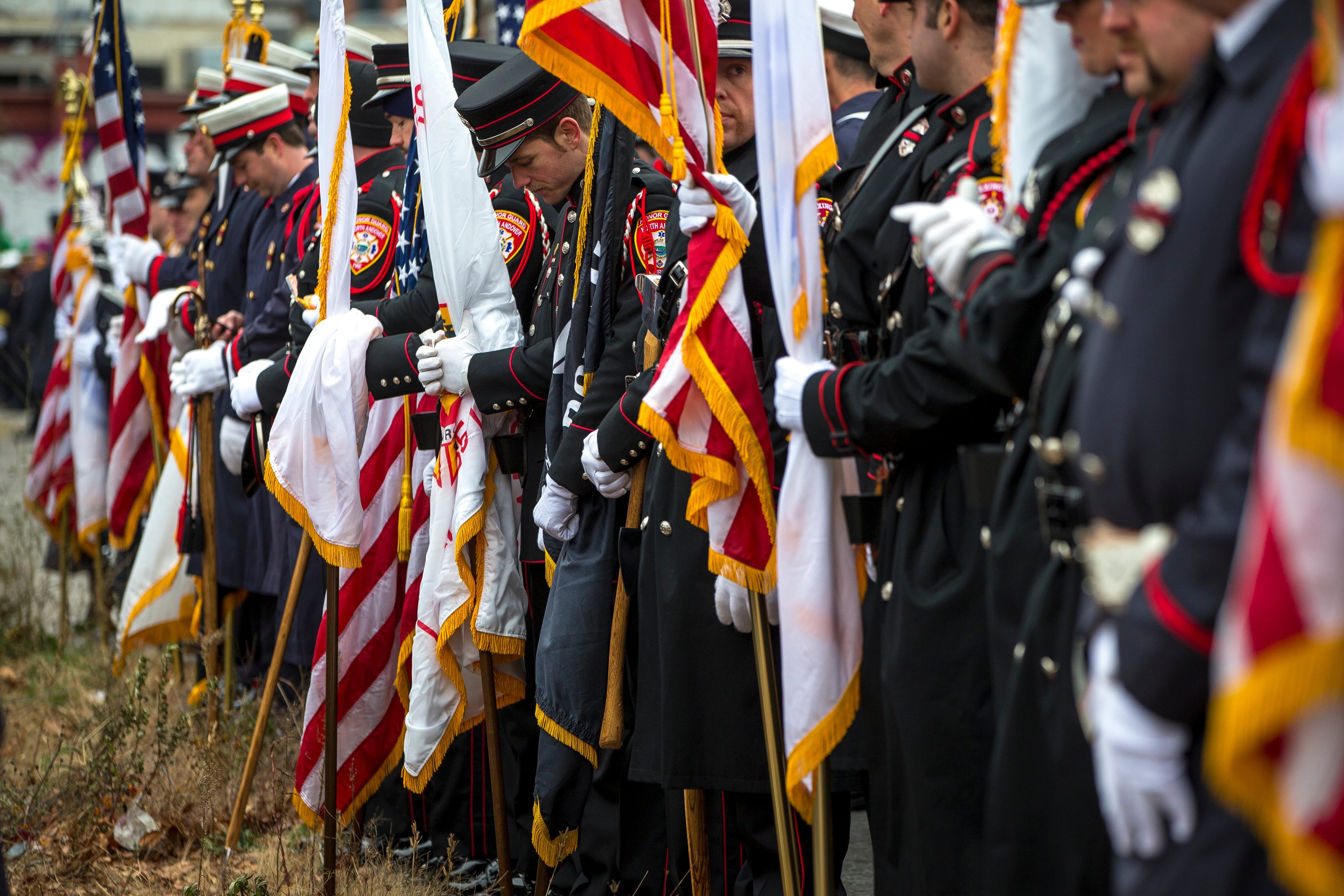 The Firefighter Honor Guard waits outside the funeral. 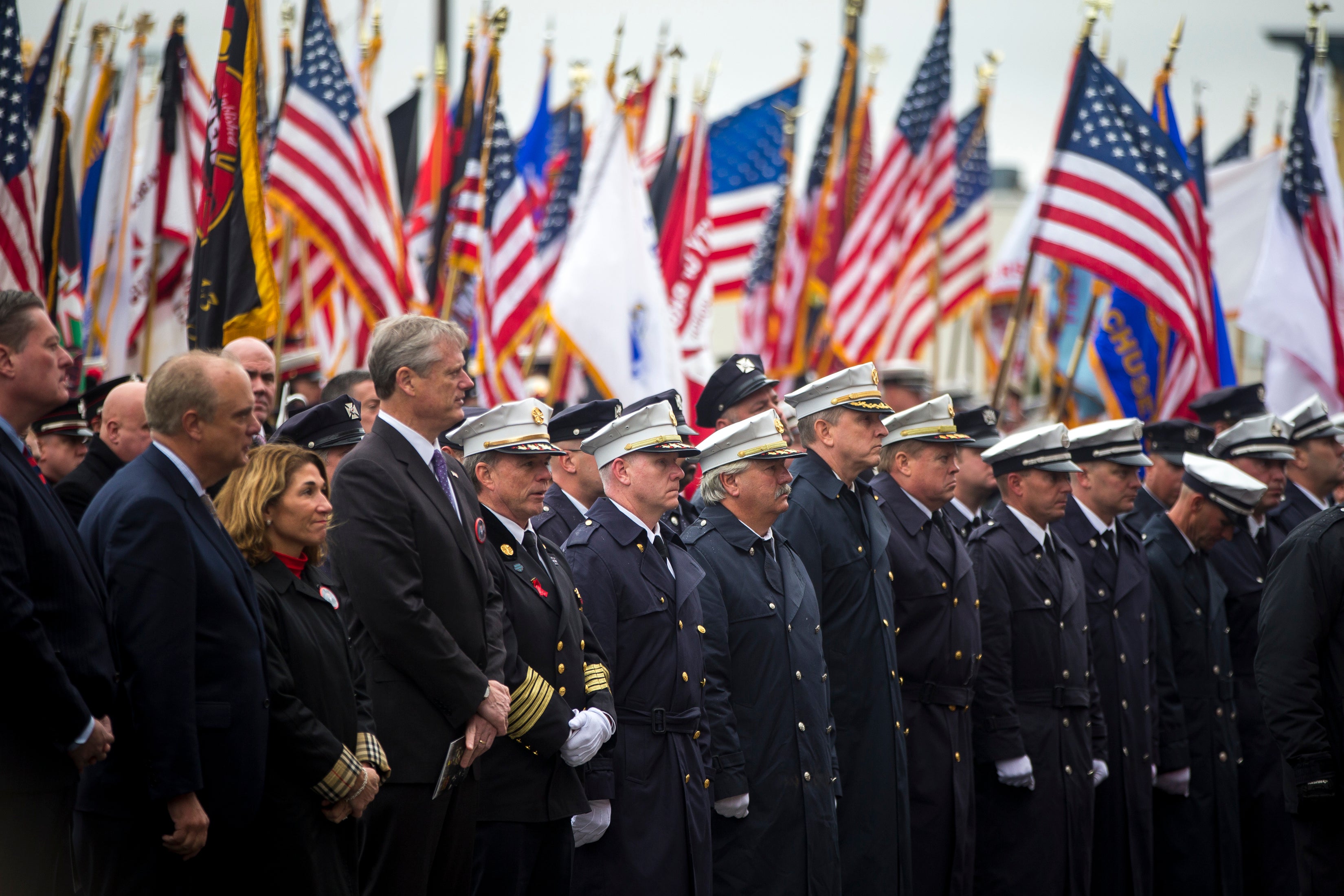 Politicians and firefighters wait for the casket of Worcester Fire Lt. Jason Menard after the funeral. 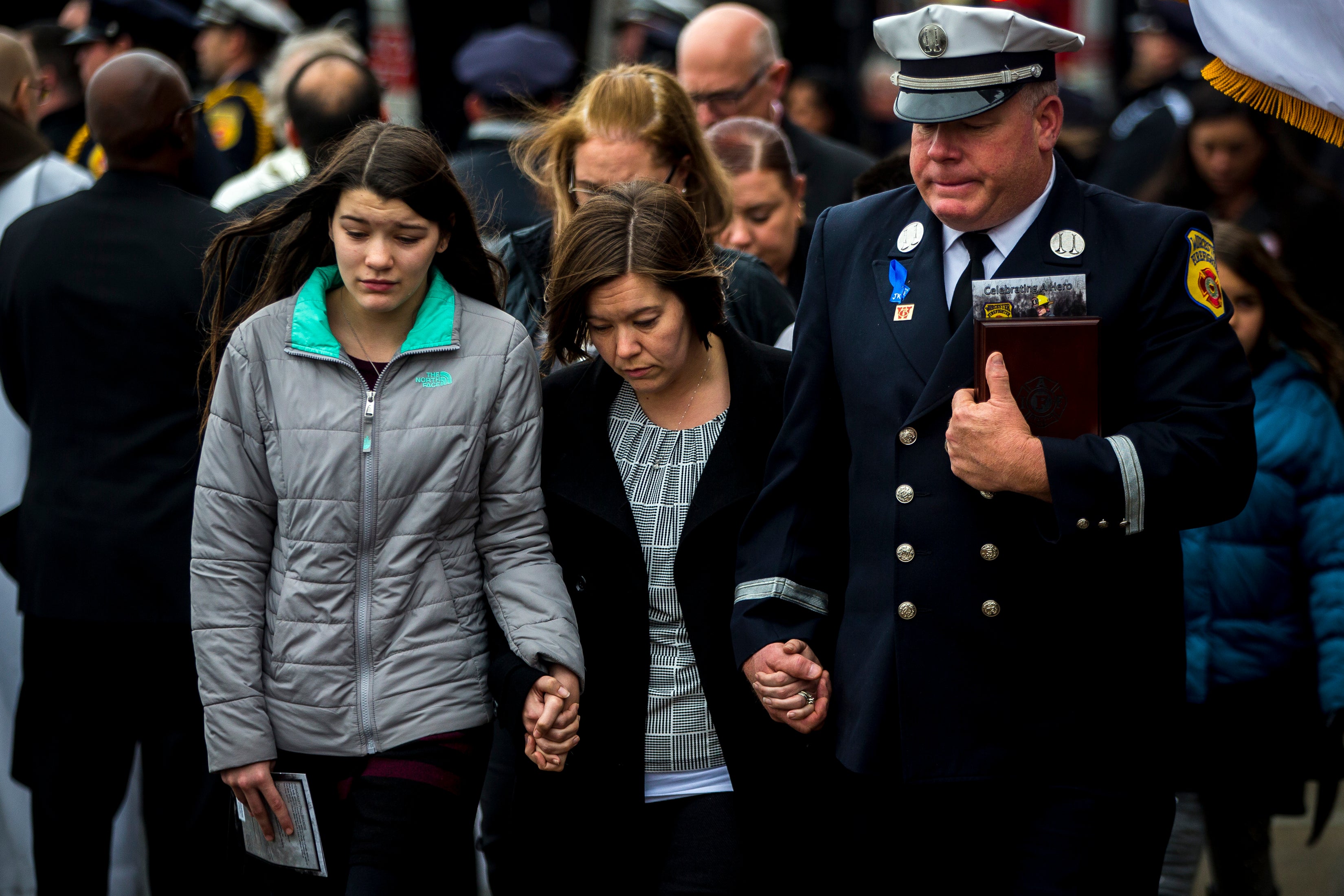 Mourners walk together after the funeral. 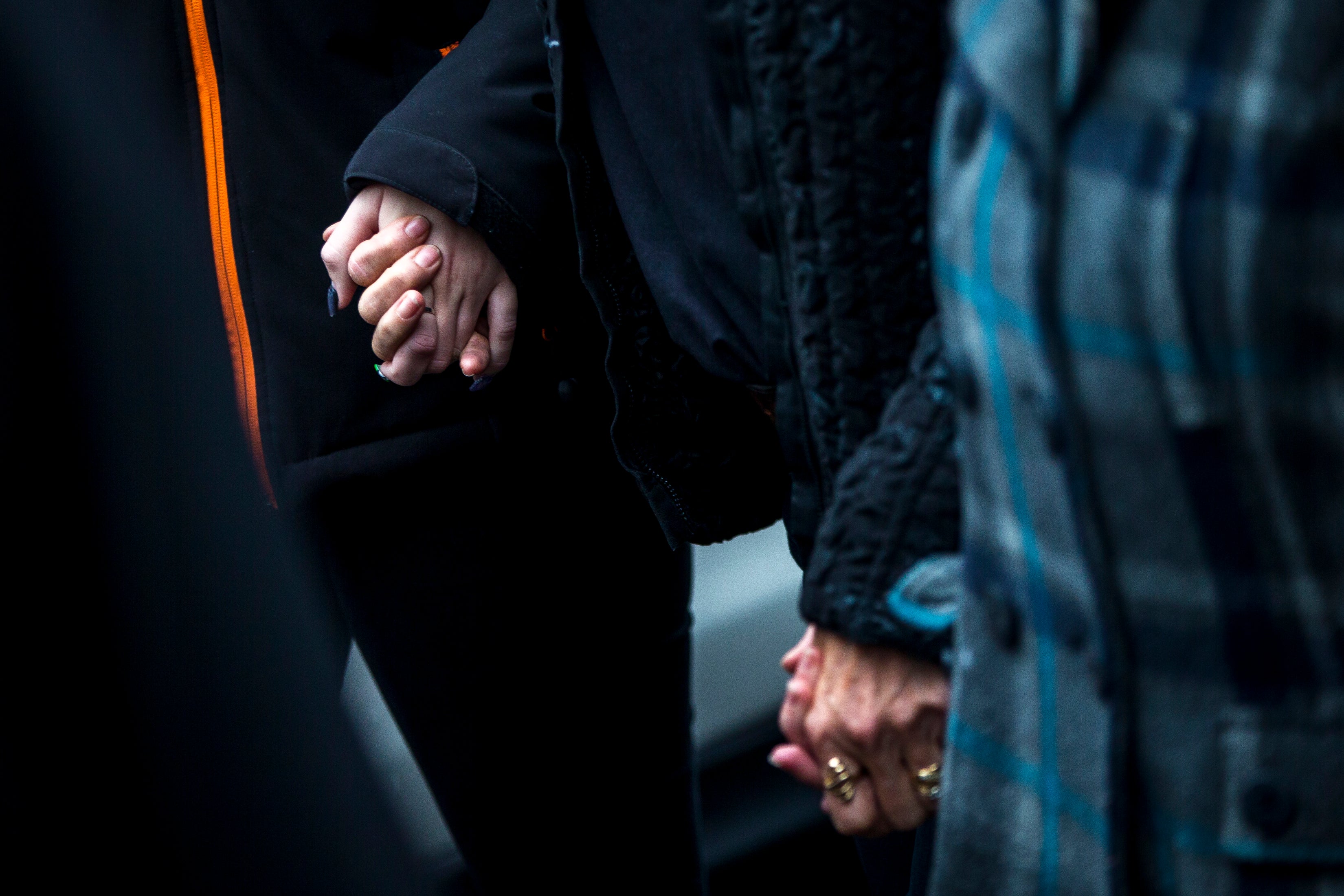 Mourners hold hands after the funeral. 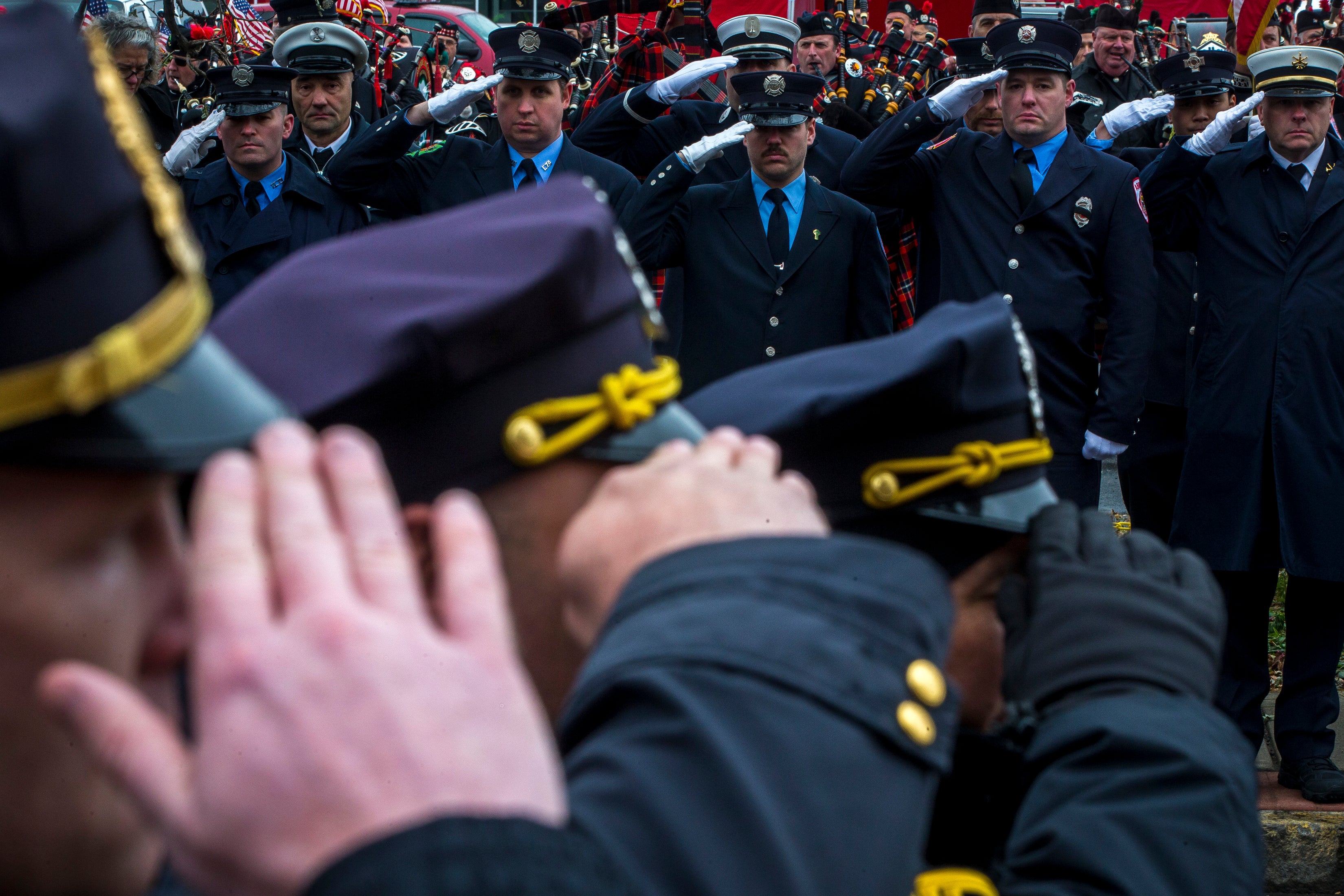 Firefighters stand at attention after the funeral. 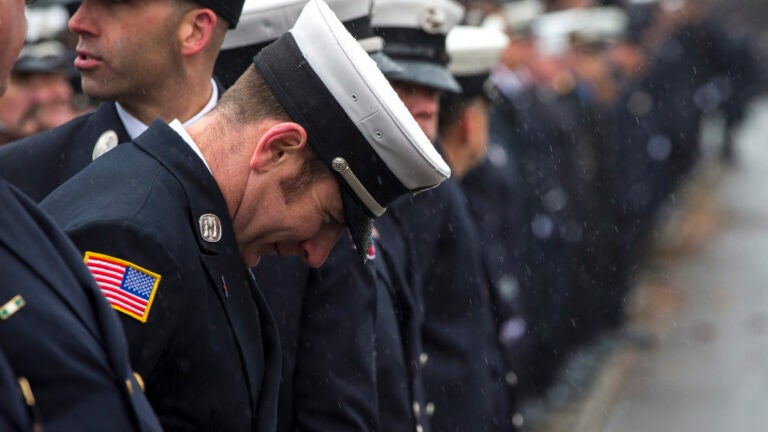