A new rule finalized by the Trump administration this week could kick nearly 700,000 adults off of Supplemental Nutrition Assistance Program benefits, formerly known as food stamps. An estimated 35,000 of those at risk are Massachusetts residents.

An estimated one in nine Massachusetts residents receives SNAP benefits, and the average recipient gets $1.38 in assistance per meal.

This new rule limits states’ flexibility in providing those benefits to able-bodied adults with no dependents.

Currently, people who fit into that category are allowed to receive SNAP benefits for a maximum of three months during a three-year period. Exceptions to this rule are made for those who are working or enrolled in an education or training program for 80 hours each month. Others, including pregnant women and those who can prove they’re caring for a disabled family member, are exempt from the time limit.

States have also been allowed to waive the three-months-every-three-years time limit within certain parameters, such as in some areas with especially high unemployment rates. The rule that was finalized Wednesday takes away a great deal of that flexibility.

According to the USDA, the waivers are “weaknesses” that states have “taken advantage of” when it’s unclear whether the conditions to receive one have been met.

“This manipulation is demonstrated by the fact that currently about half of the [able-bodied adults with no dependents] on SNAP live in waived areas, despite low unemployment levels across the majority of the country,” the new rule states.

Advocates say the rule change will leave thousands of people without a way to put enough food on the table, and leave states less able to help citizens in the event of a recession.

“It kind of guts this longstanding practice,” said Vicky Negus of the Massachusetts Law Reform Institute. “It says to states, ‘We don’t think you are best qualified to understand the needs of your population.’”

Julie LaFontaine, executive director of The Open Door food pantry in Gloucester, said the organization is bracing for what could happen when the new rule goes into effect. One in six Gloucester residents already use Open Door’s services, and rolling back federal help will put even more pressure on the pantry.

“It’s already a finely balanced act,” she said. “A change like this really will destabilize households in our communities and increase poverty.”

Gloucester received a waiver for the time limit in 2016 and 2017 due to high unemployment rates, but LaFontaine said she’s worried the city wouldn’t be granted the same waiver during a future economic downturn.

Negus said there are countless reasons someone wouldn’t meet the work requirements but still need SNAP support. She worked with one woman who was employed part-time at a school and wanted to make sure she was present to help both of her children get into college. When they turned 18 and were no longer dependents, she had three months to find more work that would allow her to keep receiving benefits.

“She just couldn’t piece it together,” Negus said. “She was still working, but it wasn’t enough.”

She continued to receive SNAP benefits for three months after her youngest turned 18. Then she was cut off.

“Let’s just call this what it is: It is another attempt by the Trump administration to further a false narrative and fictional stereotype about people who are struggling with poverty,” MLRI’s executive director Georgia Katsoulomiti said in a statement.

Though the Trump administration points to low unemployment across the nation as a reason to roll back SNAP, Negus said there are still plenty of people who are don’t have access to a “good, consistent job” for various reasons.

She said the rule will hit states that have large gig economies, such as Massachusetts, particularly hard, since many of those in the workforce don’t have regular or reliable hours.

Language barriers, lack of a high school or college degree, lack of training, undiagnosed impairments or disabilities, or living in an area where well-paying jobs are in short supply are just a few more reasons someone could have difficulty finding a steady job, she said.

“This rule just says to people who are in that predicament, ‘We don’t care that you need a little bit of help finding a good job so that you can move ahead,’” Negus said. “It says, ‘We’re going to take the food off your table, and we’re going to force you to go hungry as you’re trying to figure out what to do next.’ And being hungry doesn’t help people find good jobs.”

The rule is slated to go into effect on April 1. 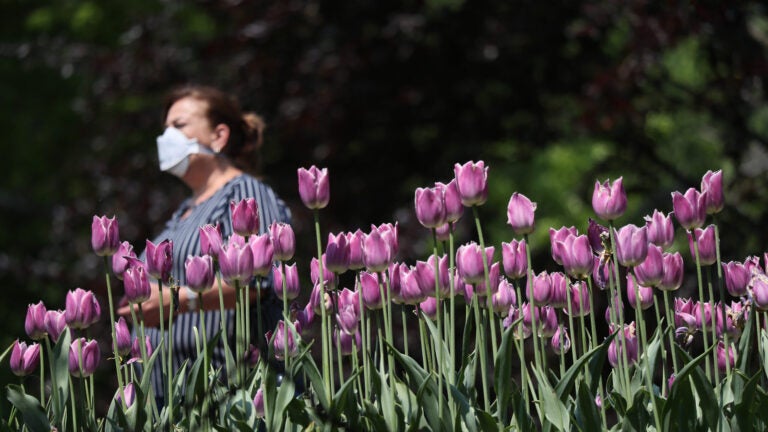