MBTA officials often say that safety is their top priority.

But according to a new report commissioned by the transit agency, it isn’t.

Their final report, delivered Monday to the MBTA, found it lacking — for reasons ranging from leadership turnover to cost-cutting efforts to workplace culture, in which employees “lack trust” and “fear retribution.”

“In essence, safety is not the priority at the T, but it must be,” the panel wrote in a seven-page executive summary. “To meet the demands of the future, the agency must address its safety culture – it is critical to every aspect of the agency.”

The findings don’t necessarily mean that riding the MBTA on a daily basis is unsafe (in general, mass transit is significantly safer than driving). However, while the panel found that the MBTA “performs the necessary core functions to be considered a relatively safe system,” their report stressed that many aspects of the agency’s approach to safety “need immediate attention.”

The group of experts found that the MBTA was not following through on “critical” preventative inspections and quality control measures, which they said might explain the recent service disruptions. The report characterized the agency’s overall approach to safety as “questionable.”

“In almost every area we examined, deficiencies in policies, application of safety standards or industry best practices, and accountability were apparent,” they wrote.

One possible “overarching reason” for the deficiencies was the remarkable turnover rate at the MBTA’s highest position. Since 2010, the agency has cycled through nine general managers and the panel said that churn rate was “incredibly disruptive and has placed the agency in a vulnerable position.” Steve Poftak, the current general manager, was appointed to the role last December.

But the issues go beyond one person.

The report said that operational cost-cutting goals of the MBTA’s Fiscal and Management Control Board had put the agency in a bind, as officials work to speed up the pace of a five-year, $8 billion capital improvement plan. Based on their interviews, the panel said the two conflicting goals has left MBTA leadership “defeated, helpless and in some cases hopeless.”

“There is a general feeling that fiscal controls over the years may have gone too far, which coupled with staff cutting has resulted in the inability to accomplish required maintenance and inspections, or has hampered work keeping legacy system assets fully functional,” they wrote. “Staff repeatedly shared their frustration with the cost-cutting process and the inability to acquire new positions as needed to accomplish the task at hand.”

The report added that while the improvement plans assert safety as a “priority,” the “reality” is that the MBTA has been more dedicated to capital acceleration. They also said the FMCB itself was being stretched by a provision in its founding law that requires members to meet 36 times a year. The mandate has reportedly forced MBTA staffers to“take their eye off the ball,” spending too much time on preparing for meetings than more important safety issues.

Lastly, the panel found a general lack of “upward and downward communication within the agency,” contributing to an agency-wide culture of “blame and retaliation” that discouraged frontline employees from reporting problems. In July, a former MBTA official claimed he had been fired in retaliation for raising safety concerns (which the agency denies).

“Perceived or real, employees in general do not trust their leadership and therefore, do not share with leadership what is happening in the field for fear of heavy-handed discipline,” the report said.

“The workforce does not feel supported by management and are clearly frustrated with the management’s lack of responsiveness to their needs,” they wrote. “We heard countless situations where employees’ requests for needed safety equipment or support went unanswered. During this review, we also heard and gained first-hand knowledge of circumstances where employees, who reported safety issues on numerous occasions eventually lost faith in management’s ability to care about getting anything done. As a result, it is likely that many safety issues today go unreported.”

The report did sound one positive note: The commuter rail. Ironically enough, given the issues the rail network faced during recent storms, the panel said the commuter rail was “performing well and does not face many of the challenges that were identified on the transit side of the house.” The report attributed the performance to the fact that Keolis Commuter Services, which operates the system, must abide by federal regulations.

The panel suggested that the MBTA adopt Federal Railroad Administration standards for its subway system as well, among nearly three dozen other recommendations. They also said the agency should ask lawmakers to reduce the 36-meeting-a-year mandate for the FMCB or at least “make meeting preparation less burdensome on staff.” Other recommendations included ensuring more resources — both human and financial — are dedicated to ensuring safety standards, adding more seasoned transportation experts to the MBTA’s leadership team, and identifying areas of deferred maintenance.

MBTA leaders said Monday that they were grateful for the report, even if it was harsh on their practices. Poftak admitted as far back as October that there was a discontent between MBTA management and employees around safety, much like what the new report described.

“I’ve allowed a dynamic to develop, where as a management team we are focused on these meetings and it comes, at least for us, at the expense of a focus on operational performance and contact with our workforce,” Poftak said at the time.

In a statement Monday, he added that the “MBTA has been working aggressively to improve safety across the board, and we have already implemented or begun implementing many of the recommendations of the Safety Review Panel.”

FMCB Chairman Joseph Aiello also took the report in stride, thanking the members of the panel and noting that “we clearly don’t have an acceptable safety culture spread across the entirety of the organization.” The temporary oversight board, which was formed in the aftermath of the MBTA”s disastrous 2015 winter, is slated to disband next year. Gov. Charlie Baker told reporters during a press conference Monday that he plans to file legislation regarding what succeeds it, with safety as a focus.

“While the FMCB has been committed to making the T world-class in safety and reliability, this report demonstrates that we and the board that will succeed us next year must become more consistent and rigorous in promoting safety as our core mission and ensuring every employee understands and buys in to that mission,” Aiello said. 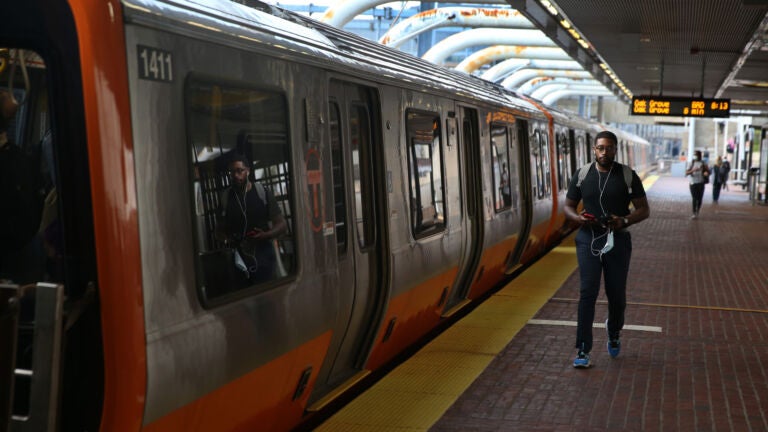