BOSTON (AP) — Boston’s city council swore in the most diverse group in its history Monday.

The council made up more than half by women and people of color was ushered in by Mayor Martin Walsh during a ceremony at Faneuil Hall.

The mayor swore in 13 members that included four new faces, which is an unusual amount of turnover for the council.

Voters in November also elected the council’s first Latina member, Julian Mejia, as well as district councilors Ricardo Arroyo, Kenzie Bok and Liz Breadon, who is the first openly gay woman to serve on the council.

City Councilor Kim Janey will also make history as the third woman of color to serve as the body’s president.

The council was a white male bastion for decades, but Boston is now a “majority minority” city where whites comprise roughly 47% of the population.

Walsh proclaimed education, housing and transportation as the main priorities the council and his administration will take on this year.

“Partnership is essential for good government,” Walsh said. “In these very divisive times, Boston must find a way forward.” 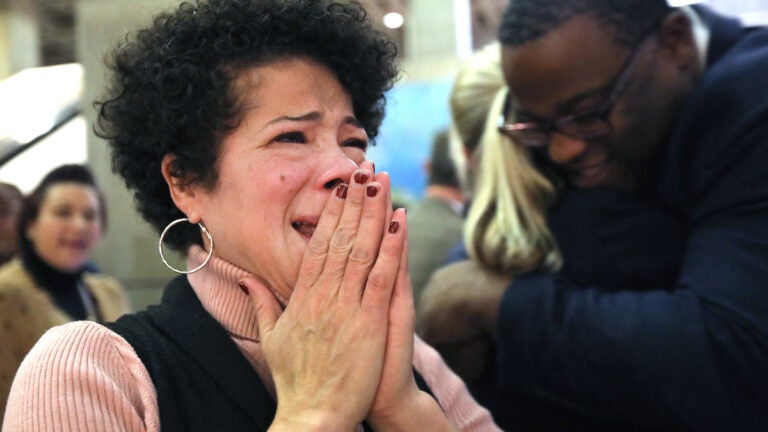 A month later, the Boston City Council race is finally settled. Here’s how it ended.