It was only four months ago that a gray fox made a bee line toward Norman Kenney outside his home in Maine. The 88-year old stomped it to death.

Then, early Friday evening, just home from the store, Kenney closed his garage door. He heard a mew sound, and thought it was his cat. “Come on April, let’s go,” he said he called out.

But the animal was another fox, and it charged at him, biting his face and hands, knocked him to the driveway and sent his glasses tumbling.

So what is it about Kenney that fills the common fox with frothy rage?

“I wish I knew,” he told The Washington Post by phone on Tuesday, shortly before officials said the fox in last week’s attack tested positive for rabies.

In this attack, the fox gave more fight than the other, he said. The former fire chief, a stout 200 pounds, wrestled the animal for at least 12 minutes, he said. Kenney had a folding cane, but it collapsed with each blow, eroding into a clunky weapon that only agitated the fox, which he estimated was about 30 pounds.

Kenney gave up the cane and grabbed the fox by his throat. His hands wandered for the shape of his windpipe and bared down. The fox struggled, and under Kenney’s thrashed hands, he felt pulsating blood under the coat.

Both the fox and Kenney were struggling to breathe. A neighbor, out for a jog, came upon the scene, Kenney said, and he advised the teenager to put his foot on the animal’s neck – similar to what Kenney himself did in his first attack.

He handed the teen his cellphone, dripping with blood that obscured the keypad, Kenney said, but the neighbor managed to call the police. Kenney was being loaded onto the ambulance when three shots from a police .22-caliber rifle rang out, he said. The fox was dead.

Kenney, who retired form Bath Fire Department as chief, joked about the role reversal, he said. “I told the boys, ‘I’ve ridden in the back of ambulances before, but this was the first time as a patient.’ “

Kenney received treatment and antibiotics for potential exposure to rabies, he said. His most serious injury was to a thumb, Kenney said, with the fox’s tooth ripping at his left eye lid, barely missing his eyeball. That one has cataracts anyway, he said.

Rabies, a virus transmitted from rabid animals such as bats, raccoons and foxes, can be deadly if left untreated, the Centers for Disease Control and Prevention warns. Symptoms – like delirium and the fear of water – may take weeks or months to appear.

Human rabies cases are rare, with 1 to 3 confirmed annually, the CDC said.

Sagadahoc County saw an uptick in confirmed rabies last year, with 21 confirmed animal exposures – more than a fifth of all cases statewide, according to Maine public health data.

Gray and red foxes accounted for eight cases alone in Bath, which has more than 8,000 residents.

That has led to a rash of attacks and worries about rabies exposure, which prompted a city information session last month, said Lindsey Goudreau, a spokeswoman for Bath. State health officials advised residents about best practices and what to do in case of exposure.

“This problem is out of our league as a city,” she said, though she said police officers have responsive in responding to attacks and animals suspected to carry rabies.

In West Bath, a fox attacked two men and ran off with a shoe, the Portland Press Herald reported.

Officials acknowledged it was strange for a resident to be attacked by foxes in separate incidents.

Kenney believes there is a fox den near his home, which is surrounded by gardens and sheds were foxes hide and search for squirrels, trash and compost heaps.

The fox that attacked him in September, yipping at his pant legs, may have been a pup. “I said, ‘I’m sorry Mr. Fox, it’s either you or me,’ ” he recalled.

Kenney has a new wooden cane fashioned from a tree, he said, that was favored by his father many years ago. It’ll bring more “firepower” to any future fox fight, he said.

He will get a follow-up rabies shot on Friday and another next week, Kenney said, but he does not know if anything more can be done about potential exposure.

The concerns linger only for a moment. He had errands to run Tuesday morning. 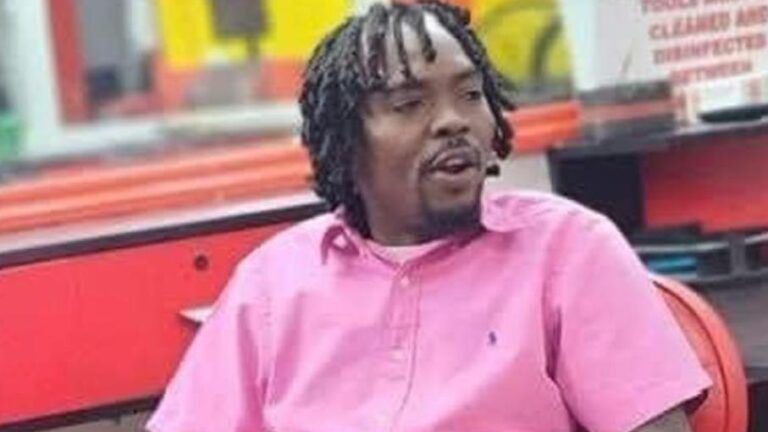 ‘He loved everybody’: 43-year-old killed inside barber shop remembered for his community impact