A Boston police officer was arraigned in Suffolk Superior Court on Tuesday on charges of forgery, witness intimidation, and misleading an investigation after he allegedly sent a fake ticket and threatening note to a driver he accused of cutting him off on I-93, the Boston Globe reports.

Christopher Curtis allegedly sent a fake $790 state police citation to the home of the driver, accompanied with a handwritten note, in March 2019, according to the newspaper. 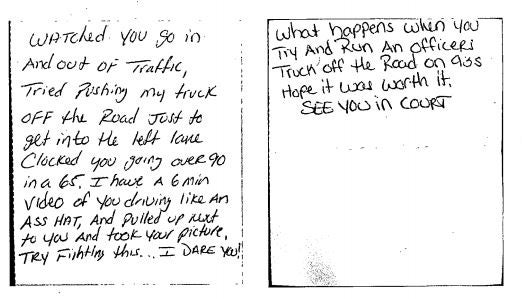 A note Boston Police Officer Christopher Curtis is accused of sending a driver.

“Watched you go in and out of traffic, tried pushing my truck off the road just to get into the left lane,” the note read, according to the Globe. “Clocked you going over 90 in a 65. I have a 6 min video of you driving like an [expletive], and pulled up next to you and took your picture. Try fighting this…I dare you!”

According to the Globe, the driver who received the fake ticket and citation told investigators that on March 1, 2019 he was traveling south on I-93 near Stoneham when a white Toyota Tundra came close to the back of his car, honked at him, sped up behind him, then merged into the lane to his right before veering back into left lane almost forcing him into the median.

The driver who received the note decided to appeal the ticket, which led to an investigation when court clerks and state police could not match the officer identification number on the citation to any troopers, according to the newspaper. State police eventually determined the ticket came from a Boston Police Department book, signed out to Curtis.

The Boston officer pleaded not guilty and was released without bail following his arraignment on Tuesday, according to the newspaper. 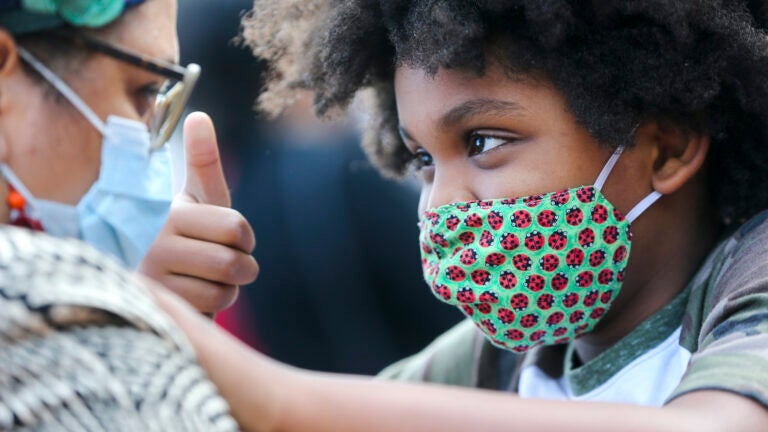