The Massachusetts House unanimously passed a bill on Wednesday that moves the state one step closer to creating a registry of caretakers who’ve been accused of abusing a person with a disability.

The senate unanimously passed its version of the bill in October — now the two must agree on a consensus bill before it lands on Gov. Charlie Baker’s desk.

“We really feel like this legislation is a good base to build on. The wrong people will be weeded out of this workforce we have, and now we can work a little harder on training our workforce better, paying them better,” said Maura Sullivan, director of Government Affairs at the Arc of Massachusetts. “This is really the first step in building a better workforce.”

The Arc is a social services organization that aims to enhance the lives of people with intellectual and developmental disabilities, including autism, and their families.

If brought to law, the registry would be implemented on Jan. 31, 2021 and Massachusetts would join 26 other states with similar forms of the registry, Sullivan said.

The sooner the law is signed by Baker, she said, the better.

Nicky’s Law has unanimously passed the House!! The families who had the courage to share their stories & their anguish propelled this legislation forward. Their determination allowed us to craft a bill that would hold up in a court of law & protect those most vulnerable among us. pic.twitter.com/evz8QFZIJA

The registry would be confidential, shared only with potential employers in the Department of Developmental Services, who would need to cross-check the registry before hiring someone. DDS, or any state-licensed care provider, would not be able to hire anyone listed on the registry.

To determine whether someone got listed on the registry, the Disabled Persons Protection Commission would work with Massachusetts State Police to look into reports called in to their abuse hotline. From there, they would determine if the abuse is substantiated and, if so, whether it’s registrable.

Registrable abuse, Sullivan said, could be defined as severe physical or emotional abuse of an individual.

The DPPC  screened 11,395 cases in the past year, and in fiscal year 2017, it concluded that 2,571 investigations were necessary after screenings, according to the Arc.

The bill would also establish an appeals process for workers put on the registry, in which they could petition to have their name removed after five years.

Sullivan said they worked hard to create “an effective bill that was also fair and had the safeguards on both sides.”

“For families, we can all sleep better at night,” she said of the bill being pushed forward. “I have two sons with autism and I worry about them all the time.”

The House passed Nicky’s Law! It’s moments like this that make me proud to be a legislator in Massachusetts. The…

Nicky Chan was beaten several years ago while at a day program for people with intellectual disabilities, said Cheryl Chan, who found out from the state’s Disabled Persons Protection Commission. The alleged abuser was fired and prosecuted, but found not guilty at trial. Since Nicky Chan is nonverbal, he could not testify.

Many victims are non-verbal or have communication challenges, Sullivan said, which makes them unable to stop abusers or testify against them in court.

The Arc connected with Nicky and Cheryl Chan to help push the bill forward.

“The families were so key on this,” Sullivan said. “Thousands of families stepped in to contact their legislators. The Chan family really persevered throughout this whole thing, leading other families in telling their stories and testifying.”

Less than 10 percent of cases referred to Massachusetts district attorneys, as the Arc reports, will result in charges against the abusers, so establishing a registry prevents serial abusers whose actions may not have been prosecuted in court.

As the bill moves forward, Sullivan said she’s most grateful to the community.

“We had such incredible support from our community and we had such passionate people following the filing of the bill,” she said. “We are thrilled to be where we are.” 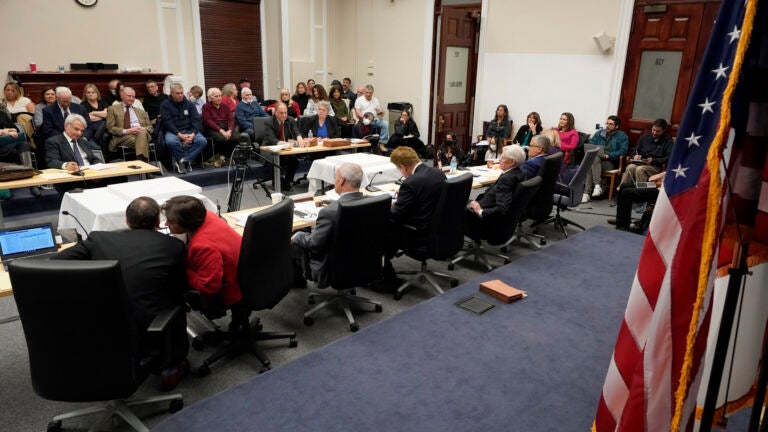