The more than 150 artifacts from Tutankhamun’s tomb will be on display from June 13 through January 2021 at The Saunders Castle at Park Plaza, a special events space in the city’s Back Bay neighborhood.

They’re part of ” King Tut: Treasures of the Golden Pharaoh,” a travelling exhibit with stops in Paris, London and Los Angeles.

The exhibit is billed at the largest display of Tut treasures ever to travel outside of Egypt. The objects will become part of the permanent collection of the Grand Egyptian Museum currently under construction in Egypt.

Mayor Marty Walsh announced the exhibit outside City Hall earlier this week. He was backed by a 25-foot, two-ton recreation of an Egyptian tomb guard statue.

Officials say its the first time King Tut’s possessions have visited Boston in nearly 60 years. Some of Tut’s relics last visited the city in 1963.

King Tut became a household name and helped renew interest in ancient Egypt when his tomb in Egypt’s Valley of the Kings was discovered nearly fully intact in 1922.

Egyptologists say the boy king took the throne when he was eight or nine years old and died about a decade later. 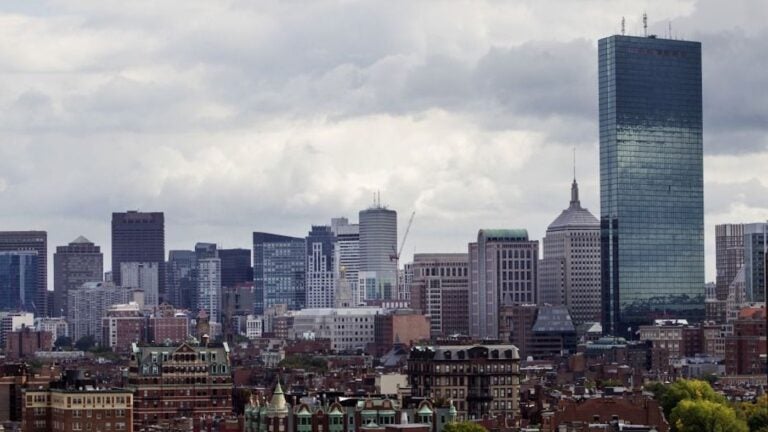 COVID cost jobs that aren't coming back. What can be done for Boston's working class?