The MBTA is adding a few new features to the new Orange and Red Line trains.

During a meeting Monday afternoon, the agency’s Fiscal and Management Control Board unanimously approved a slate of “upgrades” to the 404 new subway cars that will be phased into service by 2023, based on feedback from both the public and MBTA staff.

The most noticeable — and expensive — change will be the doubling of the number of digital information screens inside each car from three to six on the Orange Line and from four to eight on the Red Line. The size of the LCD monitors — which show information like the train’s location, next stop, and connections — will be increased from 18.5 inches to 24 inches.

The changes had already been implemented on the 12 new Orange Line cars already in service, as The Boston Globe first reported last week.

MBTA officials say the decision was based on comments from riders when a mock-up of the new Red Line cars was put on display at City Hall Plaza. According to the presentation Monday, the “predominant comment” had focused on the size of the screens. Officials also noted that they could potentially run ads on the displays. 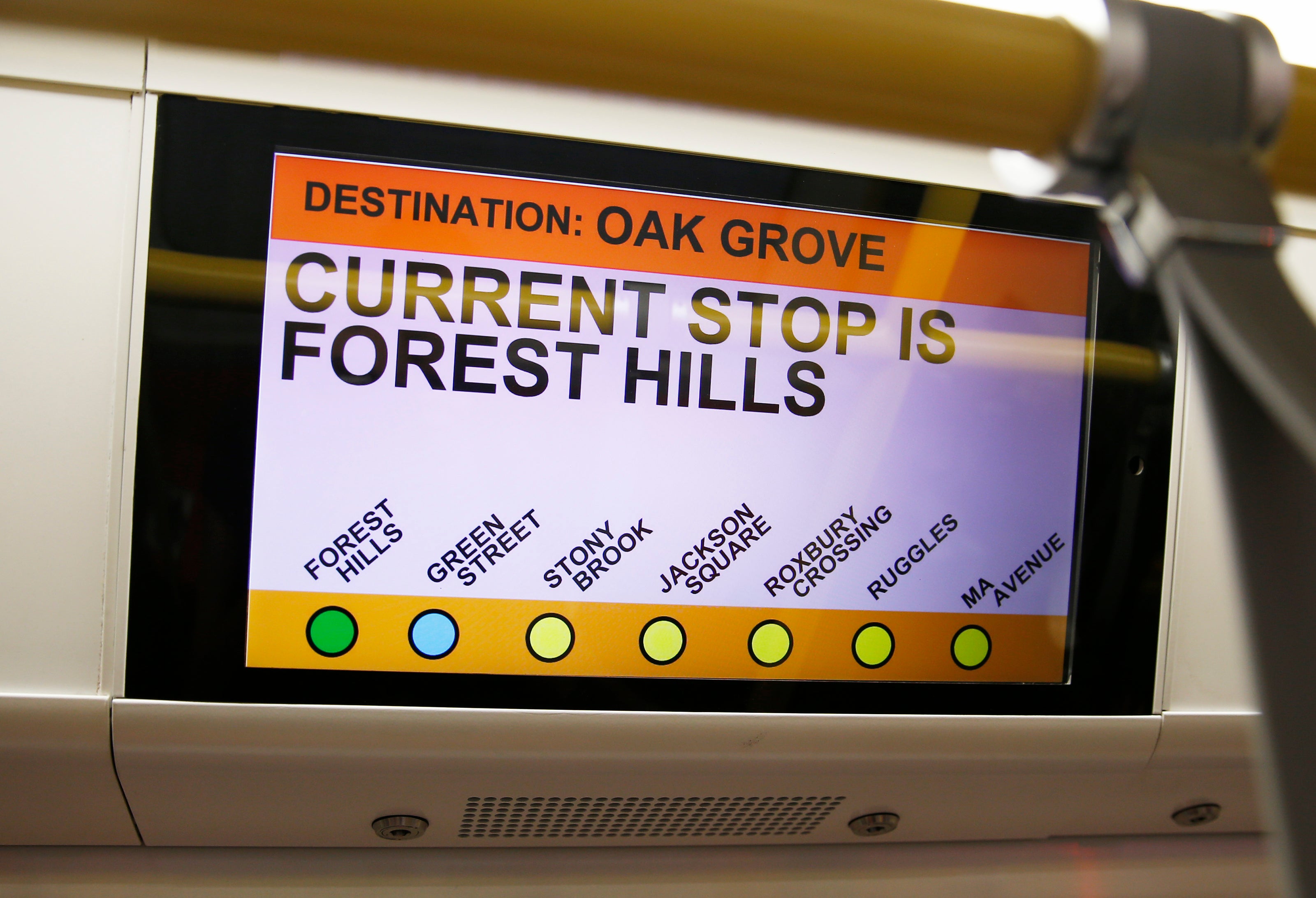 The expanded screens are by far the costliest of the newly approved upgrades, accounting for $30.7 million of the total cost of nearly $49 million. Unlike the recent repairs to the new Orange Line cars, the MBTA will be the one paying for the changes.

The agency had already agreed to pay $821.5 million to Chinese train manufacturer CRRC for the new Orange and Red Line cars.

Among the other changes approved this week were additional overhead handrails on each end of the new Red Line cars, hanging from the center of the ceiling. T officials said they similarly realized the need for the rails, which will cost more than $6.8 million to add to the new 252-car fleet, after public review.

“It was discovered that there was a very large area without a hand hold,” said Bill Wolfgang, the director of vehicle engineering for the MBTA.

Transportation Secretary Stephanie Pollack somewhat jokingly thanked Poftak for the change “on the behalf of vertically challenged riders.” Poftak noted that the new handrails would be particularly helpful for riders when cars are crowded.

The rest of the changes will be less noticeable to riders, as well as less costly. They include new anti-icing equipment, a backup server for the cars’ diagnostics systems, vehicle monitoring improvements, and relocated emergency door cut outs for the new Orange Line cars.

MBTA officials stressed that the changes were unrelated to recent wear pad issues that took the two new Orange Line trains out of service. After the repairs (which were covered by CRRC under a warranty), the two six-car trains returned to service earlier this month.

“Just to reiterate to the members and the public, these are upgrades based on either the public review process … or the design review process,” Monica Tibbits-Nutt, the FMCB’s vice chair, said Monday.