PORTLAND, Maine — There is nothing obviously wrong with Maine’s biggest city. Its shops buzz in the summer with well-heeled tourists. Zillow rates the real estate market “very hot.” David Geffen’s yacht docks at port from time to time. The food scene is great. In November, the unemployment rate was barely 2.2%.

Something is troubling Portland, however. Productivity growth is low. Business formation is anemic. And there is a sense that in an era of technology-driven economic winners, Portland’s 66,000 residents are being left behind.

“It looks like we’re doing fine,” said Jon Jennings, Portland’s city manager. “But just underneath the real estate development, there is that insecurity as to what will actually drive the economy in the future.” Lobstering and tourism will not suffice.

Hoping to draw itself into the high-tech orbit, Portland is about to become a test case. On Monday, officials including Gov. Janet Mills and Mayor Kate Snyder will gather on Portland’s waterfront for the unveiling of a research institute meant to propel the local economy.

If the effort succeeds, it could provide a template for the many American cities struggling to share in the nation’s prosperity. Jon Jennings, Portland’s city manager, described an “insecurity as to what will actually drive the economy in the future.”

Its patron is David Roux, who grew up in nearby Lewiston and graduated from Harvard before building a fortune as a Silicon Valley investor. Roux, a co-founder of the private-equity firm Silver Lake Partners 20 years ago, is giving $100 million to Northeastern University to establish a graduate school and research center in Portland.

The center, to be known as the Roux Institute, will award certificates, master’s degrees and Ph.D.s in artificial intelligence and machine learning — geared in particular toward the life sciences.

“What is it that could be most catalytic to transform and support an economy that doesn’t fully participate in the modern, tech-led innovation economy?” Roux asked. His answer is “to bring cutting-edge technology capabilities here to Maine and northern New England.”

The goal is to tap into the forces that have funneled knowledge-based affluence into a small number of megacities. Ten cities that are home to less than a quarter of the population generate nearly half of the nation’s patents and a third of its economic output, according to recent research.

It is the most advanced and complex industries — like biotechnology and semiconductors — that are most concentrated. And the geography of invention is getting narrower every year. One report found that Boston, Seattle, San Diego, San Francisco and Silicon Valley captured nine out of 10 jobs created from 2005 to 2017 in the nation’s most research-intensive industries. Innovators, apparently, do best when they are around other innovators. They and the firms that hope to employ them flock to the same handful of places. So Roux’s initiative is rowing against a powerful tide.

And yet it makes sense. Producing highly trained technologists may not be enough to create an innovation ecosystem, but an educated workforce is surely an indispensable ingredient.

Universities have been found to encourage growth through a variety of levers: They add demand to local communities, but they also add innovators. Professors may generate patents, consult for local companies or start firms. Companies might team up with university labs on research projects. The existence of a tech-oriented graduate center might induce more undergraduates to choose tech-related fields. Graduates will improve the labor pool for local businesses and perhaps draw technology businesses to town. A ceramics show being installed at the Maine College of Art in downtown Portland.

A study encompassing universities in 78 countries between 1950 and 2010 found a direct link with economic growth, driven in part by their effect on education and their contribution to innovation. Another concluded that increasing funding for public universities led more businesses to establish a presence near campus.

Yet another looked at colleges established in the United States from the mid-19th to the mid-20th century. Counties where colleges arose generated 32% more patents than places that missed out. This effect was mainly driven by migration: College towns drew innovative people.

But research shows that the effect depends both on the quality of the school and on the attributes of the place. “In general, I think the bigger impact for a smaller city is likely to be if there is already some preexisting activity to build on, and if there is some reason to think that the area might be attractive otherwise,” Bartik said.

Consider San Diego. One of the nation’s leading innovation centers, it built much of its prosperity on the University of California, San Diego. In 2011, the university produced 80 master’s and Ph.D. degrees in fields related to wireless technology, up fivefold from 1991. Between 1985 and 2001, its alumni founded 16 telecom firms in the area, including Franklin Antonio, a co-founder of Qualcomm, the city’s most valuable company and the world’s leading maker of smartphone chips. A wharf in Portland. Fishing and forestry provided middle-class jobs decades ago but have been in decline.

By contrast, Bartik said, “sticking a high-tech institute in the middle of rural Idaho might not have multiplier effects if there is nothing to build on.”

Roux bets that Portland offers the right sort of setting, with a few tech companies already established and with Boston, a technology-rich megacity, just two hours away.

Universities don’t just spring forth, though. Somewhat over two years ago, Roux and a small team of advisers set out on a hunt from Massachusetts to California to Georgia to New York, looking for a research university that might prove a good fit.

In December, they reached an agreement with Northeastern, a private university whose main campus is in Boston. It will add Portland to a network that includes campuses in Seattle; Silicon Valley; Charlotte, North Carolina; Toronto; and London.

The Roux Institute will open in May — in temporary quarters — offering a smattering of nonaccredited courses to whet the appetite of local employers and their workers. The first cohort of some 100 degree-seeking students will start in the fall. The student body is expected to grow to some 2,600 within 10 years.

“In other places, there was already an ecosystem for tech and for digital and for life sciences,” Joseph E. Aoun, Northeastern’s president, said about its expansion efforts. In Portland, “our opportunity is to launch this ecosystem and shape it,” he said. “That’s why it’s going to be transformational.” “Our opportunity is to launch this ecosystem and shape it,” said Joseph E. Aoun, Northeastern’s president.

It is also a heavier lift. The challenge is not just to staff up. The university and Roux’s team are recruiting other philanthropists from around the state as donors. (There will be operating revenue from tuition and anticipated federal research grants.) The organizers are also asking businesses — locally and from other parts of the country — to pledge to enroll their employees in the new school and pay their tuition, to provide internships and other opportunities for on-the-job learning, and to join with the center in research projects.

There are other universities in Maine, including prestigious liberal arts colleges like Colby and Bowdoin. But few offer graduate programs in the sciences, and none have Northeastern’s track record in digital sciences and technologies, or the experience of working in concert with business and opening new campuses.

“It’s not enough to start a university, because you need to have the players at the table,” Aoun said. The players, he said, are companies that can specify the kind of talent they are seeking and the problems they need to solve. So far, 10 have been enlisted. They include local employers like Tilson, which builds fiber and cellular networks, and Idexx, a veterinary diagnostic company, as well as the Boston-based industrial automation company PTC.

“I want employees who want the graduate school experience to be able to do it here,” said Joshua Broder, Tilson’s chief executive. “A lot of people leave to go to grad school, and there’s a good chance people will end up working in the place they go to grad school.”

Jennings, the city manager, thinks the Roux Institute is “potentially the greatest economic opportunity of the 21st century for Portland and Maine” — a chance to fill the hole left by the declining role of forestry and fishing, which provided middle-class jobs decades ago.

Roux described the project as “an opportunity machine disguised as an educational institution and research center.” It will have succeeded, he said, if it makes existing local companies better, attracts companies from elsewhere and provides the seed corn for dynamic new businesses. Portland’s city manager said the Roux Institute might be “the greatest economic opportunity of the 21st century for Portland and Maine.”

“If that works, then what I’m sure is going to happen is what happens in every other market around the world,” he added, “which is somebody looks over from Central Florida and says, ‘I would like one of those.’”

“If you had 30 to 40 billionaires that decided to do this in 30 to 40 places that had some tech activity,” Bartik said, “there would be sufficient successes that you could justify it even if only half were successful.” 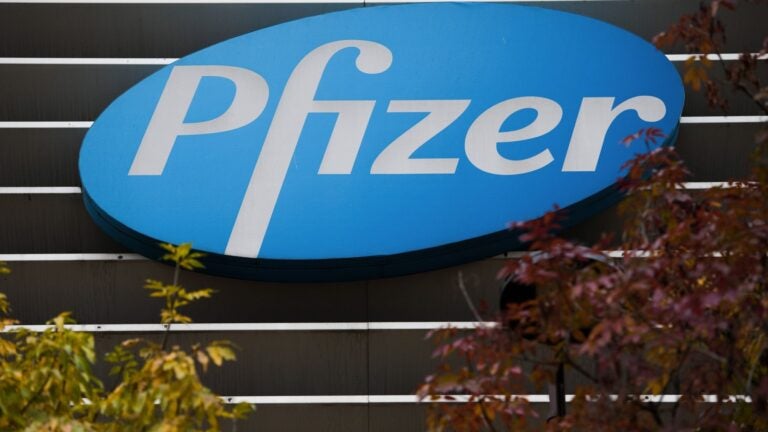 Pfizer reaps hundreds of millions in profits from COVID-19 vaccine