A melted, burned mess is what’s left of a smartphone and charger after Beverly residents say the socket the phone was plugged into caught fire early Sunday morning.

Joe Vacarro and his wife left their phones charging overnight in the kitchen, but in the middle of the night on Sunday, Vacarro said his wife woke him up after smoke detectors failed to alert him.

The couple has lived in their home for nearly 50 years, according to WCVB. Vaccaro said his daughter had just bought him a new fire extinguisher for Christmas.

“My daughter just gave me that for Christmas. Isn’t it ironic?” Vacarro told the news station.

Vaccaro was able to extinguish the fire, and the home was saved, Boston 25 reported.

The Beverly Fire Department is continuing to work on determining a cause, according to Boston 25. The Vaccaros are staying in a hotel until their home can be fixed – while only part of the kitchen caught fire, there was smoke damage elsewhere.

Coming up after the #SuperBowl, a #Beverly couple is very lucky after their plugged in #iPhone causes a huge electrical fire in their home. See why a Christmas present helped save the day. #beverlyma #SuperBowlLIV @DrewKaredes @boston25 pic.twitter.com/ZcDwupdD5h 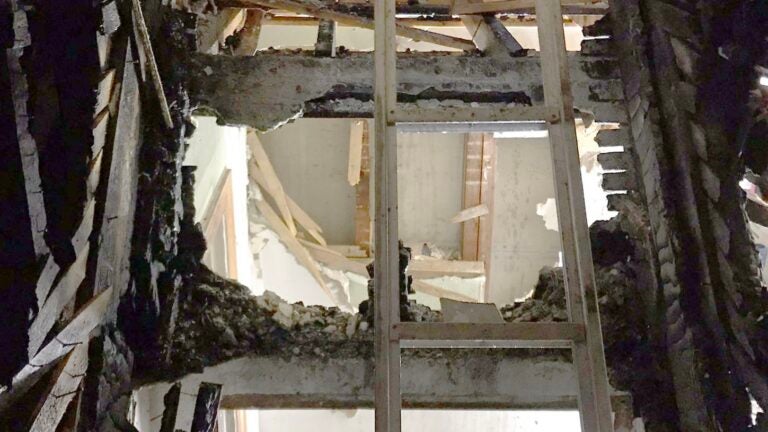 Brockton firefighter injured after falling through stairs in burning home