A Needham actor is tackling the discrimination Asian Americans are facing due to fears about the novel coronavirus, spoofing what he calls an “overblown fear” in a new video.

Michael Tow, whose film credits include “R.I.P.D.” and “Free Guy,” appears in the skit titled “Coughing While Asian,” which was posted to YouTube on Sunday.

“Asians and Asian Americans are getting targeted and bullied, as anti Asian rhetoric sweeps the land and media as a response to the coronavirus,” Tow and editor Teja Arboleda, the duo behind Tow-Arboleda films, wrote for the video’s description.

Tow told WCVB the goal of the video is to help people put their fears about the coronavirus in perspective and to lift up the experiences of those who may feel targeted in the panic over the illness.

“Once there was a case of the coronavirus coming to the U.S., we knew the fear was going to get overblown,” Tow said. “Teja and I wanted to spin this issue on its head and kind of make it ridiculous, in the sense to show how people are reacting. We have thousands of comments, like, ‘This has happened to me.'”

The first case of the virus in Massachusetts was confirmed over the weekend. The man, who is in his 20s, had recently traveled to Wuhan, China, where the new illness was first identified and where the epicenter of the outbreak is located. An estimated 24,324 cases of coronavirus have been confirmed in China as of Wednesday, and about 180 have been confirmed outside the country’s mainland.

The World Health Organization declared the outbreak a global public health emergency on Friday, and the U.S. State Department issued a “do not travel advisory” for China. Symptoms include mild to severe fever, cough, and shortness of breath, and, in severe cases, pneumonia.

The furor over the contagious respiratory illness, part of the same family of viruses responsible for everything from the common cold to SARS, has fueled anti-Chinese sentiment, the Boston Globe reports.

“I think people are acting out their frustrations and their racism and their stereotypes and prejudices, [and] that the floodgates are lifted when situations like this arise,” Paul Watanabe, a political science professor and director of the Institute for Asian American Studies at the University of Massachusetts Boston, told the newspaper.

In speaking to WCVB, Tow pointed out that there is another health concern in the United States right now — the flu.

Thousands of people die in the U.S. every year from the flu. According to the Centers for Disease Control and Prevention, most of the United States, including Massachusetts, is experiencing a high level of flu activity. An estimated 34,157 people died from the flu during the 2018-2019 season.

“We wanted to show how ridiculous and overblown the fear is,” Tow said of the coronavirus. “Yes, it’s dangerous virus, but the flu has killed exponentially more people.” 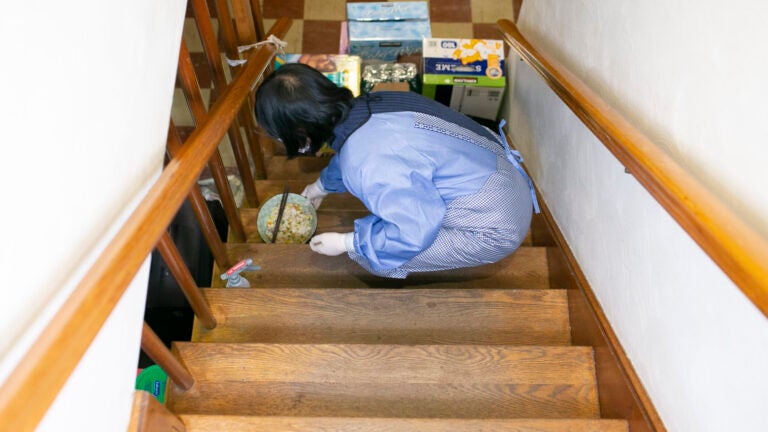