As authorities continue to investigate a devastating Florida crash that killed four members of a Massachusetts family, stretching across three generations, communities on the South Shore are searching for answers as they mourn.

Julie Smith, 41, of Whitman, died at the scene of the crash in Kissimmee, Florida, on Tuesday, along with her daughter, 5-year-old Scarlett Smith, and mother, Josephine Fay, 76, of South Weymouth. Her son, 11-year-old Jaxon Smith, was critically injured and died at a Florida hospital on Wednesday. Authorities say the van carrying the eight members of the family rolled on its side when it was rear-ended by a pickup truck.

The four other members of the family in the car — 76-year-old William Fay, 43-year-old Shane Smith, 10-year-old Shalie Smith, and 5-year-old Skylar Smith — sustained minor injuries and have been released from the hospital, according to Florida Highway Patrol. The family, on school vacation, was in Florida to visit Disney World.

No charges had been filed as of Thursday morning, but officials said they may be brought against the driver of the pickup as the investigation into the multi-vehicle crash continues.

Ahead, what we know about the tragedy and how local communities are responding to help the Smith family.

What authorities have said about the crash 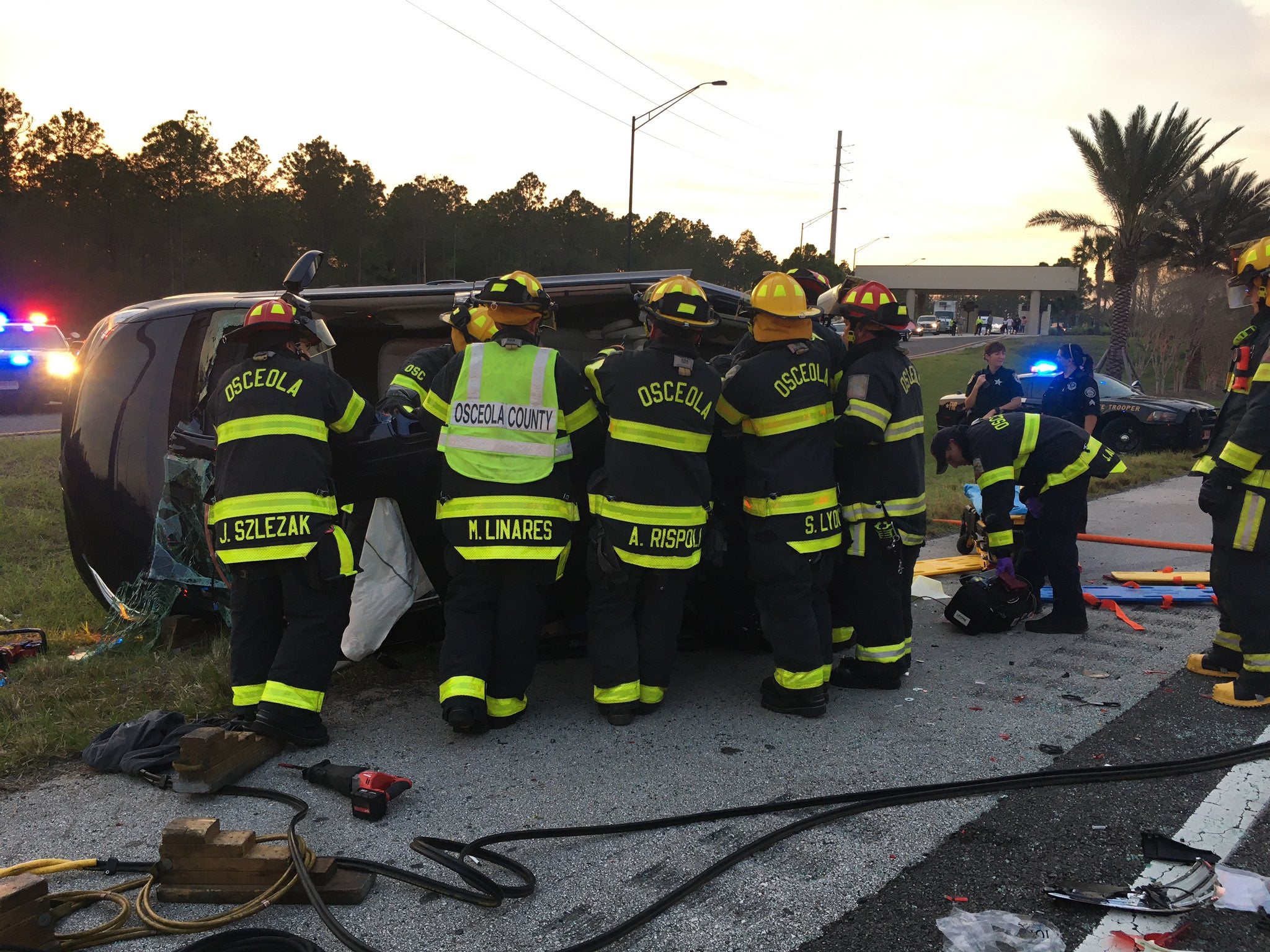 The Massachusetts family was traveling in the southbound lane of State Road 429 in Osceola County when the crash took place around 5:30 p.m. Tuesday, according to Florida Highway Patrol.

Traffic had slowed for congestion, and the driver of the pickup, identified by police as 26-year-old Lucas Dos Reis Laurindo of Kissimmee, Florida, allegedly failed to adjust, striking the back of the van carrying the Massachusetts family. The van, driven by Shane Smith, overturned near Sinclair Road, according to authorities. Two other vehicles were also hit in the crash, but the drivers were not injured.

Josephine Fay, Julie Smith, and Scarlett Smith died at the scene. Jaxon Smith was rushed to a hospital in critical condition and placed on life support. He was unresponsive and died Wednesday afternoon, according to authorities.

Michael Finn, a friend of the family, told The Boston Globe that William Fay suffered a dislocated shoulder and Shane Smith was badly bruised.

The remaining members of the family have all been discharged from the hospital, according to police. Everyone in the van besides the driver, Shane Smith, was wearing a seatbelt or child restraint at the time of the crash.

“We don’t know why this truck didn’t stop yet but clearly that truck is at fault for rear-ending the van and we just got to sort everything else out,” Lt. Kim Montes, a spokeswoman for Florida Highway Patrol, told WHDH.

The site of the crash is about 10 miles from Disney World. Montes told the Globe that the speed limit in the area is 70 mph.

“The impact was at full speed,” she said.

Laurindo has been cooperating with authorities, the spokeswoman told the Orlando Sentinel.

The 26-year-old got his Florida driver’s license in November and voluntarily submitted a blood sample after the crash; Montes told the Globe impairment did not appear to be a factor. While the investigation into the crash continues, Laurindo will be allowed to drive, she said.

The investigation could take 180 days to complete, Montes told the newspaper on Thursday, and no charges would be brought until it is completed.

“We’re kind of just in investigation mode,” she said. “I know it’s hard for a lot of people, especially the family, is he going to be charged? He will be charged with something, but it’s really just too early to say.”

How the Whitman community is reacting 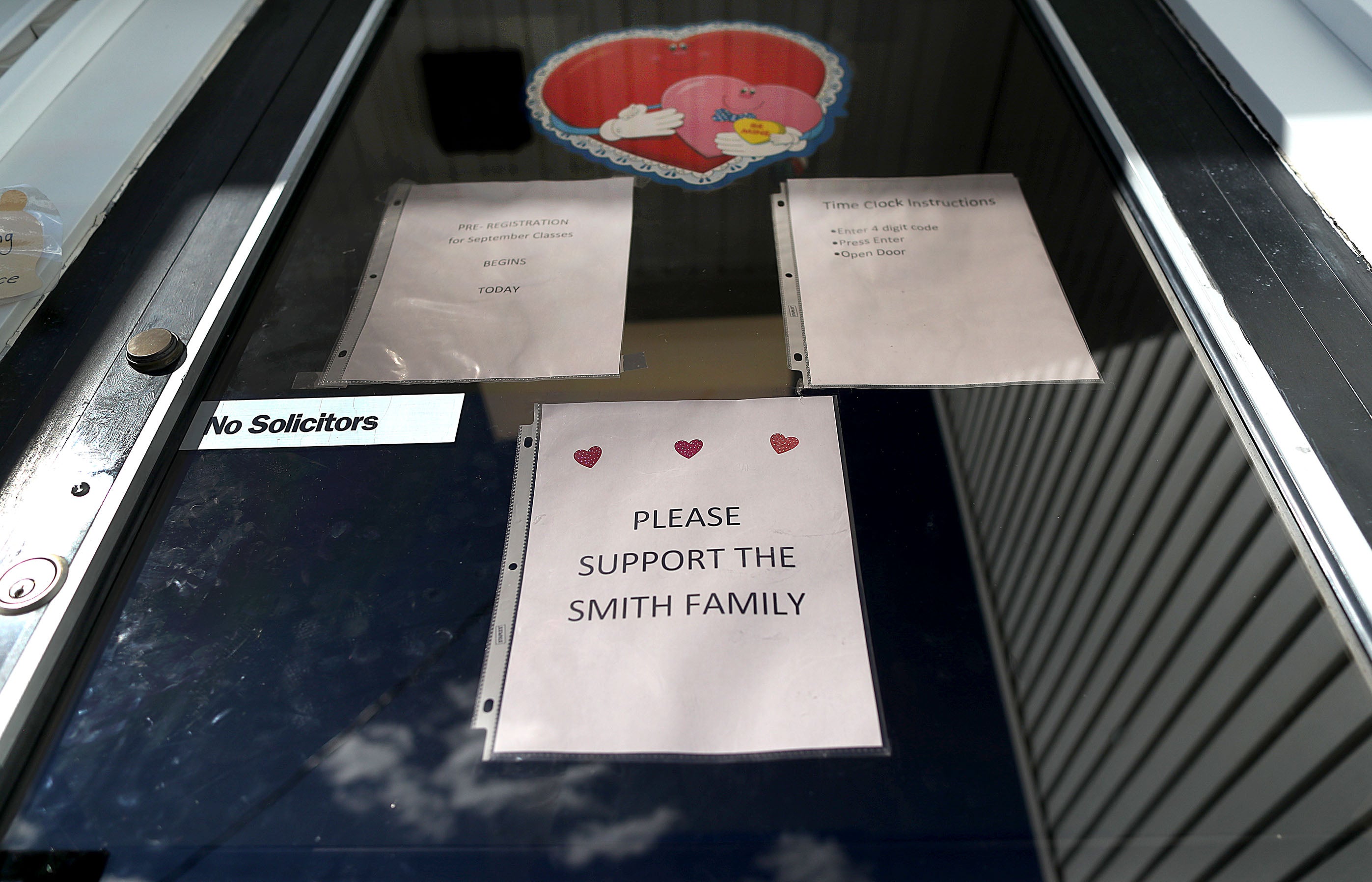 A sign on the entrance to the daycare where Scarlett Smith was enrolled.

While the family remains in Florida, Montes told local outlet WKMG News 6 that troopers, social workers, and victim advocates have been surrounding them for support.

“This family is far away from home,” she told the station. “We are trying to do as much as we can to support them, but it’s beyond their comprehension.”

According to the Globe, Julie Smith’s brother flew down Wednesday to bring the family home.

During a press conference in Whitman on Wednesday, Jeffrey Szymaniak, superintendent of the Whitman-Hanson Regional School District, announced that the district’s crisis teams have been activated to respond and that support would available when students return to school on Monday.

If necessary, the district will reopen school buildings to offer support before the end of the vacation, he said.

“It’s awful, it really is,” he said of the shock of the tragedy. 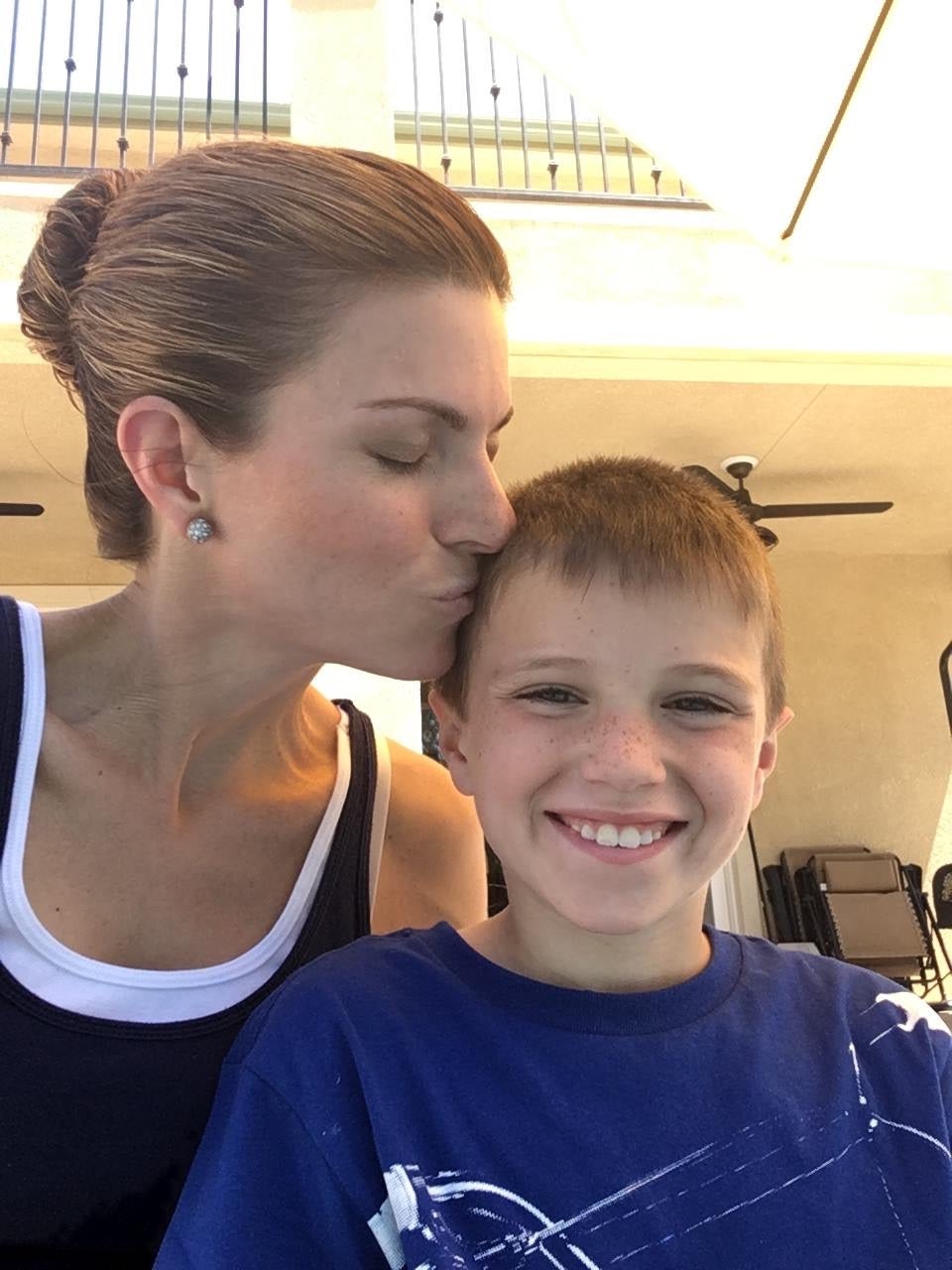 Jaxon Smith, 11, was enrolled in sixth grade in the district, and his sister, 10-year-old Shalie Smith, is in fourth grade. Five-year-old Scarlett Smith was enrolled with her sister, Skylar, at a private preschool in Whitman.

“We mourn together during this incredibly difficult time,” Szymaniak said in a statement. “I encourage all families to have honest and open conversations with their children. We have activated all the resources at our disposal, and we will come together as a community to support each other and support our students who have suffered this terrible loss.”

Darlene Staples, director of the Merry Deb Child Care and Learning Center in Whitman, described the 5-year-old twin sisters and all their siblings as being “full of life” in an interview with The Brockton Enterprise.

The twin girls were excited for the trip to Disney, Staples told WBZ.

According to the Globe, Shane Smith works in technology at the Federal Reserve Bank of Boston, and Julie Smith was the director of training in the human resources department at Liberty Mutual.

“We are deeply saddened to learn of the tragedy involving the Smith family,” a spokesperson for Liberty Mutual told the Globe. “Julie was a cherished employee and greatly touched the lives of all her colleagues. We extend our heartfelt condolences to Julie’s family and friends during this incredibly difficult time.”

Her mother, Josephine Fay, was a longtime faculty member at Quincy College, the school said in a statement, serving as a member of the Early Childhood Education faculty between 1993 and 2011.

“Upon her retirement in 2011 she continued to educate future teachers as an adjunct faculty member,” the college said. “She was a gifted instructor, and her untimely death saddens us all. She will be greatly missed by both her colleagues and her students in the Quincy College community. This loss is profoundly felt with the news of the passing of other family members.”

Her husband, William Fay, also worked at the institution. He served as the interim dean of the Plymouth campus in 2004 and the director of college and community development from 2005 to 2006.

(1/5) It is with profound sadness that we share the news about a loss to our Quincy College family.

On February 18, 2020, Josephine Fay, former Quincy College long-time faculty member, passed away in a tragic accident with members of her family in Florida. pic.twitter.com/YoDh0cTkjO

(3/5) She was a gifted instructor, and her untimely death saddens us all. She will be greatly missed by both her colleagues and her students in the Quincy College community. This loss is profoundly felt with the news of the passing of other family members.

(5/5) Our thoughts are with those injured in the accident and who remain in the hospital, including William Fay, husband to Josephine, who served as the Interim Dean of the Plymouth campus in 2004, and as the Director of College and Community Development from 2005-2006.

“They’re a beautiful family,” Staples told WBZ. “Our hearts are broken and we’ll do everything that we can to support them in any way we can.”

A candlelight vigil is being held in Whitman on Friday for the family, organized by Whitman Youth Soccer.

As our collective communities mourn and try and process the Smith family tragedy . Whitman Youth Soccer is hosting a…

According to The Enterprise, Staples has hung a message on the door of her daycare: “PLEASE SUPPORT THE SMITH FAMILY.”

“I just can’t even imagine,” she told the newspaper. “It’s unimaginable.”