A four-alarm fire in a Reading apartment building sent two people to the hospital with what were believed to be serious injuries and displaced about 15 residents, authorities said.

Firefighters were called to 1 High St. around 3:30 a.m. Monday after multiple 911 calls came in reporting the blaze. Officials could see flames in the back of the building on the third floor when they arrived, according to a news release from the fire department.

While crews began working on putting the fire out, other firefighters went door to door to ensure all residents of the 12-unit building were able to evacuate. Firefighters found the two injured people on the third floor, in the unit the fire was contained to. They were taken to Lahey Hospital and Medical Center in Burlington and then transferred to a Boston hospital in “serious condition,” the release says.

Those from the remaining 11 units were evacuated, and no other injuries were reported. The American Red Cross, Salvation Army, and the owners of the building were working to find temporary accommodations for them. Residents were initially brought to Reading police’s community room within the department’s headquarters, officials said.

Approximately 3:30am 2/24/2020, companies were dispatched to 1 High Street for a possible apartment fire. Crews had smoke and fire showing from the top floor of a multi unit apartment building. Companies were faced with heavy fire and made 2 rescues from the involved apartment. pic.twitter.com/jrL6v5yNLR

Eleven other fire departments helped Reading firefighters on scene, while three more helped to cover the town’s stations. The state Fire Marshal’s Office was working with Reading police and fire crews to determine the cause of the blaze, according to the release.

“The crews who responded did an excellent job working together to evacuate numerous apartments safely, extinguish the flames and provide aid to the injured on scene,” Reading Fire Chief Gregory Burns said in the release. 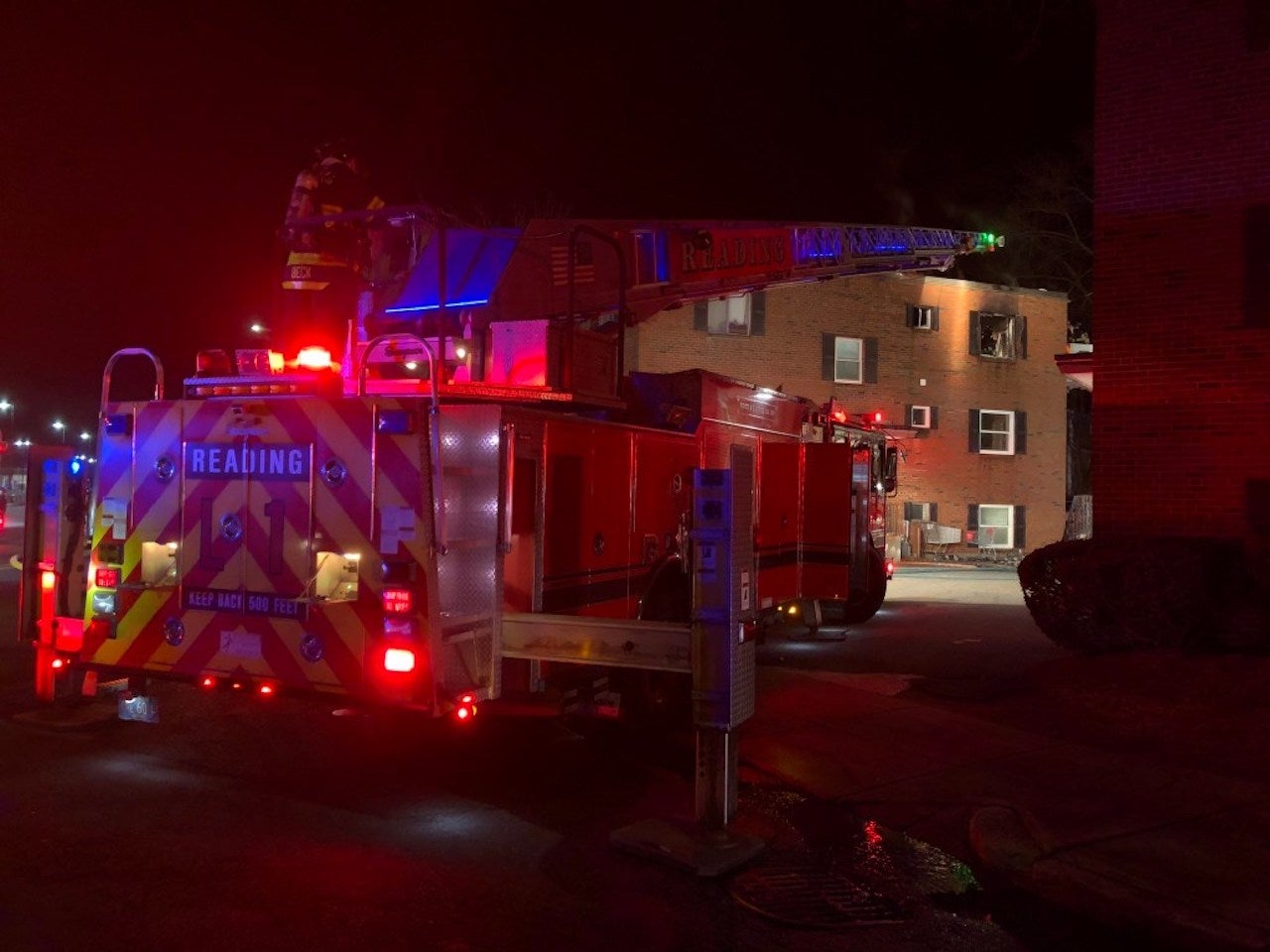