Members of a Massachusetts family who survived a Florida car crash that killed four of their loved ones spoke about the tragedy and expressed gratitude for the support they have received, in an interview with WBZ.

Bill Fay and his son-in-law Shane Smith, two of the four family members that survived the crash, said in the interview that aired Wednesday that they were only a day into their vacation at Disney World when the crash occurred.

The van carrying Bill Fay and his wife, Josephine, their daughter, Julie Smith, and her husband, Shane, and the Smiths’ four children was rear-ended by a pickup truck on Feb. 18 that reportedly failed to slow for congested traffic, causing their vehicle to roll over. Josephine Fay, 76, of South Weymouth, her daughter, Julie Smith, 41, of Whitman, and granddaughter, 5-year-old Scarlett Smith, died at the scene of the crash in Kissimmee, Florida, just 10 miles away from Disney. Jaxon Smith, 11, was critically injured and died a day later at a Florida hospital.

The Smiths’ two other daughters, 10-year-old Shalie and 5-year-old Skylar, survived the crash. Officials say charges may be brought against the driver of the pickup as the investigation into the multi-vehicle crash continues.

“I’m grateful that they’re alive,” Shane Smith told WBZ, speaking of his surviving daughters. “I mean honestly. I’m grateful that Bill was there. I don’t think I could have done this by myself.”

The 43-year-old, who was driving the van, said he doesn’t remember the crash, but his father-in-law recalled hanging by his seatbelt and watching the Jaws of Life being used on the van to reach the place where his wife of 51 years had been sitting.

“Jo used to say to me, ‘If anything happens to me, you’re not going to know what to do,’” Bill Fay told WBZ. “And I’d fluff it off. But she was right … I lost my best friend.”

Shane Smith said the organs of his 11-year-old son helped save at least four lives, children younger than him and young adults.

His father-in-law told the station he knows his wife is still with him.

Visiting hours for the four family members will be held Friday with a funeral mass to follow on Saturday. In lieu of flowers, the family has asked that donations be made to a family memorial fund or to the Pediatric Neurology Fund at Tufts Medical Center. 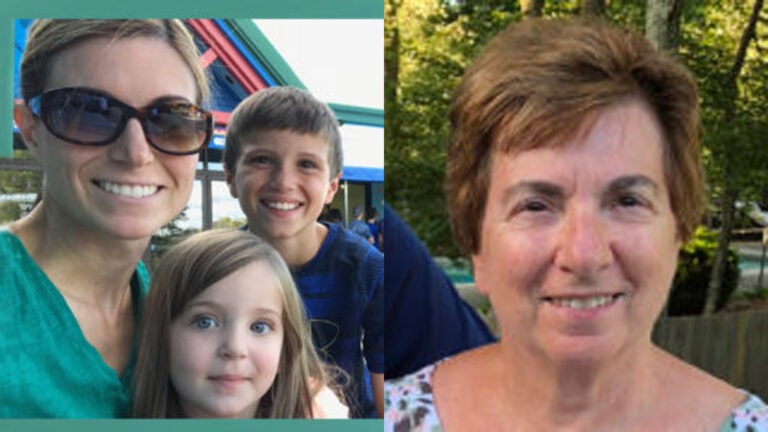 Read the obituaries for the 4 members of the Fay and Smith family, killed in Florida crash