Pure Oasis is also among the few retail stores in the country owned and operated by people of color, who experts say have struggled to break into the industry. Massachusetts’ ballot initiative was the first to insert specific language aimed at encouraging people of color and others harmed by the war on drugs to participate in the new industry.

Matt Simon, New England political director for the Marijuana Policy Project, hailed the opening as a “huge milestone” for the East Coast, where most jurisdictions — save for Massachusetts, Vermont, Maine and the District of Columbia — have approved cannabis for medicinal use only.

“This is only the beginning,” he said. “The fact that this is just the first in Boston shows how this is such an early market on this coast.” 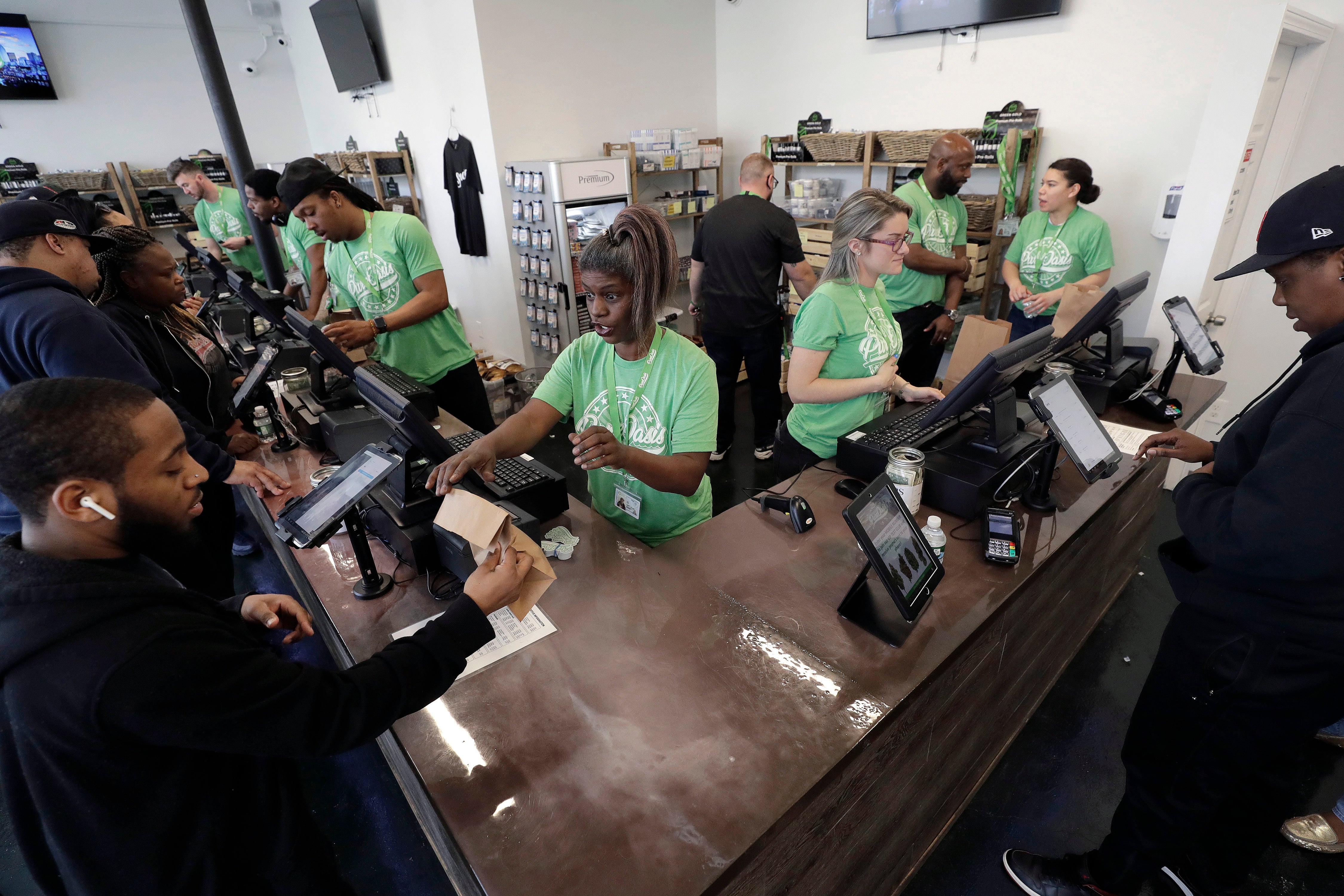 But the store’s opening also underscores how minority entrepreneurs are already falling behind in the national industry, despite promises they would be prioritized, said Kayvan Khalatbari, a Denver-based marijuana consultant and former board member for the Minority Cannabis Business Association.

“It’s worthy of acknowledgement, but at the same time, it’s nothing to celebrate,” he said. “We’ve got a long way to go before creating equity.”

Few of the 11 states that have legalized marijuana track how many people of color own pot companies, Khalatbari said, so industry groups have turned to their own surveys.

In Colorado, which was one of the first to legalize marijuana, in 2012, less than 1% of all marijuana operations are owned by people of color, the Minority Cannabis Business Association has estimated. In California, which legalized recreational marijuana use in 2016, about 20% of cannabis companies have some degree of ownership stake from a person of color, according to a recent survey by Marijuana Business Daily. 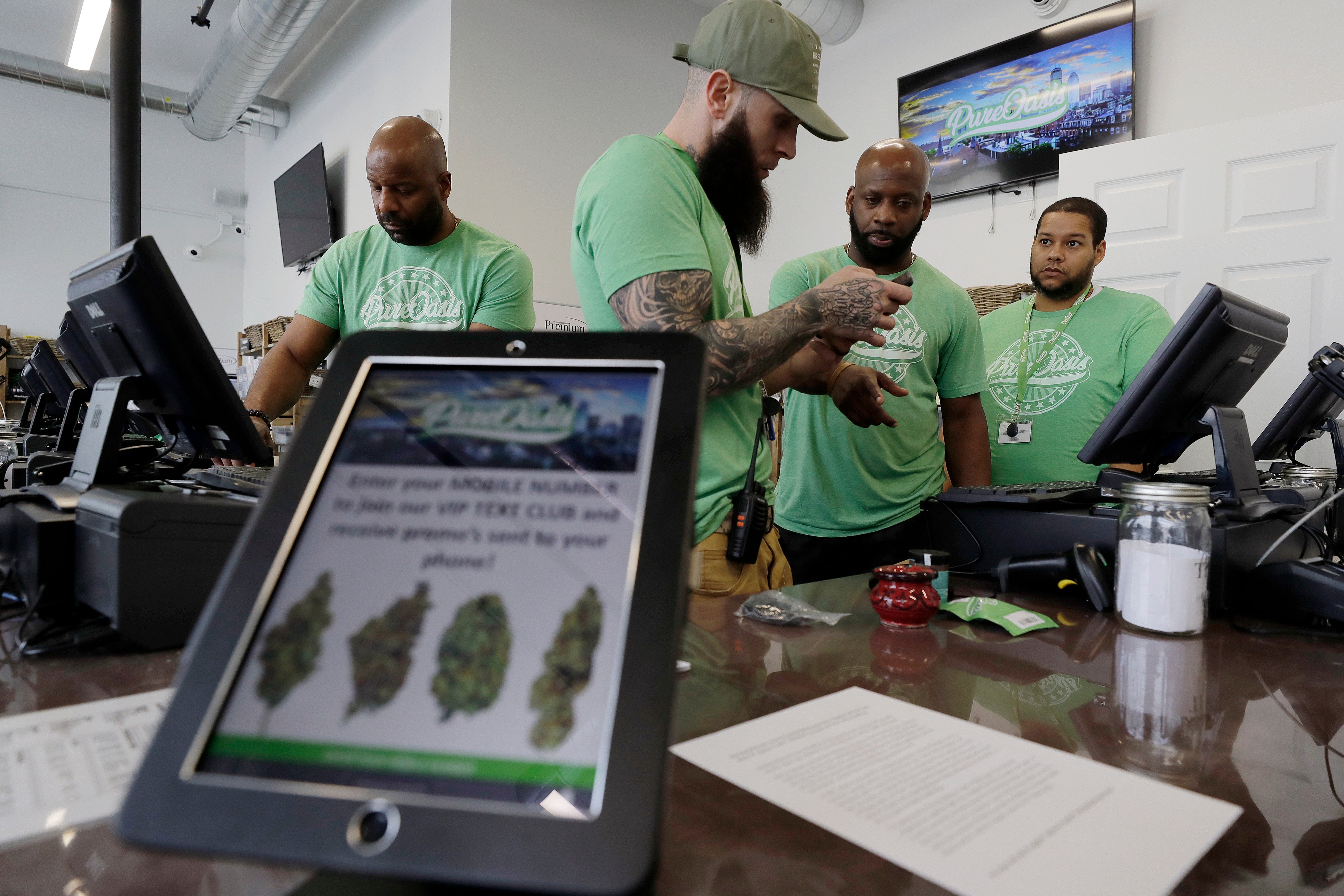 But it’s not just about increasing minority ownership of pot businesses, Khalatbari and other advocates. Minority and disadvantaged communities should also benefit through more jobs for residents or other community investments.

Pure Oasis owners Kobie Evans and Kevin Hart say they picked Dorchester, a dense and diverse neighborhood about 4 miles south of downtown Boston, with those needs in mind.

Among their 30 or so staffers are residents who live within walking distance from the shop, as well as people with prior criminal records, said Evans.

“The war on drugs had a very detrimental impact on neighborhoods like this,” Evans said after letting in the store’s first wave of 50 or so customers. “We’re here to try and remedy some of those negative effects. We’re trying to give people second changes and create new opportunities.” 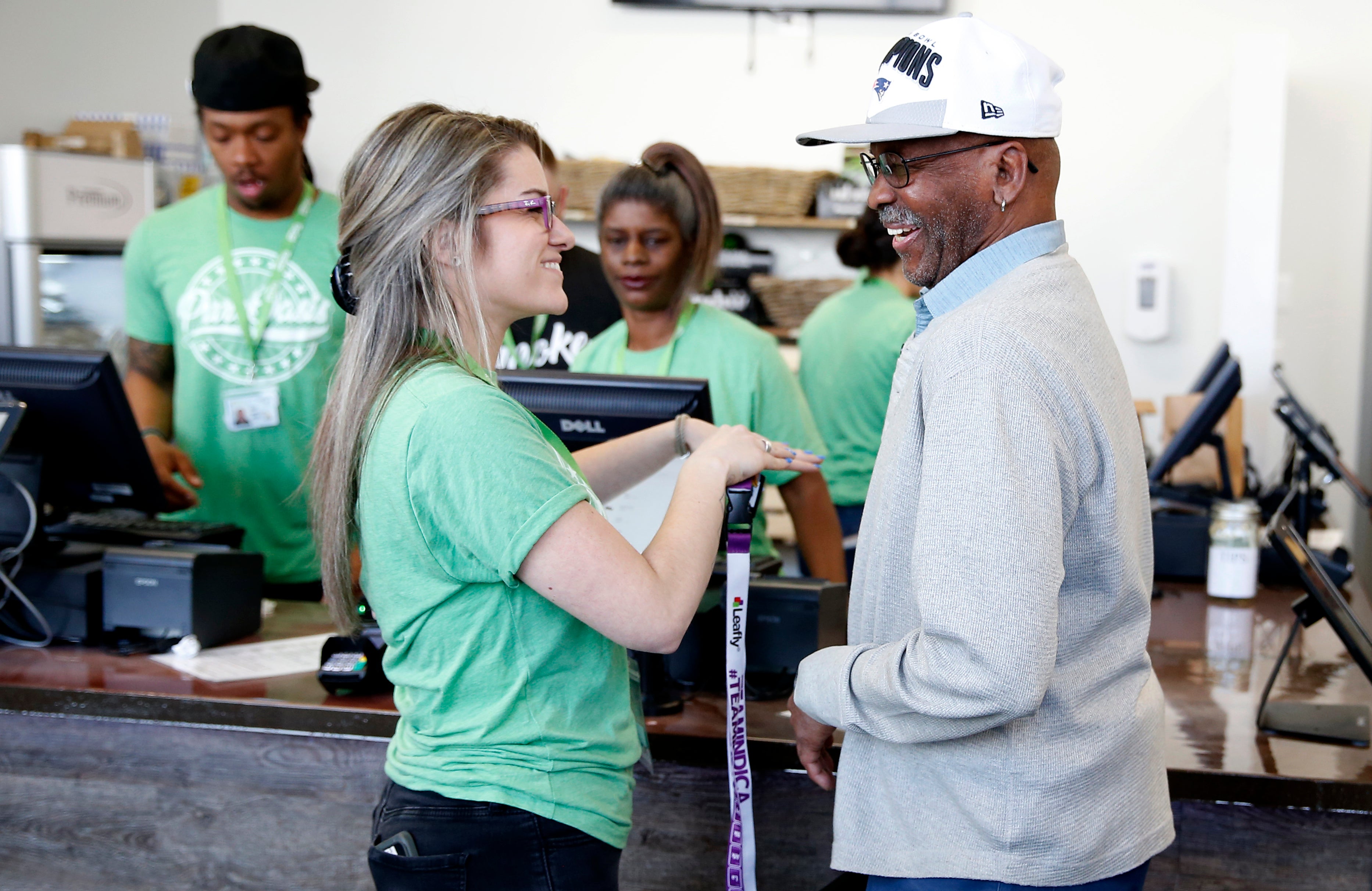 Edward Bullock, of Dorchester, joked with a Pure Oasis employee during their grand opening Monday.

Niambe McIntosh, who is the daughter of the late Jamaican reggae star Peter Tosh and grew up a few blocks from the storefront, said its opening is a “victory” for families like hers that have been harmed by the war on drugs.

McIntosh’s father was a cannabis activist famous for the song “Legalize It,” and her brother, Jawara McIntosh, suffered severe brain injuries after being attacked by another inmate while serving a sentence for marijuana-related charges in 2017.

“This moves the needle towards justice,” said McIntosh after making the first official purchase at the store.

Renee Brown, a 52-year-old Dorchester resident who was among those waiting hours before the store opened Monday, agreed.

“Hopefully this brings in new money and investment and helps build up this neighborhood,” she said after purchasing some marijuana patches that she hopes will help with her persistent knee and back pain. 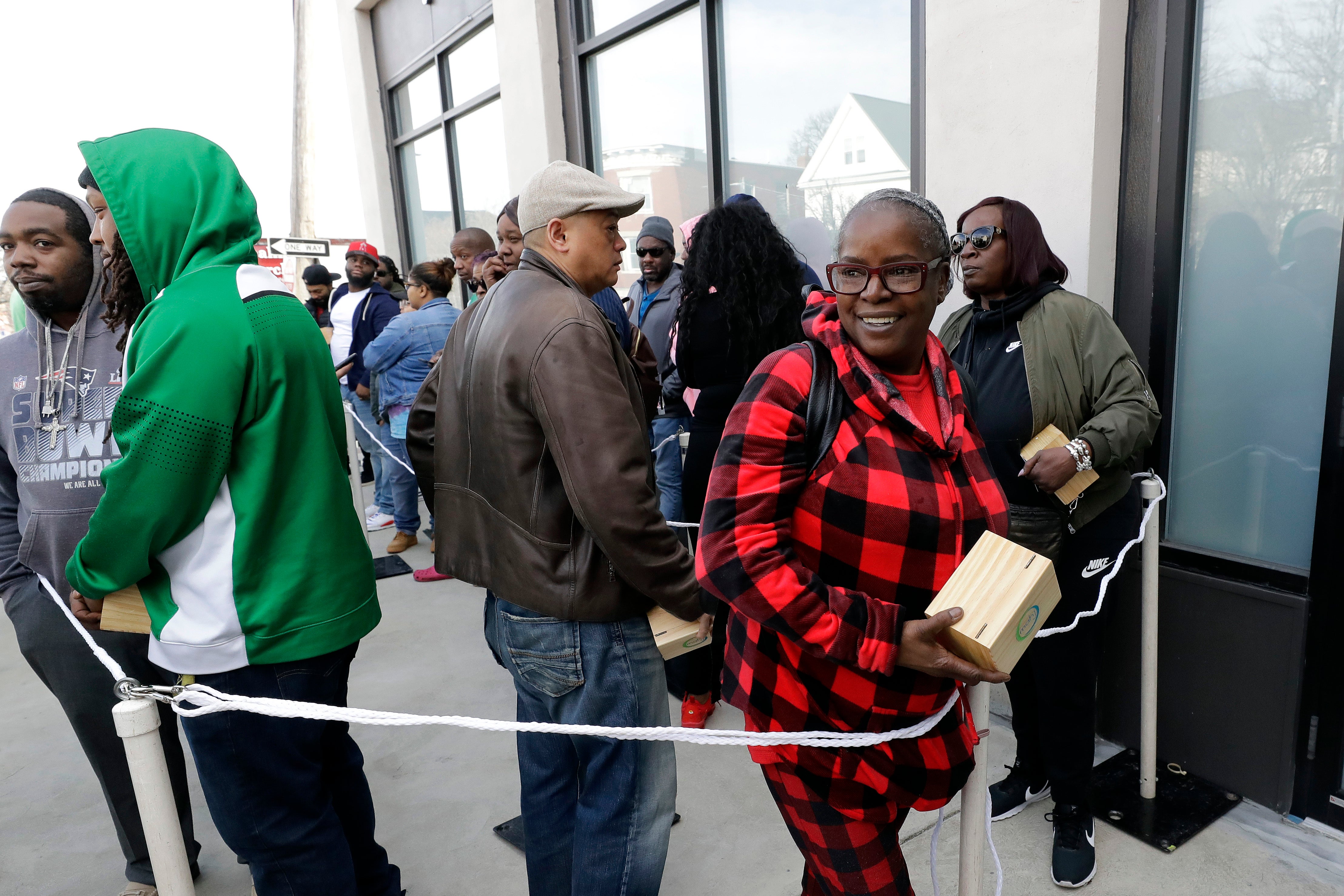 Lisa Clement, of Randolph, waits in line outside Pure Oasis before the store opened for the first time Monday.