The family of Justin Root — the man fatally shot by police in Brookline after pulling what looked like a gun on authorities outside Brigham and Women’s Hospital last month — say they have “many questions” and “significant concerns.”

The response from the family was sent to Boston.com Tuesday, a day after Norfolk District Attorney Michael Morrissey said in a report that police officers were justified in shooting Root, 41, of Mattapan, back on Feb. 7 in Brookline.

Root allegedly pulled out what looked like a gun, later found to be a BB gun, on officers before fleeing in his vehicle into Brookline. After crashing there, Root again reportedly pulled out the replica gun and — after multiple orders to drop it, which he reportedly didn’t — was shot to death by police.

A valet outside the hospital was injured by a bullet, found to have been fired by a Boston police officer, during the interactions between Root and law enforcement there.

“We have had an opportunity to review the report issued by the Norfolk District Attorney’s office,” the statement from Root’s family said. “We have many questions and significant concerns about the Report and we are continuing to conduct our own thorough investigation into the shootings and Juston’s death.”

David Traub, a spokesman for the Norfolk District Attorney’s Office, said Morrissey’s report was shared with the family before it was made public.

“The Norfolk DA’s Office has been in subsequent contact with their legal counsel about providing them with additional materials, which the office will do within any current constraints relative to the ongoing investigation by the Suffolk District Attorney’s Office,” Traub said.

Root’s parents said their son suffered from mental illness. Evan Root, Juston’s father, said in an interview with The Boston Globe soon after the incident that his son had schizoaffective disorder, adding that he was a “sensitive boy with a gentle soul.”

“He sometimes felt like he had to put up a tough exterior, like a lot of gentle souls do, just to get along in the world — which isn’t always so gentle,” Evan Root told the newspaper. 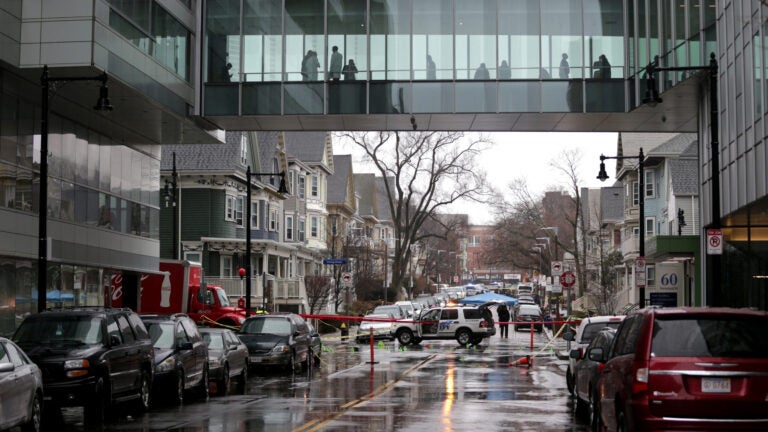