Schools are closed, gatherings of more than 25 people are prohibited, and dining-in at restaurants is no longer allowed.

Those measures, announced Sunday by Massachusetts Gov. Charlie Baker, aim to slow the spread of COVID-19 in the state as the number of cases of the novel virus continue to rise. As of early Monday afternoon, 164 people have tested positive for the new coronavirus.

Below, David Hamer, an infectious disease doctor at Boston Medical Center and professor of Global Health and Medicine at Boston University Schools of Public Health and Medicine, shares what Massachusetts residents should be focused on, with the new restrictions in place and warnings from officials to avoid all non-essential public activities.

Boston.com: There’s been a lot of developments in recent days — closing schools, limiting gatherings to 25 people, shutting down dining-in at restaurants — do you see those measures as being necessary and can you explain why they’re important?

David Hamer: I think they are good measures to take at this point in time. As of [Monday morning], there were 164 people identified with coronavirus in Massachusetts. But less than 1,000 tested. So there are suspicions that it may be circulating in certain communities because people are popping up with infection that don’t have any clear risk factors — like exposure to somebody who’s traveled to Italy or China. So there may be more out in the community.

We need to try and slow the pace of the spread of the virus through everything from social distancing to enhanced personal hygiene — containment measures at hospitals and so forth. Because if it were to increase as rapidly as has happened in northern Italy, we could overwhelm our hospital systems and [not just] run out of basic medical supplies, but also run out of beds and ventilators. We’re sort of trying to prepare for that but I think the better thing to do is to try to slow the progress of the epidemic.

Boston.com: How many people do you think may already have COVID-19 in Massachusetts that we don’t know about because of the limited testing? Do you have an estimate?

David Hamer: I can’t even speculate on that. It’s really hard to assess. I suspect that there are more. The question is, is it many more? Is it just a few hundred more or do we have a thousand or more? And it’s just impossible to know right now. The good news is that there’s really a major push to enhance testing and turnaround, at least by the state [Public Health] lab. There are commercial providers that have stepped in, but those look like they will take more time. So one of the things that I think is going to happen is triaging testing. The more critically ill patients will have tests done that can be done in 24 hours, whereas those who are less symptomatic or less ill — that have been screened and perhaps even sent home to be in home quarantine — those tests may take two or three days to return.

Boston.com: When will we know whether those mitigating actions, such as the school closures, were taken quickly enough and whether they are successful in preventing the spike in cases?

David Hamer: If we look at models of how quickly this virus can spread and how many new people could become infected in the absence of any control measures — and there is some actually good data from northern Italy, which I think probably preceded the institution of more widespread banning of social events and social distancing and so forth — if we compare that curve in terms of the rise in number of cases with what we actually see, my hope is that we’ll be a long way from that. Because it’s pretty scary what’s happened in northern Italy. They really had an almost logarithmic increase in cases. And my hope is that that will really shift that curve to a much more gradual increase. In terms of timing, over the next two to four weeks, we’ll have a good idea if that’s happened.

Boston.com: How long do you think the measures will have to be in place? What should people be prepared for at this point in time?

David Hamer: Honestly, we do not know at the present time. The hope is that this will go on for four to six weeks, and that if things are under reasonable control, we can start loosening up some of our guidelines and allowing more public activity and so forth. The other thing is if there’s a seasonal impact of the weather … [there’s] not a lot of data for that but there’s some, that there may be a seasonal shift in reduced transmission. So I think the next four to six weeks, as we get into mid-spring, are going to be a critical time period.

Boston.com: Are Massachusetts hospitals prepared for a spike in cases?

David Hamer: The larger, urban hospitals, especially teaching hospitals, have put a lot of thought into and have activated incident command systems. They have developed protocols for diagnosis, screening for COVID-19, for treatment, and have developed plans for what will happen if things really escalate very quickly. There’s some degree of coordination amongst those hospitals.

What worries me are some of the smaller community hospitals. If things are not done carefully there and there’s a patient who’s not identified and staff are infected, then that could knock out a number of healthcare workers and really could have a negative impact on the capacity of those hospitals to function. I haven’t been in touch with some of the smaller hospitals around the state, but I suspect they are quite concerned about having appropriate screening, isolation, and management protocols in place.

Boston.com: Is there any action that you think still needs to be taken urgently in Massachusetts to prevent the surge in cases?

David Hamer: I think one on the public health side is contact tracing — trying to identify someone who is infected and then having some system to identify who they’ve been in touch with, encouraging those people to either go into self quarantine and/or if they are symptomatic, to be tested. That’s been done very successfully, but with a lot of resources in Singapore and actually to some extent in China as well. But that’s a fairly resource intensive approach to trying to control an outbreak. And I’m not sure the state necessarily has the resources for that.

Beyond that, the other big thing is adherence to the recommendations. For people to really follow the advice that the state DPH, the city public health commission are providing.

Boston.com: What would you say is most important for people who are at home,  practicing social distancing, and who are following all these updates? What is the most important thing for people to keep in mind through all of this?

David Hamer: Try and minimize time out at gatherings. If you go out in public places, to wash your hands before going in and after leaving any public places, especially if you’ve had contacts with either individuals there or any surfaces. And then, just sort of try and live one’s life normally but with restricted interaction with large numbers of other people. 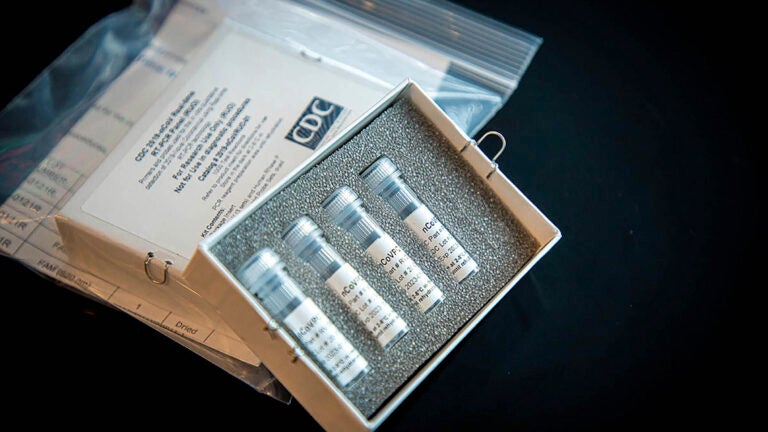