The Haymarket Registry of Motor Vehicles location, one of eight service sites open during the coronavirus pandemic, featured a long and winding line Wednesday morning, with more than 25 Mass. residents crammed together, hoping to address their driving needs in case the RMV shuts down for an extended period.

“The line is just insane,” 26-year-old Lynn resident Dozie Amanze told The Boston Globe as he stood in line hoping to renew his license, which was set to expire in two weeks. “It’s ridiculous to have this many people here waiting … I’m trying to get it renewed right now because who knows what’s going to happen in two weeks?”

Others told the newspaper they traveled to the Boston location after struggling to finish transactions digitally.

In a statement, the RMV said it offers over 40 services online — including vehicle registration renewal, requests for title replacements, and citation payments.

Aside from online options, the RMV said it will give 60-day extensions to any Class D or Class DM driver’s licenses, ID cards, and learner’s permits that have or will expire between March 1 and April 30.

Even with the digital transactions and extensions, the RMV said it would be opening eight locations starting Wednesday and that “customers visiting the open centers will be issued tickets on a first-come, first-served basis with priority given to those customers with transactions that cannot be completed online.”

They noted that limited tickets would be given based on how many customers could be realistically served in any given day. And, hoping to practice social-distancing, the RMV said it will only allow a certain number of customers inside each center at a time.

The RMV explained other precautions it’s taking to mitigate the virus’ spread, such as enhancing facility cleaning, obtaining more contactless hand sanitizer dispensing stations, issuing certain employees antiviral disinfectant wipes along with mini hand sanitizers, and expanding areas to be disinfected, according to the statement.

While no hearings will occur in Plymouth, Pittsfield RMV hearings will resume on March 25 and others will still be conducted at the Boston Haymarket, Brockton, Fall River, Lawrence, and Worcester locations, the RMV said.

One customer who braved the Wednesday-morning crowd, a 50-year-old Lyft driver, Ronnie Were, told the Globe he had hopes of getting a new vehicle registration — but didn’t think it was the best idea to only open select locations, amassing everyone in one spot.

“Why can’t they just have it all open up and just do the same thing instead of cramming a hundred people on [one] spot?” Were questioned. “It just doesn’t make sense.” 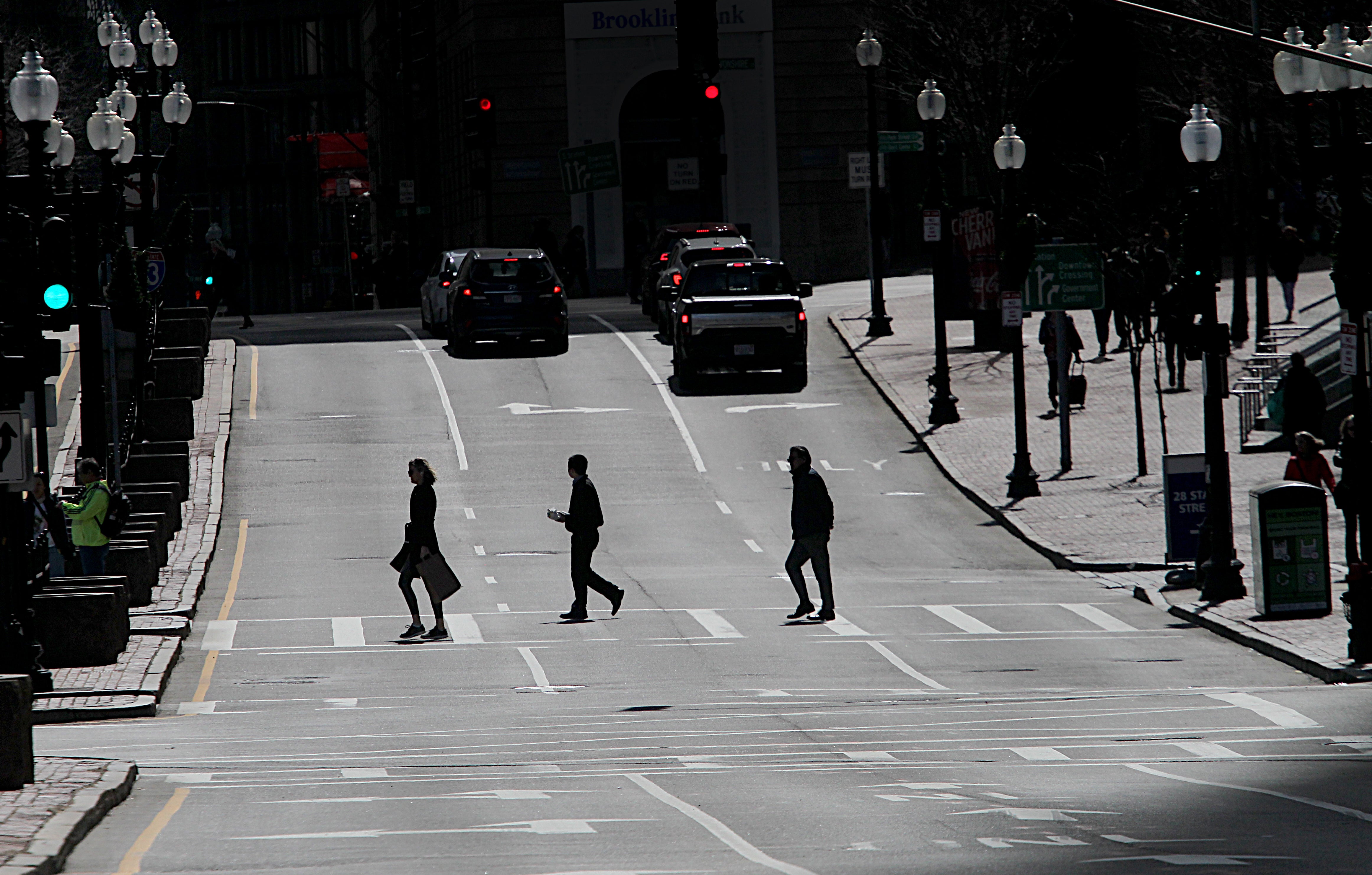