Businesses and stores across Massachusetts are going dark and remote — if they haven’t done so already — temporarily under a new emergency order issued by Gov. Charlie Baker Monday morning.

Nonessential services are closing down for two weeks starting Tuesday at noon through April 7, forcing any stragglers that have remained open amid the coronavirus pandemic to close up their shops and offices.

But here’s one place shoppers can still expect to be there for a bargain or two: package stores.

Yes, liquor stores are considered essential businesses in the commonwealth, right there among the select places catering to the public that are allowed to continue on, such as grocery stores, pharmacies, gas stations, and medical facilities.

Gov. Baker says the decision ‘is driven by federal policy as much as anything else’

Baker, moments after announcing the emergency order Monday, was asked about how places like package stores and marijuana dispensaries would be affected by the new regulations.

“Food and beverage operations, which would include package stores, fall in as essential, and that’s driven by federal policy as much as anything else, and is in every other single order that we’ve read in every other jurisdiction that’s issued one at the state level,” Baker said.

While states are taking their own approaches, guidelines issued by the federal Cybersecurity and Infrastructure Security Agency, or CISA, lay out the language that’s largely used in the state rules.

The guidelines allow for food and beverage sales, and for beverage production facilities and beverage distributors to continue working.

Overall, CISA’s guidelines and Baker’s order include a large spectrum of industries that are deemed essential, from health care and law enforcement to financial services and the news media.

According to a memo from CISA Director Christopher Krebs, the list is to “help state and local officials as they work to protect their communities, while ensuring continuity of functions critical to public health and safety, as well as economic and national security.”

“The Baker-Polito Administration issued a list of designated businesses and other organizations that provide essential services and workforces related to COVID-19 that shall continue to operate brick and mortar facilities during this two-week time period,” state officials wrote in their list. “This list is based on federal guidance and amended to reflect the needs of Massachusetts’ unique economy. While these businesses are designated as essential, they are urged to follow social distancing protocols for workers in accordance with guidance from the Department of Public Health.”

When asked about why package stores are considered essential, a Baker spokesperson pointed to the federal guidelines. A request for more information from CISA was not immediately returned Monday afternoon.

Mass. is not alone

As Baker said, Massachusetts is far from being the only state that considers liquor stores essential businesses.

Across the state line in New York, “all food and beverage stores” are allowed to stay open under Gov. Andrew Cuomo’s “New York State on Pause” plan that took hold Sunday night.

In California, where a shelter-in-place order is in effect, the Department of Alcoholic Beverage Control is allowing liquor shops to keep their doors open and restaurants to sell “beer, wine, and pre-mixed drinks or cocktails” for delivery or pickup, according to USA Today.

Curbside sales are allowed at stores in Alabama, and shops can stay open until 8 p.m. in New Jersey, the newspaper reports.

“Verifying age to keep teens from being served, maintaining product integrity to keep counterfeits out of the market, and ensuring compliance with state and federal laws is paramount,” the statement says.

Apparently, closing stores could, in some states, go against efforts to discourage people from staying close to home.

In Pennsylvania, liquor stores are closed, despite the fact they remain open in neighboring New Jersey and New York.

“What happens is people (in Pennsylvania) cross the river and go into New Jersey,” Jerry Hathaway, a New York City-based attorney, told USA Today. “Well, you know, travel is bad. I think we should have a federal standard.” 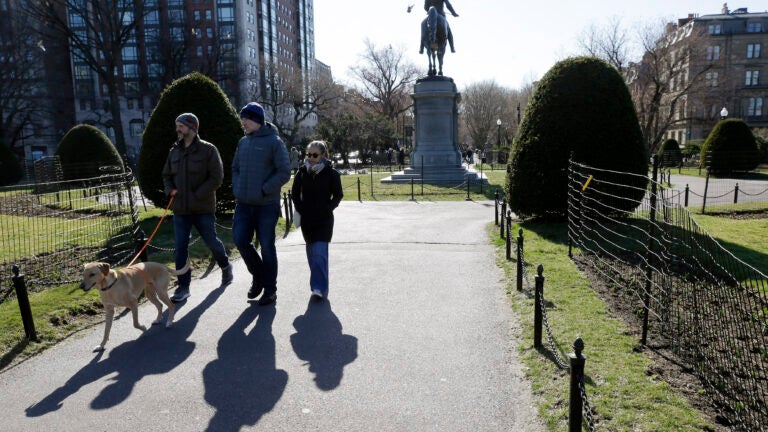