The chorus of attorneys, prosecutors, and activists working to reduce the number of people in jails and prisons in Massachusetts is growing louder as concerns of coronavirus spreading — even thriving — behind bars have intensified amid newly announced cases.

According to the state Department of Correction, there are now eight inmates, in addition to one staff member and one medical provider worker, who have COVID-19 at the Massachusetts Treatment Center in Bridgewater, as of Tuesday. One staffer at the Massachusetts Correctional Institute-Shirley has also tested positive.

Advocates and attorneys are urging officials to step up the measures to safeguard those most vulnerable in the commonwealth’s prisons and jails, fearful that with a prison population of over 16,000, these initial cases could only be a small fraction of what’s to come if no actions are taken.

The Committee for Public Counsel Services, the American Civil Liberties Union of Massachusetts, and the Massachusetts Association of Criminal Defense Lawyers have filed an emergency petition before the state Supreme Judicial Court, targeted at scaling back the number of imprisoned and detained people who don’t pose a threat to public safety if released.

“Correctional facilities, where physical distancing and vigilant hygiene are impossible, can be petri dishes for the rapid spread of infectious disease,” the attorneys wrote in the filing. “Outbreaks in our prisons will, of course, imperil the lives of incarcerated people, but they will also endanger correctional officers and medical staff, their families, and their communities as staff cycle through the facilities. The more people who contract the virus, the more treatment they will need, and the more precious resources their treatment will require. Prison outbreaks imperil us all.”

Rebecca Jacobstein, an attorney with CPCS who filed the petition, told Boston.com Wednesday she has heard inmates are “incredibly, incredibly worried.”

Inmates both eat and take their recreational time together. Some cell blocks hold between 30 and 50 people, making social distancing far from an achievable reality, according to Jacobstein, who said the virus would “spread like wildfire” in a prison.

Cases would add to the influx hospitals are already expected to face, she added.

“They closed down the colleges for a reason,” she said.

In their petition, the groups ask the SJC to require trial courts to “account for the threat of COVID-19 in jails and prisons when they analyze the need for pretrial detention” and to end sentences of certain prisoners who are vulnerable to the virus, near the end of their sentence, or who are eligible for parole, including medical parole.

Jacobstein said petitioners are also seeking the release of people being held before trial who are not dangerous and have not been able to post cash bail.

The trial courts and the SJC, they note, have already recognized the seriousness of the virus by taking their own precautionary measures.

In some cases, prosecutors and attorneys have already agreed to terms of release, but judges haven’t followed through because they’re uncertain whether they have the authority, according to Jacobstein.

“It’s just important for public health,” Jacobstein said. “Not any individual’s health, which it is also important for, but also the community, big-picture health.”

In other cases, releases are already underway.

According to the Northwestern district attorney’s office, prosecutors have agreed to release 19 out of 76 pretrial detainees being held in Franklin and Hampshire county jails — a 25 percent reduction of the local jail populations. Information on when they will be released was not readily available, “but release should be in the coming days,” an email from officials says.

District attorneys in three other counties — Berkshire, Middlesex, and Suffolk — have also signaled taking similar steps, having signed a national letter last week pushing for a reduction in the imprisoned population.

“While Americans across the country are being encouraged to self-isolate, members of our incarcerated population are, by definition, doing the exact opposite with no alternative options,” Suffolk County District Attorney Rachael Rollins’s office said in a statement last week. “We need to seriously consider pathways to prevent the spread of COVID-19 for our incarcerated populations, the overwhelming majority of which will return to our communities at some point in the future.”

If passed, prosecutors and authorities would be ordered to review qualifying cases of pretrial detainees and prisoners for early release, such as prisoners over the age of 50, those who are especially vulnerable to the coronavirus, those who qualify for medical parole, and those who are within six months of completing their sentence, among other categories.

A hearing on the proposal, which has over two dozen co-sponsors, could reportedly come as soon as next week.

Jacobstein said the state attorney general’s office, the Department of Correction, district attorneys, sheriffs, and the state parole board will all weigh in on the emergency petition this week with a Thursday deadline.

She hopes the court will move quickly after that.

“Every day of delay is a disaster,” she said. 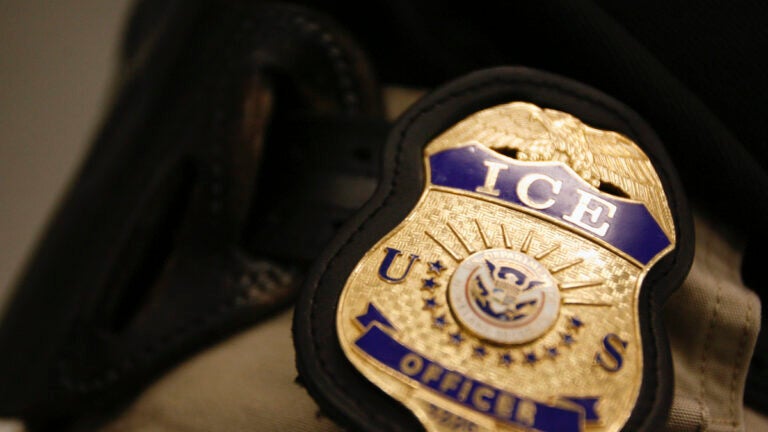