With school closures extended to May 4 in response to the coronavirus pandemic, many districts have gotten creative with their home learning resources, going as far as making YouTube channels for their students to watch digital lessons and join virtual read-alongs.

Joelle Gamere — assistant principal for Mattahunt Elementary School in Mattapan and director of the Toussaint L’Ouverture Academy, the school’s Haitian-Creole pre-K dual language program — said their principal, Walter Henderson, came up with the idea of a YouTube channel when trying to think of the best way to digitally and personally connect with a young age group.

Since then, the school’s science specialist, Lisabeth Minihane, has been acting as the content manager while also making videos of her own titled “Kitchen Science,” Gamere added.

She said even the cafeteria manager, who’s been blasting music while he cleans to keep the spirit alive without any students around, is hoping to contribute videos to the channel.

“For us, having a YouTube channel is kind of fostering a love of reading, and we’re modeling it for our students on the YouTube channel and so hopefully it encourages the students to go pick up a book at home,” Gamere said. “And also validating for the families, for immigrant families too, that you don’t just have to be reading to your children in English. You can enjoy reading and having a book read to them in various languages.”

Since organizing the channel on March 17, teachers have posted over 60 videos.

She said everyone has made efforts to create content reflecting the needs of all Mattahunt’s students — including students who have autism, students involved in the school’s social, emotional wellness program, and students in the Haitian Creole dual-language program.

“It’s not fair for a student who has autism not to really be able to access anything, and it’s definitely not fair for a student who is learning to speak Haitian Creole, not having something to help support their needs,” Gamere said. “The parents are listening in on the stories too because growing up for many of them, there weren’t many books in Haitian Creole. Most of the instruction that they received was in French so it’s entertaining for them to see something that they can share with their children in Haitian Creole.”

She said for some students “school is a sanctuary, it’s a safe place. And this is a place that they can kind of go and access that safe place online, in a virtual way.”

For other online resources, Gamere said students have been using Starfall Education, ABCmouse, and  Raz-Kids.

When Governor Charlie Baker extended public and private school closures until May 4, he also announced a partnership between the Massachusetts Department of Elementary and Secondary Education and WGBH. The DESE will provide educational resources on its website for younger students, while WGBH and WGBY-TV will host educational programming for middle and high school students on their WORLD channel from noon to 5 p.m.

Similar to Mattahunt, Leominster Public Schools compiled a YouTube channel for its district, including educational videos organized by each grade level.

“Our goal, as a district, was to bring collectively all of the departments together,” Lowell Public Schools Chief Academic Officer Robin Desmond said. “We came up with a cohesive way to be able to provide all of our students access to the same materials.”

Collectively, teachers have posted over 110 videos to the channel and Desmond said the channel’s viewership has been growing exponentially with every day.

Community Engagement Officer Latifah Phillips said they wanted to record read-alouds specifically since some students might not have books at home.

“And it’s been a way for us to stay connected with our students and families,” Phillips said. “We’ve received a lot of positive feedback from families.”

She said they also wanted to expose students to new book series while still giving them access to the comfort of their favorite titles.

“It just has helped them feel connected when everything was feeling uncertain and, you know, potentially frightening for kids,” Phillips said. “They can go on and see someone in their building, even if it’s not a teacher that they directly have had, they’ve seen their faces multiple times.” 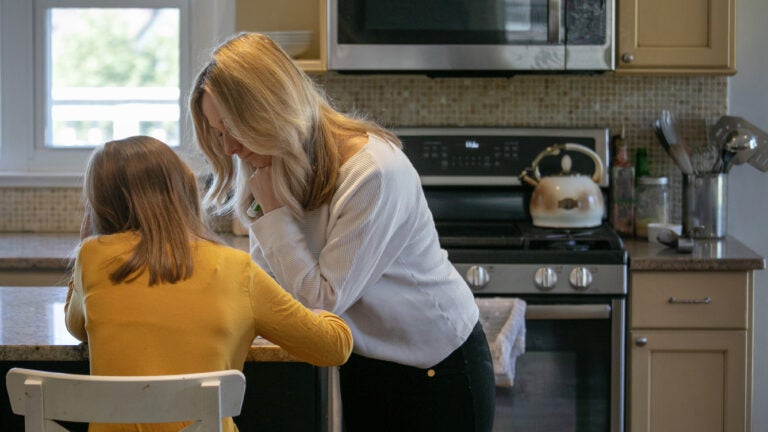 How to keep your children calm amid all of this upheaval