With recreational marijuana sales currently on hiatus in Massachusetts, local dispensaries are focusing on a new product instead: hand sanitizer.

Revolutionary Clinics, one of the state’s largest cannabis providers, recently completed the first 100-gallon batch of hand sanitizer produced at its Fitchburg facility, and had it packaged and ready to be donated to local hospitals on Monday.

The delivery is part of a larger movement within the state’s cannabis industry, which kicked into gear after John Hillier, a board member of the Commonwealth Dispensary Association (CDA), brought the feasibility of the project to the association’s attention. Shortly thereafter, the CDA and the Massachusetts Health & Hospital Association (MHA) announced a hand sanitizer partnership, with Gov. Charlie Baker authorizing CDA member organizations like Revolutionary Clinics to produce hand sanitizer in order to be donated to local hospitals.

“In a very difficult time for people across the globe, we felt it was incumbent upon us to step up and use our infrastructure and our know-how to support those who are on the front lines of fighting this pandemic: our health care workers,” Revolutionary Clinics CEO Keith Cooper said in a press release. “I am extremely proud of our employees who have enthusiastically embraced this project in addition to our continued mission of serving our medical patients.”

The effort at Revolutionary Clinics was led by lab manager and vice president of product Dan Gillan, who oversaw a team of five at the facility. Gillian told Boston.com that while hand sanitizer isn’t a complex product to make, producing it at scale requires specialized equipment, which the company already had on hand.

“Making sanitizer is fairly straightforward assuming you have the facilities, the permits, and the equipment,” Gillian said. “It’s like baking. When you weigh out your ingredients, making the brownies is easy. It’s just mixing everything in a bowl.”

There is also the difficulty of finding the three ingredients used in World Health Organization’s approved hand sanitizer formula. Revolutionary Clinics already had one of the three ingredients used for hand sanitizer in ethanol, as the company uses the chemical to extract cannabinoids like CBD and THC from the cannabis plant for use in products like vapes and edibles. Gillian also found the second ingredient, hydrogen peroxide, at the proper concentration level with relative ease.

It was the third ingredient, glycerine, that forced Gillian to hit the phones, as the chemical was suddenly in short supply. In the end, local e-cigarette company North Shore Vape Distribution donated the first three gallons the company used to make the sanitizer.

“They wanted to show they were ready to step up and help,” Gillian said. “It was really great in a time of need.”

At least a dozen other dispensaries are on board with the hand sanitizer effort, with the CDA estimating that, at full capacity, its members could produce 5,000 gallons of sanitizer a week if needed. The cannabis industry’s collaboration comes after some of the state’s alcohol distilleries undertook a similar effort, with spirits manufacturers like Bully Boy, Short Path, and GrandTen keeping in close contact in order to coordinate efforts and source materials to produce hand sanitizer.

Gillian said that regardless of how much hand sanitizer Revolutionary Clinics ends up producing, the effort has been a morale boost for everyone involved.

“The entire team is excited and humbled by the ability to step up and do this for our health care system during such a critical time,” Gillian said. “The feeling that they’re getting from giving back in a tangible way, instead of just sitting in their houses, is huge for us. Seeing people do things like this is the sort of positivity we need in this moment.” 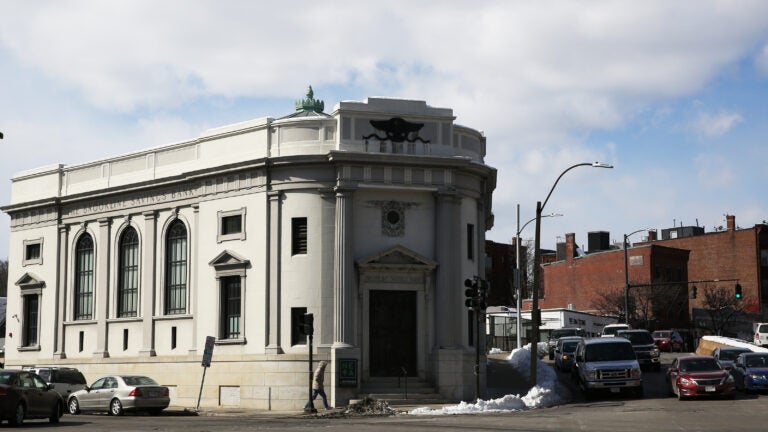 Marijuana businesses and advocates are pushing for ‘essential’ status in Mass. Here’s why.