It was a record week for unemployment claims in Massachusetts, with just over 181,000 people filing new claims.

And even though officials say there are hundreds more people working at the state Department of Unemployment Assistance call center to answer questions, some people are reportedly still having difficulty receiving an answer.

Of the over 1,800 calls Attorney General Maura Healey’s Office has received on its Fair Labor hotline over the last couple of weeks, about 80 percent — more than 1,400 calls — were people calling with an issue related to filing for unemployment.

One of the callers was visually impaired and needed help filing. Another was a homeless man who didn’t have access to a computer. A third was an elderly person who was having difficulty with the online system, and couldn’t reach anyone at the Department of Unemployment Assistance for help, according to a spokesperson for Healey’s office.

As the crisis caused by COVID-19 continues to leave many without work, the DUA is fielding many, many more calls than it has even during the worst times of the 2007-2009 recession, according to the department.

A spokesperson for the Executive Office of Labor and Workforce Development, which the DUA falls under, said in a statement to Boston.com that officials are working to process the claims “as quickly as possible,” and several hundred new employees have been added to help during the challenging circumstances.

“The department continues to prioritize efforts to process claims through the online system and by phone, and has deployed over 500 new employees to work remotely to keep pace with increased volume,” part of the statement said. “The department has made over 34,000 individual callbacks and has held unemployment town halls in both English and Spanish, which have been attended by over 70,000 constituents.”

Between March 22-28, just over 181,000 people filed an initial unemployment insurance claim, which is an increase of 22.3 percent over the prior week, according to new data released by the executive office on Thursday.

Those who had been working in food and accommodations again filed the most claims within a week, totaling nearly 26,000, though the department notes that this is a drop over the prior week when workers in this sector represented an increase of over 44,300 in initial claims.

Along with the addition of new employees, DUA is also hosting online town hall-style virtual forums to help get information out, plus there’s a specific page focused on unemployment during the COVID-19 outbreak.

In a press conference on Tuesday, Gov. Charlie Baker noted the staffing increases.

“I mean, they’ve scaled up literally by a factor of practically 10 to enhance their ability to both take their incoming calls and call people back who call in with questions,” he said.

Baker stressed the importance of listing an employer exactly how it appears on an employee’s W-2 form, or that could cause the application to be turned down.

“They’re working to process a lot of the stuff that’s comes through that’s kicked out and are constantly working down through those people who have submitted but for whatever reason their application didn’t process the first time,” he said.

DUA is also awaiting advice on how to implement the new federal CARES Act, which will provide unemployment benefits to people who aren’t usually covered under the state’s unemployment law, such as those who are self-employed.

“The Department of Unemployment Assistance looks forward to implementing changes to the unemployment system which will provide an additional $600 to all unemployment claimants and extend eligibility to the self-employed, those who have exhausted unemployment benefits, and those who did not meet income thresholds,” the spokesperson from the department said in a separate statement.

“The department is eagerly awaiting federal guidance related to the CARES Act’s application requirements, business rules, eligibility standards, exceptions, and technical requirements, and they will act swiftly to provide needed financial assistance to residents of the Commonwealth as soon as possible,” the statement read.

Healey’s office has been calling back anyone who calls the Fair Labor line, but workers tasked with answering these calls do this on top of answering normal hotline calls, according to the spokesperson. Healey has called on Baker publicly to increase staffing for DUA.

“Our hotline is flooded with calls from workers unable to speak to a live person at Dept. of Unemployment,” Healey said on Twitter. “We are doing our best to get them answers, but they need the Governor to staff up and open the TeleClaim Center now.

“Our hotline staff is helping people who left a message for DUA 4 days ago,” she said in a separate tweet. “The public deserves a responsive government during this crisis.” 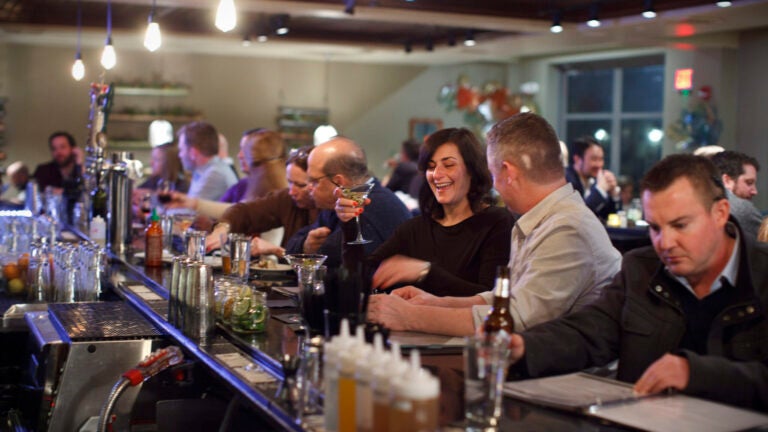