As the state opens an investigation into how an outbreak of the novel coronavirus was potentially mismanaged at the Holyoke Soldiers’ Home, officials say they expect the number of cases and deaths among the veteran residents to rise in the coming days.

Secretary of Health and Human Services Marylou Sudders said Thursday that testing of all residents and staff had been completed at the Holyoke facility and “results are coming in.” At the state’s Chelsea Soldiers’ Home testing of residents by a medical team was also underway, she said.

In Holyoke, 21 veteran residents have died — at least 15 of whom tested positive for COVID-19. In Chelsea, two residents diagnosed with the novel coronavirus have passed away.

The state released the following breakdown of the cases among residents and staff at the two veterans’ homes:

The total numbers at the Holyoke Soldiers’ Home as of Friday:

The total numbers at Chelsea Soldiers’ Home as of Friday:

Sudders said Thursday that the state is rolling out onsite, quick turnaround testing of residents at nursing and rest homes across the commonwealth with the aim of tackling and containing outbreaks of the novel coronavirus among the populations at high risk of severe illness.

“The nursing home project that we launched on Tuesday is now ramping up to full force,” the secretary said. “We have 16 members in the Massachusetts National Guard deployed. An additional 45 will be added to the team in the next couple of days. We have a single point of contact for nursing and rest homes seeking help with testing, so far the program has tested 280 individuals and we plan to reach more people in the coming days.”

Currently, she said the program is focused on homes with known clusters of cases and facilities that are transitioning into COVID-19 nursing homes. According to Sudders, out of the state’s 700 long-term care facilities, coronavirus “clusters” have been identified at 78 homes.

“We know that older residents, particularly living in long-term care facilities, are at high risk. … We are working hard to mitigate these clusters and keep residents and staff safe,” she said.

The National Guard continues to remain on site at the Holyoke Soldiers’ Home, supporting staff and conducting testing, she said. All employees are screened multiple times a day for symptoms of the virus and are being asked to leave work if they have a fever.

A clinical command structure, deployed earlier in the week after the gravity of the situation at the home came to light, has been establishing control protocols and triaging all residents, she said. A hotline has been set up for families to reach out to the home and get information about loved ones.

“Despite the clinical care command structure establishing order and medical protocols, COVID-19 is a highly contagious virus that has a much more severe impact on older adults and those with underlying conditions,” Sudders said. “The numbers of infected residents and deaths will, unfortunately, continue to increase over the next coming days.”

The superintendent of the Holyoke Soldiers’ Home, Bennett Walsh, was placed on administrative leave on Monday after state officials say they were notified Sunday night that 11 veterans had died and five residents had tested positive for the novel coronavirus but the cases had not been communicated to the appropriate authorities.

Gov. Charlie Baker has tapped a former prosecutor for the U.S. attorney’s office in Boston, Mark Pearlstein, to conduct an investigation into the events inside the facility and the initial management of the outbreak.

Walsh has released a statement denying any wrongdoing. But employees at the home told WBUR that when the first suspected case of coronavirus was detected in a resident in the home’s memory care unit, leadership failed to follow CDC guidance on isolating individuals suspected of having the virus.

“He was not in any sort of isolation,” a CNA at the facility told the station. “He was among 23 or 24 other veterans. He walked around infecting everyone there.”

While the veteran was tested, employees told WBUR that staff who were still interacting with him were told not to wear protective masks and the home didn’t announce the positive result publicly for a week after it came in. Even after the positive result, the staff allege that the infected veteran was allowed to walk around in common spaces and interact with other residents, according to WBUR.

WHDH reports a nursing assistant at the Holyoke home was reprimanded by management for wearing personal protective equipment on March 18 as the outbreak was unfolding.

Holyoke Mayor Alex Morse has said he was alerted to the worsening outbreak at the state-managed home for veterans on Saturday by an anonymous letter. After contacting Walsh, Morse said he was concerned about a “clear lack of urgency” on the superintendent’s part, so he reached out to Baker’s office about the situation.

“We will get to the bottom of what happened and when and by who,” Baker said earlier this week. 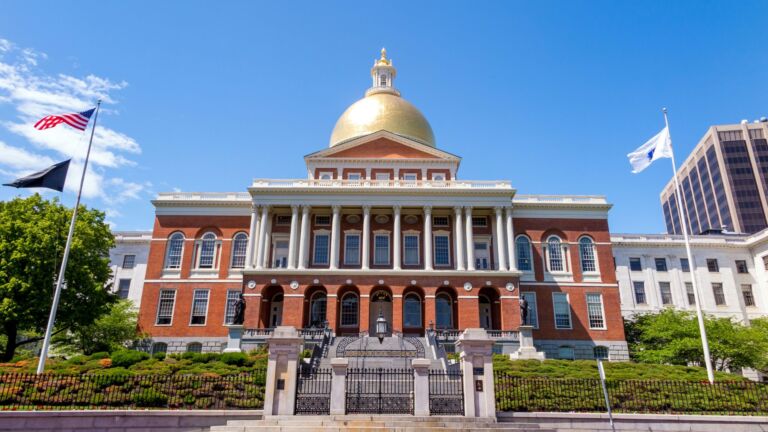