Due to restrictions to slow the spread of the coronavirus, Massachusetts restaurants will only be able to offer takeout or delivery for at least another month, if not longer.

However, beginning this weekend, residents may be able to tack on a bottle of wine or beer on their order.

Gov. Charlie Baker signed a municipal relief bill Friday afternoon that, among other things, allows restaurants and bars that are licensed to sell alcohol to offer wine and beer for takeout and delivery for as long as the COVID-19 state of emergency remains in effect.

Local breweries have already been offering pick-up and home delivery during the pandemic, but the new law means any establishment where diners could get a beer on tap or a bottle of wine with dinner can also provide those takeout options — with a few conditions.

First, the new law only applies to wine and malt beverages (i.e. beer), and excludes hard alcohol. So sorry, no takeout margaritas or home-delivered shots.

Second, to-go alcohol purchases must be made with at least some sort of food; you can’t solely order a bottle of beer or wine.

Third, they have to be sold in a sealed container. And wine has to be in its original bottle.

The law also says that no to-go orders including alcohol can be sold after midnight, as opposed to the state’s 2 a.m. closing time for bars.

And lastly, legal age laws obviously still apply. Especially for delivery, the law requires that establishments verify that the recipient of the order is at least 21 years old, the same way they would check a customer’s ID at the bar.

With dining-in bans sweeping the the country in response to the coronavirus, an increasing number of other states have also moved to temporarily allow restaurants to deliver alcohol as a lifeline to the hard-hit industry. In a recent Boston Globe opinion piece, chef Jody Adams and BevNet editor-in-chief Jeff Klineman wrote that sales of beer, wine, and spirits generally account for between 30 and 50 percent of a restaurant’s dine-in revenue.

Nationally, alcohol sales at grocery stores and liquor stores — which remain an essential business in Massachusetts — have surged during the early days of the outbreak.

After limiting restaurants to takeout and delivery on March 15 (and recently extending the order until at least May 4), Baker first proposed allowing takeout wine and beer sales as part of a proposed bill on March 24. Restaurant industry groups had also advocated for the move. Even if it’s not a silver bullet, they hope it can make a meaningful difference for at least some businesses.

“It is a life preserver being thrown to help the drowning neighbor,” Bob Luz, the president of the Massachusetts Restaurant Association, told Boston.com. 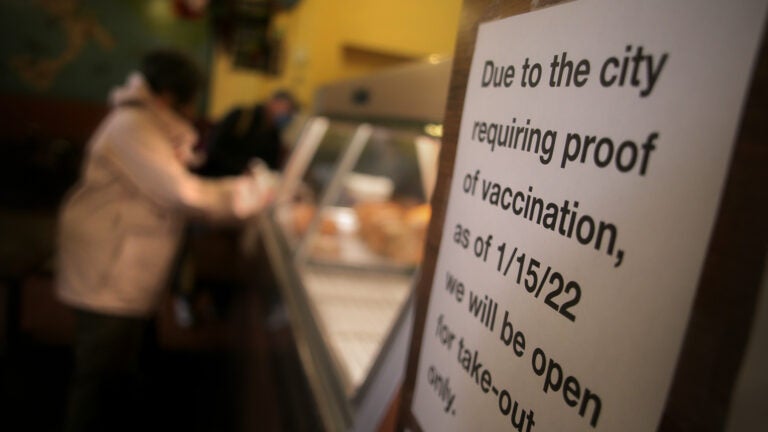