As the weeks blend together, 72-year-old Paula Weiner said she sometimes forgets which day is which.

“Everybody forgets,” said the resident of Hebrew SeniorLife’s Jack Satter House in Revere.

But she feels re-centered when the rabbi’s voice comes through the speakers every morning.

“She will tell you that today is Thursday, April 2, and it’s probably going to rain,” Weiner said. Then she asks everyone to take a deep breath and look at the ocean. She always says a few prayers for the tenants, and sometimes, she’ll read poems.

“It’s for your wellness,” Weiner said. “I think it helps, listening to people tell you to breathe in.”

And beyond that, Weiner said her phone has been her lifeline.

Many older adults rely on their communities and contact with others, but since March 26, after an uptick in COVID-19 cases were linked to the Jack Satter House, residents have been pushed into social isolation, complying with the City of Revere’s call for all tenants to quarantine in their apartments.

Satter House staffers now deliver meals, groceries, laundry, and mail to residents daily, while visitations have been restricted to essential care only.

Weiner said it’s been harder for some than others.

For her, it’s the little things that keep her sane — like ordering a whoopie pie from the mom and pop store downstairs, playing a word game on her cellphone, watching the shows she used to watch with her mother, like “Days of Our Lives,” and dressing up for no reason in specific.

“Yesterday I did put a little makeup on, I don’t know why, I just did,” Weiner said. She also shaved her legs, even though she hates doing it, just to pass the time for another five minutes.

Weiner said she spends almost all day talking to her friends and family over the phone to make up for all the people she hasn’t seen in a week, but the virtual connection isn’t the same.

“It’s the contact, that’s what everybody here is missing,” she said. “But it’s not so bad we’re going to go crazy — at least I hope not.”

The other day, Weiner said a parade of employees braved Revere Beach Boulevard, calling residents and waving up at their windows.

“And we were waving and screaming and everybody was screaming in the cell phone ‘I love you,’ and the big sign said ‘We love you, we miss you,’” Weiner said. “I started to cry, it brought tears to my eyes.”

After the parade, staff stopped by each door, dropping off a little bag of puzzles and games to help keep tenants occupied.

“The employees, along with residents here, they become your family,” Weiner said. “And the people that have passed away, I do know all of them. I was close to some of them.”

As of Thursday, 20 Satter House residents tested positive with COVID-19. Eight of them are currently in the hospital and six have died from the virus.

She said so many people are missing them.

“And it’s so shocking because you don’t expect some of these people to have passed away in the first place,” she said. “But because it’s an elderly building, you kind of expect that’s going to happen. You just don’t expect it in the way that it comes.”

Weiner said most residents are used to hearing sirens after someone’s fallen, but this time has been different.

“It’s a number of people,” she said. “There’s never been so many people at one time.”

Weiner said she used to play Mahjong with one of the people who died.

“I didn’t know that she was even in the hospital, let alone she had the virus and she passed away,” Weiner said.

With the Satter House in the news so frequently, she and other residents have gotten calls from people they knew years ago who just wanted to check in.

“I know it’s bad news that’s going on about the Jack Satter House,” she said. “But it’s bringing people closer. I probably wouldn’t have spoken to these people, but they’re now calling me to make sure I’m OK.”

But she’s more worried about people living outside the Jack Satter House than she is for herself.

When the pandemic first started to spread, Weiner said her niece called saying she was going to pick her up and bring her to her house.

“I said no, I wish you guys could stay with me,” she said, explaining how the staff have helped her and other residents navigate the pandemic’s stressors.

“[The staff] are living their lives here,” she said. “I don’t know what time they come in or what time they leave but I’m sure it’s a long, long day.”

And though the days are blending together, she said she’s staying hopeful. 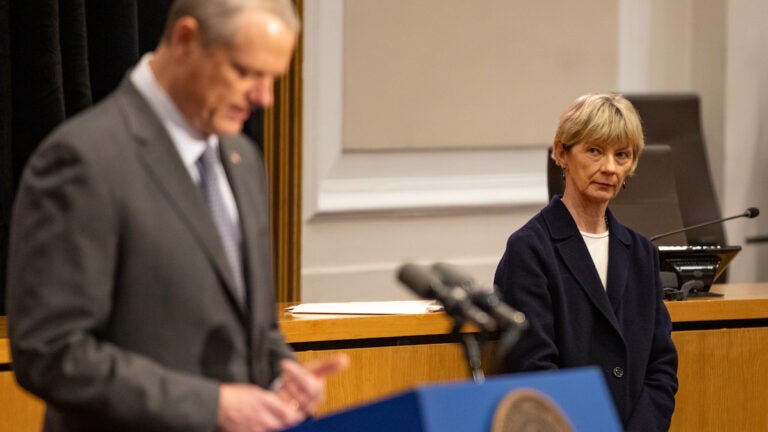 Nursing homes are particularly vulnerable to COVID-19. Here’s how Mass. officials are preparing to protect them.