Gov. Charlie Baker’s administration unveiled new rules Wednesday for grocery stores in Massachusetts in response to concerns about COVID-19 exposure inside one of the few public destinations that residents still frequently visit.

The new order issued by the Department of Public Health caps the number of people allowed inside a grocery store at a time to 40 percent of the building’s legal occupancy, in order to encourage “in-store social distancing while preserving sufficient access for the public to supplies of food and necessities” amid efforts to curb the spread of the highly contagious virus.

“We heard from a lot of our colleagues in local government and from local boards of public health that we needed to,” Baker said during a press conference Wednesday afternoon, explaining why they decided to make the change.

The order — which builds on previous social distancing guidelines issued for food stores last month — excludes stores with a maximum capacity of up to 25 people, but directs local health officials to “consult with these stores to ensure appropriate protections are in place.”

For bigger stores, the new rules require workers to monitor the number of customers entering and exiting to ensure adherence to the 40 percent capacity limit, which includes both employees and shoppers.

The limit’s immediate impact may vary by supermarket.

For example, Stop & Shop, the biggest chain in Massachusetts, had not been limiting the number of customers in its stores up until this point.

But as shoppers who waited in line during their most recent grocery run may know, other local stores have recently instituted occupancy limits that are already below 40 percent capacity. 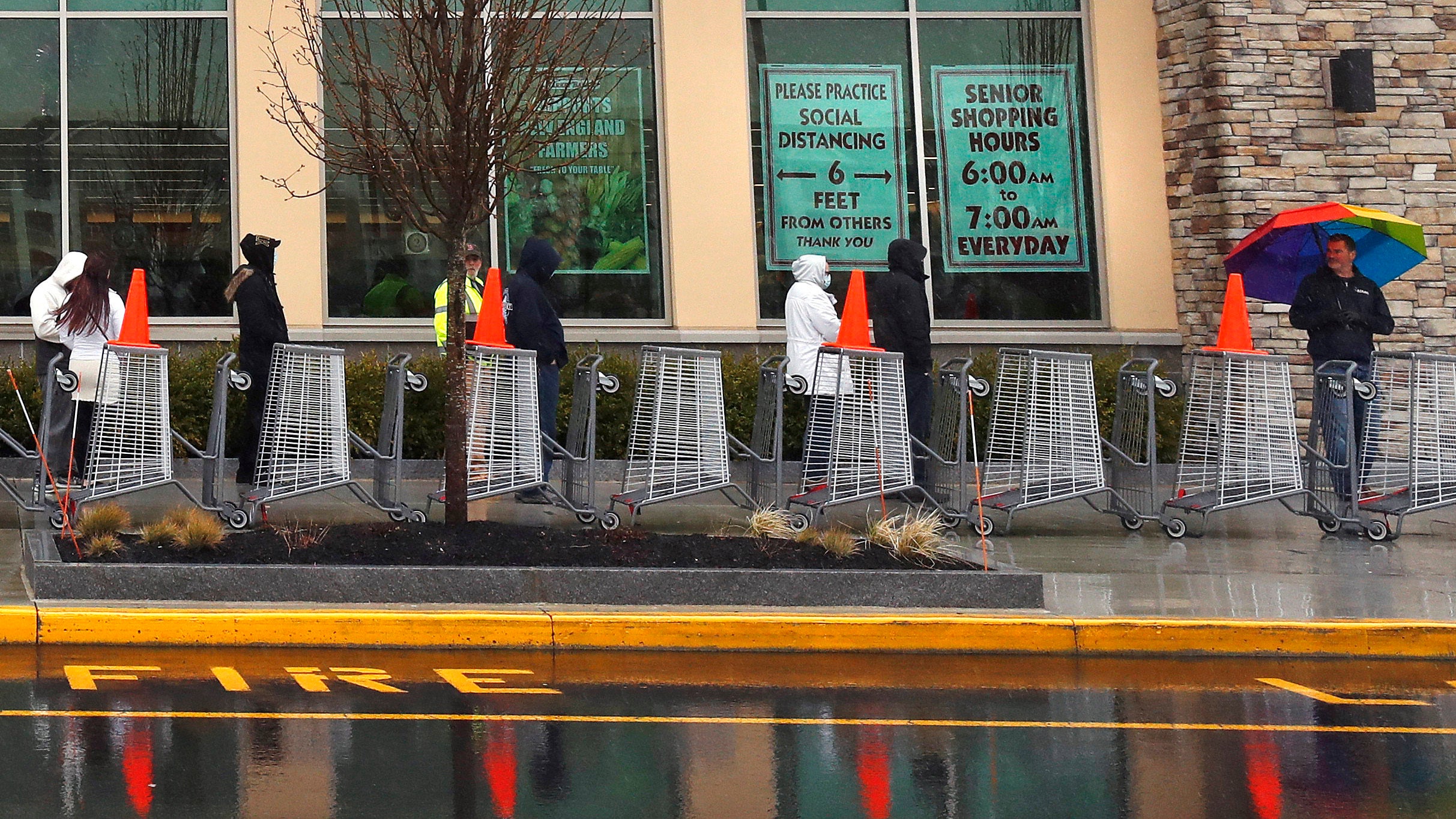 Window signs remind shoppers to keep their social distance while waiting in the rain for their turn to shop, after customer capacity was limited due to the virus outbreak at a Market Basket in Salem, New Hampshire.

Market Basket said in a statement Wednesday that the customer limits they imposed last week — based on the size of the individual store —  are “actually below the updated guidelines.” Trader Joe’s similarly did not have an exact number, but said their self-imposed limits are “beneath the 40 percent of capacity marker.”

“Our stores are looking at how many customers can be in the location at one time and still be able to practice social distancing,” Kenya Friend-Daniel, a Trader Joe’s spokeswoman, told Boston.com.

Teresa Edington, a spokeswoman for Shaw’s and Star Market, said in an email Wednesday that the two jointly-owned chains have been abiding by a 20 percent capacity limit throughout New England since last Friday. Wegmans has been operating stores at 15 percent to 20 percent occupancy, according to its website. And Whole Foods has also been limiting customer capacity, “based on store size.”

That’s all to say: The new order is unlikely to make existing lines outside supermarkets in Massachusetts any longer, though it’s yet to be seen how it will affect stores like Stop & Shop, which haven’t been capping the number of customers inside at a time. Jen Brogan, a spokeswoman for the Quincy-based chain, said in an email that they “do not expect long lines or waits given the large size and square footage of most our stores.”

The Baker administration’s order says grocery store workers should monitor lines to”ensure customers are maintaining appropriate distance from each other” and call law enforcement if they need help.

The new order also encourages the use of one-way aisles, “where practical,” which local chains have increasingly adopted. Stop & Shop announced Tuesday that it had implemented one-way aisles at all of their stores. Market Basket, Star Market, and Shaw’s have also adopted one-way aisles, their spokespeople said Wednesday.

Baker said Wednesday that the order is intended not only for the safety of customers but also for grocery store workers, as supermarkets across the country report their first coronavirus-related employee deaths. Market Basket announced Tuesday that an employee at the chain’s Salem, Massachusetts, location had died after contracting the disease.

Baker commended grocery store workers during his press conference Wednesday for their heroism on the “front lines” of the pandemic.

“This critical work does not go unnoticed and on behalf of the commonwealth I want to say thank you for all of the work you do every day during this crisis,” he said. 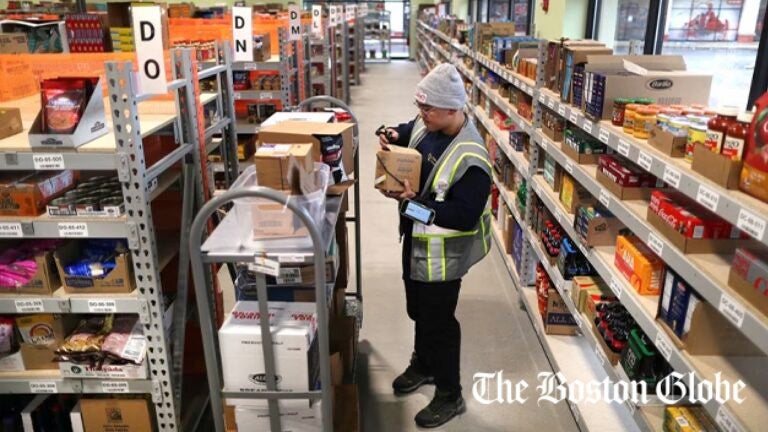