A nurse who worked at Life Care Center of Nashoba Valley in Littleton and died of COVID-19 is being recognized for calling out the facility’s practices during the outbreak.

Maria Krier, 59, died Friday from the virus after she became sick two weeks ago. Recently, she was interviewed by WCVB, and criticized the facility for its handling of the outbreak.

“We kept waiting for the ball to drop,” Krier told the news station. “Like, when are you going to tell us we’re exposed to it?”

As of Monday, the facility had experienced 14 resident deaths; 67 have tested positive. Of the employees, 70 are currently out sick with 14 testing positive and 17 declared “presumptive positive” – they weren’t tested, but are showing symptoms, according to an email from the company.

The announcement of Krier’s death drew a response from Congresswoman Lori Trahan, who gave her condolences to Krier’s family, and also heralded her efforts.

“She is a hero in our community, and we are all mourning her loss,” Trahan said in a statement.

“Maria showed tremendous courage when she blew the whistle on the outbreak at Life Care Center of Nashoba Valley. Her urgent concern for her fellow nurses and the residents at the facility is a testament to her character and the values that she held.” 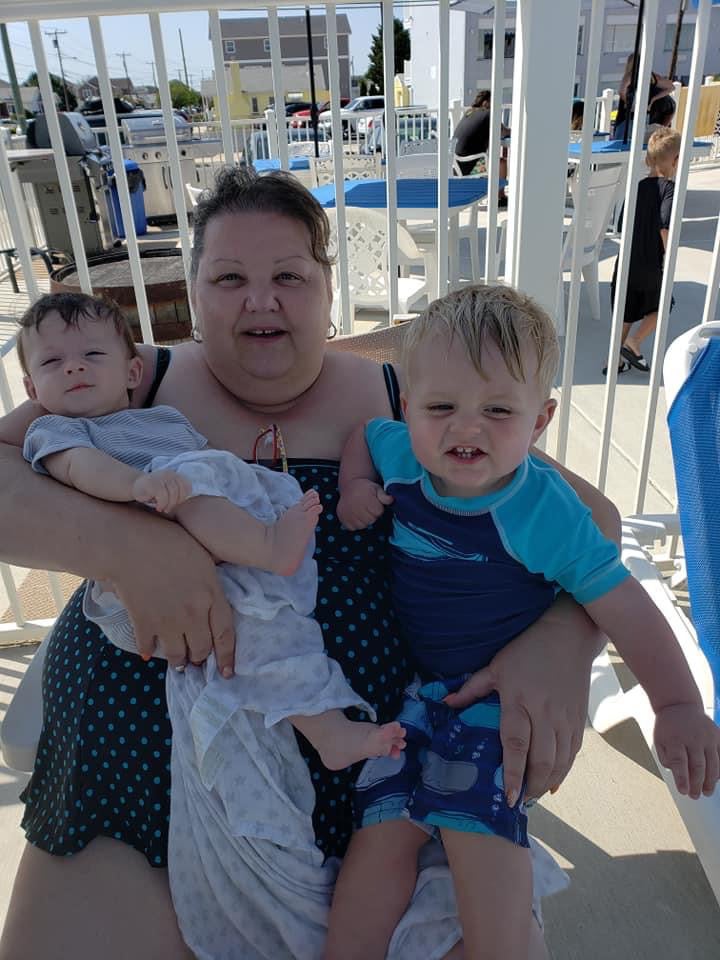 Maria Krier, a nurse at Life Care Center of Nashoba Valley in Littleton who died after testing positive for COVID-19 at age 59, is pictured here in a July 2018 family vacation photo with her two great grandsons, Jaden Rozetar, right, and Perseus Trayer, left, in Wildwood, N.J.

Krier had worked as a nurse for almost 40 years, her granddaughter, Jayde Dries, told The Boston Globe. A Philadelphia native, Krier had planned on retiring this summer and wanted to move back to the area to be closer to her family.

“She loved being a nurse because she loved helping everyone she could,” Dries told the newspaper. “She loved seeing the smiles on her patients’ faces and helping as much as she could.”

In a statement on April 1, Jim Garreffi, Littleton’s director of public health, said officials were “stonewalled” by the facility when trying to identify close contacts.

“Our Public Health Nurse reached out to the facility as part of the investigation into the individuals to instruct them on the requirements for isolation and obtain a list of close contacts (contact tracing),” Garreffi said in the letter, dated Tuesday, March 31. “The staff at the facility was not forthcoming with the information.”

The National Guard then stepped in to help facilitate coronavirus testing at the facility.

“We are deeply saddened by the passing of one of our associates during these challenging times the country is experiencing,” Kate O’Connor, Regional Vice President for Life Care Centers of America, said in a news release from the company. “Our heartfelt condolences go out to her family and friends.”

The release further notes that Krier had worked at the facility “for only a short time.” Company officials are asking for all workers to be tested – the testing done by the National Guard was limited to residents.

“We owe it to Maria and to all those that have passed away from COVID-19 at LCC-NV to demand more from the leadership of Life Care,” Rep. Trahan said in her statement. “Transparency is paramount during this pandemic, and the health care workers who show up each day, along with the families of those still at the facility, deserve to know that Life Care is doing everything they can to stop the spread of this virus and prevent additional losses of life.” 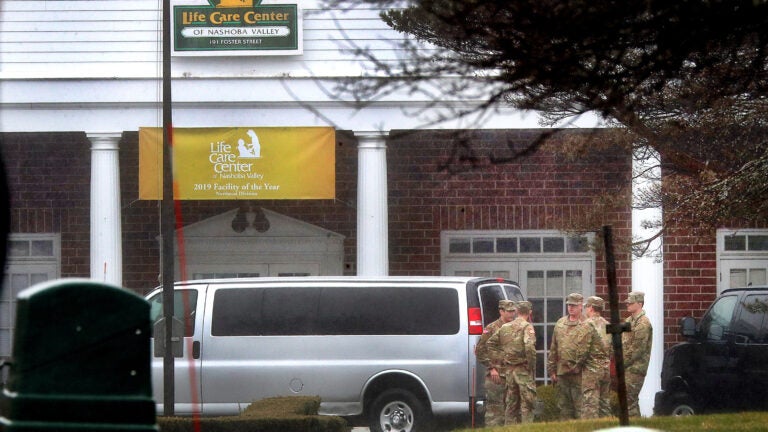