Massachusetts Gov. Charlie Baker said Saturday that he expects the battle against COVID-19 to be a marathon, breaking down the challenges health care providers, first responders, and law enforcement are facing in the fight.

“We are constantly dealing with this virus, which is a very different kind of engagement, a different kind of battle than the one where you can actually see what it is you’re up against,” Baker said during a press conference after visiting the Boston Hope Field Medical Station at the Boston Convention and Exhibition Center.

Around the 1,000 bed field hospital — a four-way partnership between the state, the city, Partners HealthCare and Boston Health Care for the Homeless to help prevent hospitals from being overwhelmed during the ongoing surge of coronavirus cases — hang banners with blue and yellow ribbons with the words “Boston Hope.”

Baker was joined Saturday by Quincy native and U.S. Army Chief of Staff General James C. McConville, since the medical staff from the Army Reserve are among those staffing the facility.

Reporters asked McConville to speak to how the fight to contain the virus compared to what he had seen on the battlefield during his military career.

“This is a little more challenging in that you have an invisible enemy and you can’t see it,” the general said.

McConville called the lives lost at veteran homes in the state related to COVID-19 “absolutely terrible” and urged Massachusetts residents to “work together” by following guidelines to prevent spread of the virus.

“We will defeat this virus,” he said.

Baker pointed out that typically with a tumultuous moment or horrific event requiring a large-scale response by first responders, health care workers, law enforcement, or the military, the problem is visible.

Right now, everything looks the same — except that the streets are largely empty and many businesses are closed, he said.

In addition, the unprecedented nature of the pandemic means it is unknown when it will end, the governor said.

“This is a very different kind of battle because so much of it is being fought against an invisible, insidious enemy that, in many respects, we’re still learning about,” Baker said.

With the commonwealth in its own “marathon” fight against the virus, the governor reinforced statements made by other public officials, including Boston Mayor Marty Walsh, urging people not to run the Boston Marathon course over the coming days.

“The many men and women that support the marathon include thousands of local state and federal law enforcement, members of the national guard and thousands of medical personnel,” Baker said. “Those folks are exactly the folks who are currently helping us battle COVID-19 and they need to be able to focus on the work and the task at hand. Do not divert these incredibly critical resources away from the cities and towns that are along this course over the course of this weekend or on Monday.”

Things may look different this weekend in the state, given the postponement of the race, but Baker said the sentiment of Marathon Monday “remains true.”

“Massachusetts is strong, we are resilient and we can run any marathon anybody wants us to run,” he said. “We’ll get through this crisis and we’ll get through it together.” 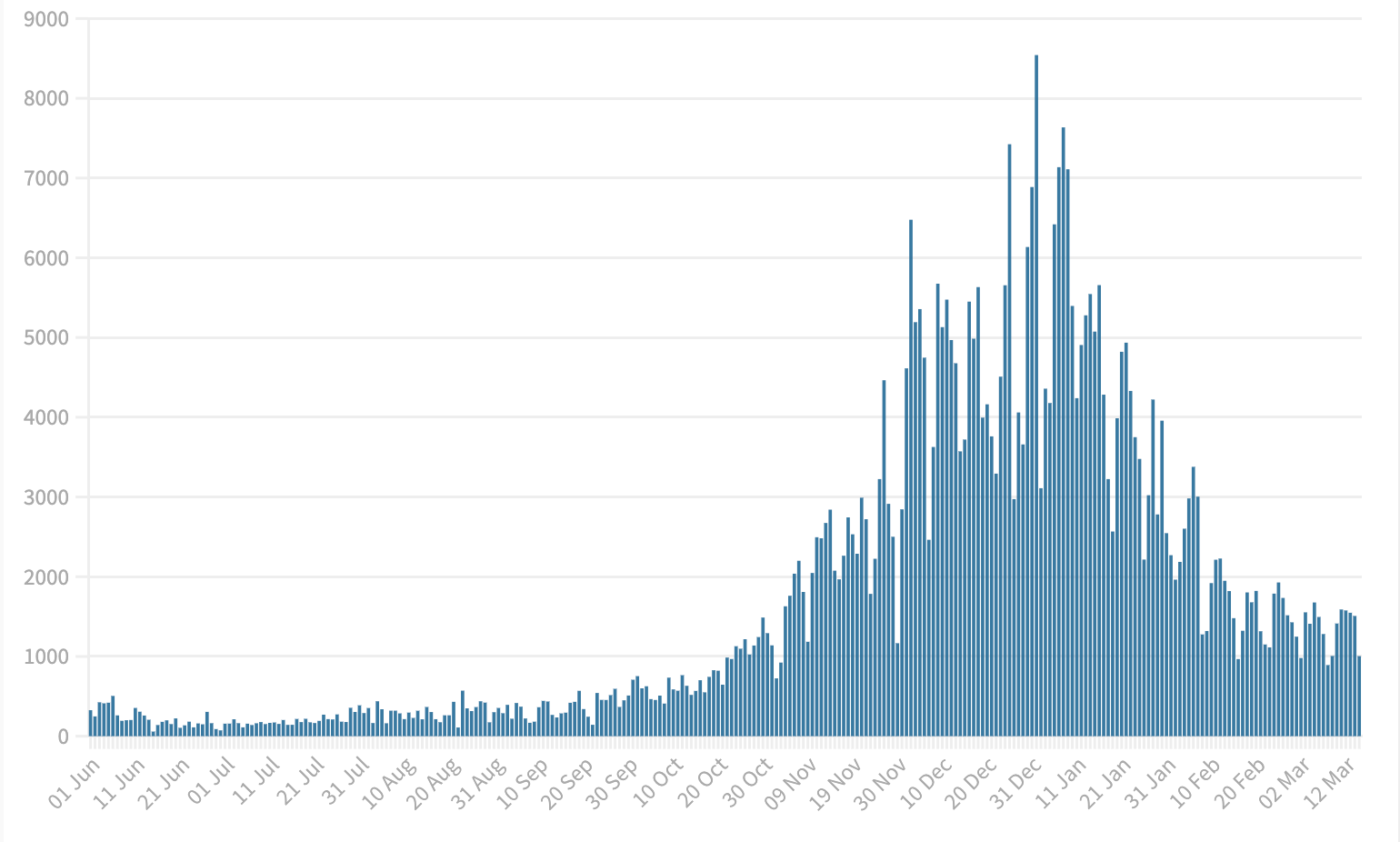