PROVIDENCE, Rhode Island (AP) — Mother’s Day weekend got off to an unseasonably snowy start in the northeast Saturday thanks to the polar vortex.

Some higher elevation areas in northern New York and New England reported snowfall accumulations of up to 9 inches, while areas as far south as New York City reported a dusting.

The spring snow and accompanying low temperatures came courtesy of the polar vortex, a batch of cold air being pulled down from the north.

Massachusetts hadn’t seen measurable snow in May since 2002, while in Manhattan’s Central Park, the flakes tied a record set in 1977 for latest snow.

“In a month… we’ll be sitting on the beach in the warmth saying…. remember when it snowed LAST MONTH,” Maine meteorologist Ted McInerney tweeted Saturday morning.

Usually the polar vortex is a batch of cold air that stays trapped in the Arctic all winter, but a couple times during the season, it wanders south and brings bone-chilling cold and snow to Canada and parts of the United States.

A low pressure system off the coast of southern New England helped pull cold air down from the north, said lan Dunham, a meteorologist with the National Weather Service in Norton, Massachusetts.

Lower-than-usual temperatures were forecast to persist for much of the region for the rest of the weekend. The National Weather Service issued a gale warning for areas offshore of New England on Saturday, with wind advisories in many areas as well. 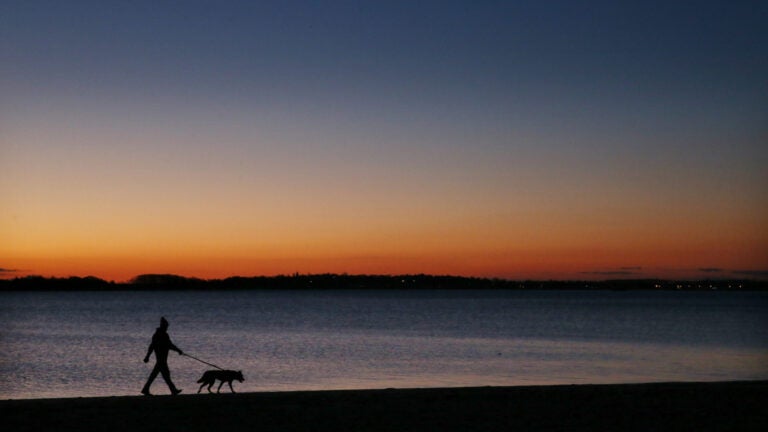 A wintry mix starts the week, with rain returning Thursday and Friday