Beginning on Sunday, the Green Line’s northern terminus, as well as Science Park Station, will close for approximately one year to make way for the transit line’s future expansion into Somerville and Medford. During the shutdown, MBTA officials are installing dedicated bus lanes to provide travelers an alternative between East Cambridge and Boston.

The lengthy service disruption is a crucial step for the Green Line Extension project, as well as the separate rehabilitation of the more-than-century-old Lechmere Viaduct that carries Green Line trolleys over the Charles River. Construction crews will demolish the current Lechmere Station and build a new one on the other side of Monsignor O’Brien Highway.

From there, the Green Line will split into two branches, one to nearby Union Square and another running through Somerville — adjacent to the Lowell commuter rail line — to Tufts University in Medford.

MBTA officials say the $2.3 billion project remains on track to be finished by December 2021, though they are closely monitoring the COVID-19 pandemic’s effects on their supply chain. But first they need to relocate Lechmere Station, which also gives officials the opportunity to make needed repairs to the Lechmere Viaduct.

During a meeting last month, Massachusetts Transportation Secretary Stephanie Pollack said the aging viaduct, which limited both the speed and number of vehicles passing over it, would have to be closed as part of the GLX project anyway. By using the necessary closure to also repair the bridge, officials are effectively killing two birds with one stone and ensuring that future GLX riders will have a quicker commute over the viaduct.

Still, the closure means that Green Line trolleys will go no farther than North Station, affecting commuters who take the MBTA from East Cambridge into Boston, and vice versa. According to the agency, more than 14,000 people took the Green Line along that route before the coronavirus outbreak, which has since caused subway ridership to plunge roughly 90 percent.

As the MBTA has done with other temporary line closures, the agency will be running shuttle buses between Lechmere and North Station. However, they’re also installing all-day dedicated bus lanes in both directions on Charles River Dam Road to ensure that Green Line riders have “a reliable alternative” and do not exacerbate traffic over the often-congested stretch, according to GLX project manager John Dalton. 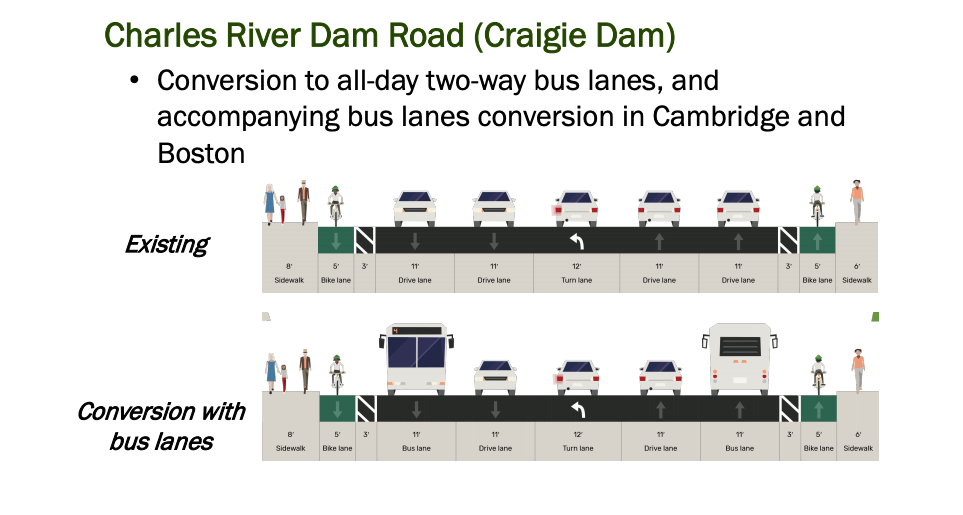 MBTA crews began marking the bus-only lanes, which will be painted red, this past Monday. And while the painting process will take three weeks, the lanes will become active on Sunday along with the Green Line closure.

“Dedicated bus lanes on Charles River Dam Road will allow MBTA customers to travel safely and efficiently during the closure of this key segment of the Green Line,” MBTA General Manager Steve Poftak said in a statement.

In addition to shuttles, the lanes will be open to other MBTA buses (though the 69, 80, 87, and 88 routes will continue to terminate at Lechmere), professionally driven coaches, shuttle buses, and emergency vehicles. They will also be separated from the bike lanes installed last year on the dicey stretch near the Museum of Science.

Additional “dedicated-bus accommodations” will be made along the remainder of the shuttle route on Martha Road and Nashua Street in the area near North Station.

Officials project that the lanes will save passengers on the route 15 minutes per round-trip during rush hour.

The bus-only lanes do mean that two of the five car lanes on Charles River Dam Road will be removed during the duration of the closure. But during a meeting last month, Dalton said that congestion was likely to increase “without or with a bus lane” due to the displacement of Green Line riders.

Before the pandemic, Route 28 — which is knowns as O’Brien Highway in Cambridge and Charles River Dam Road in Boston — carried 34,000 cars a day, as The Boston Globe reported last year.

Pollack said last month that the MBTA conducted modeling on the potential traffic impacts and they have a “high degree of confidence” that both bike and bus lanes can remain in place and they can “maintain traffic at an acceptable level.” A MassDOT spokeswoman said Thursday that the agency could not provide the modeling, which was conducted by a private consulting firm.

In a notice Wednesday, the MBTA said the number of passengers on individual shuttle buses will be limited, in order to encourage social distancing to limit the spread of the coronavirus, though additional buses will be on standby to accommodate ridership demands. Face coverings will also be required for shuttle riders over the age of 2, in accordance with a statewide order.

According to the MBTA, the bus lanes will be removed when the Lechmere closure ends next spring. 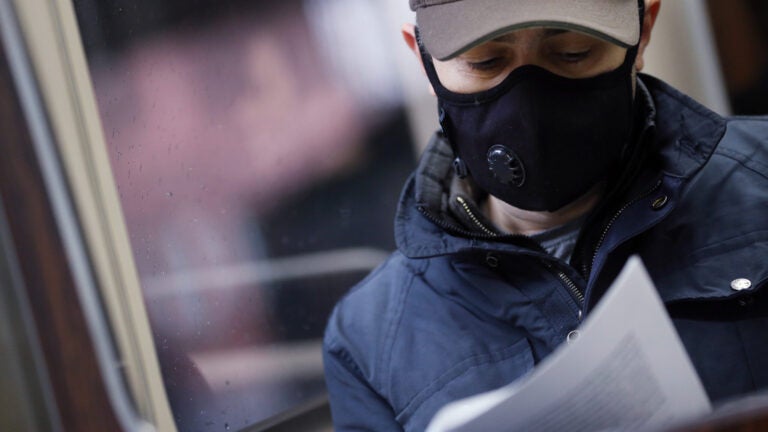