Protesters at Peters Park in Boston’s South End joined others around the country demanding justice following the death of George Floyd, the Black man who died while in Minneapolis police custody after an officer kneeled on his neck.

Derek Chauvin has been arrested and charged with murder. He and three other officers who were involved in Floyd’s arrest have been fired, and Hennepin County Attorney Mike Freeman said Friday that the investigation into those three officers is ongoing.

Many of the Boston protesters took a knee. Some held signs supporting the Black Lives Matter movement, reading “I Can’t Breathe,” and decrying police violence.

“We hope people protest peacefully, but honestly, it’s — a moment like that and an event like that, I can’t imagine why people wouldn’t want to get out on the streets and make a point about it,” Gov. Charlie Baker said earlier Friday in his daily press conference.

The event was organized by Mass Action Against Police Brutality.

Here are photos and video from Boston’s demonstration:

Sky 5 is live over a Boston demonstration being held in response to the murder of George Floyd in Minnesota.

Sky 5 is live over a Boston demonstration being held in response to the murder of George Floyd in Minnesota. An emotional Hope Coleman, mother of Terrence Coleman, a 31-year-old black man with a mental health disability who was fatally shot by a Boston Police Officer in 2016, cried as she spoke to the Peters Park crowd. 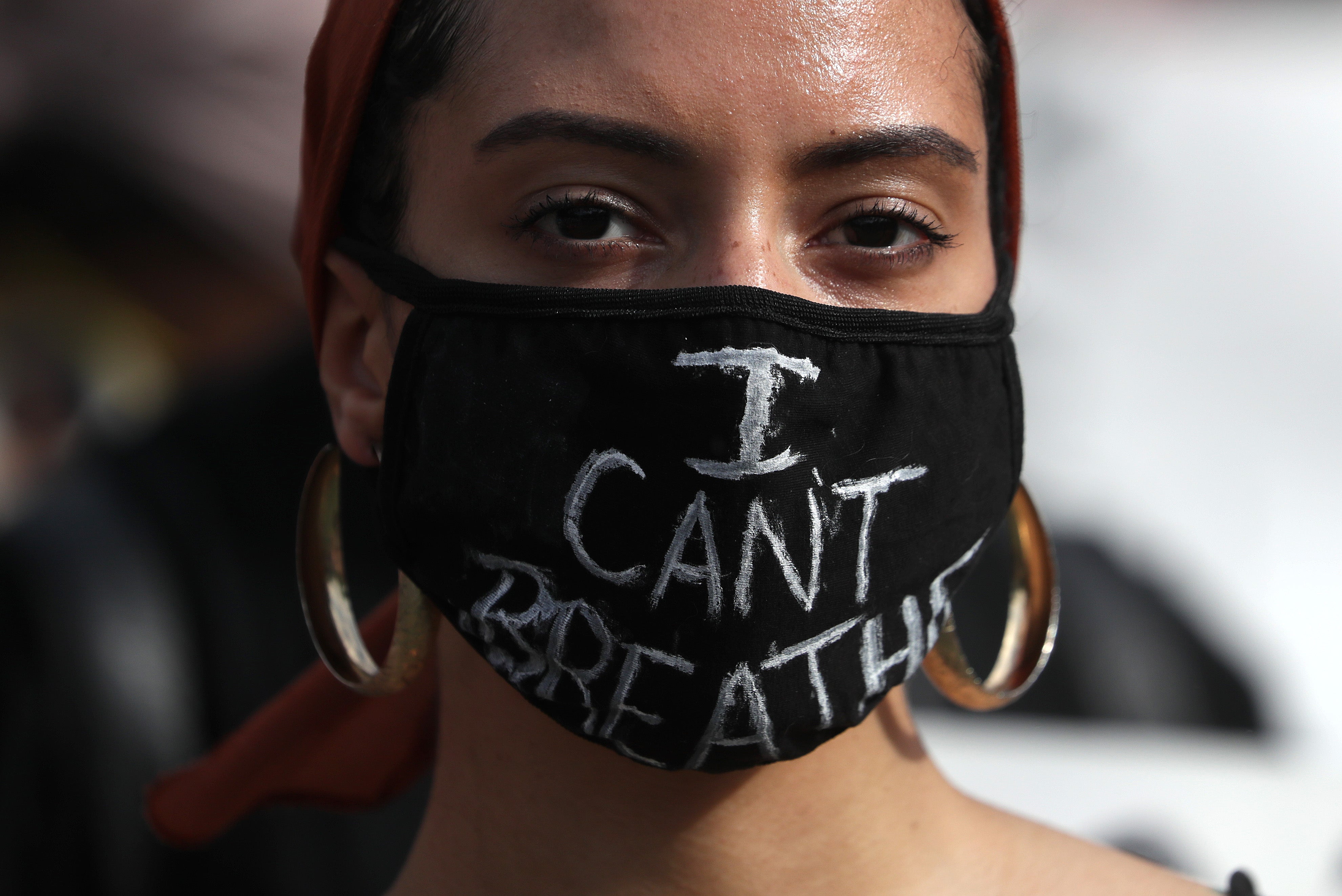 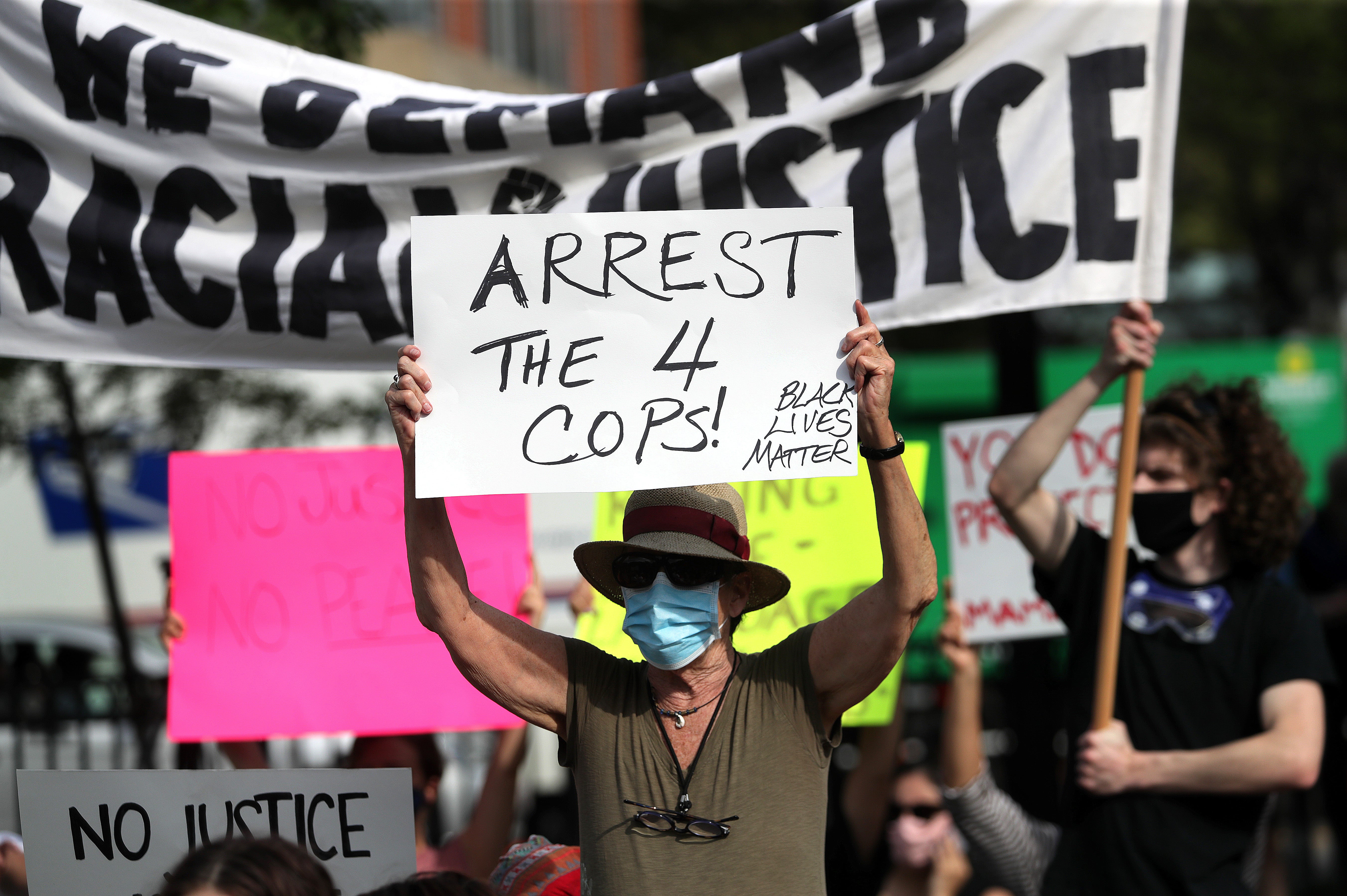 A woman wore a Black Lives Matter shirt to the demonstration. A demonstrator raises a fist. Many of the Boston protesters took a knee. 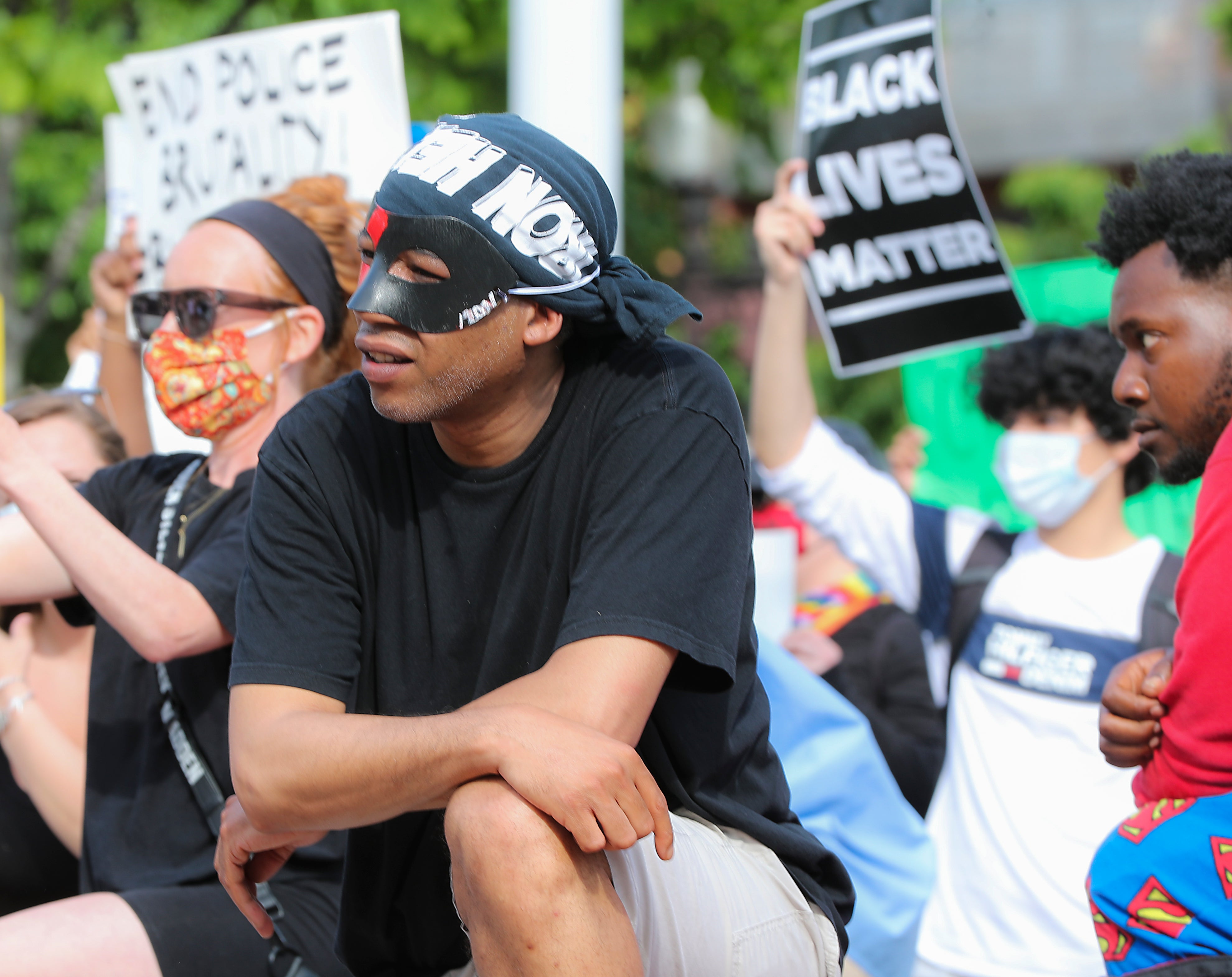 A demonstrator at Peters Park.

Some of the signs at Peters Park in the South End of Boston #GeorgeFloydprotest pic.twitter.com/DRGb3LJKGY 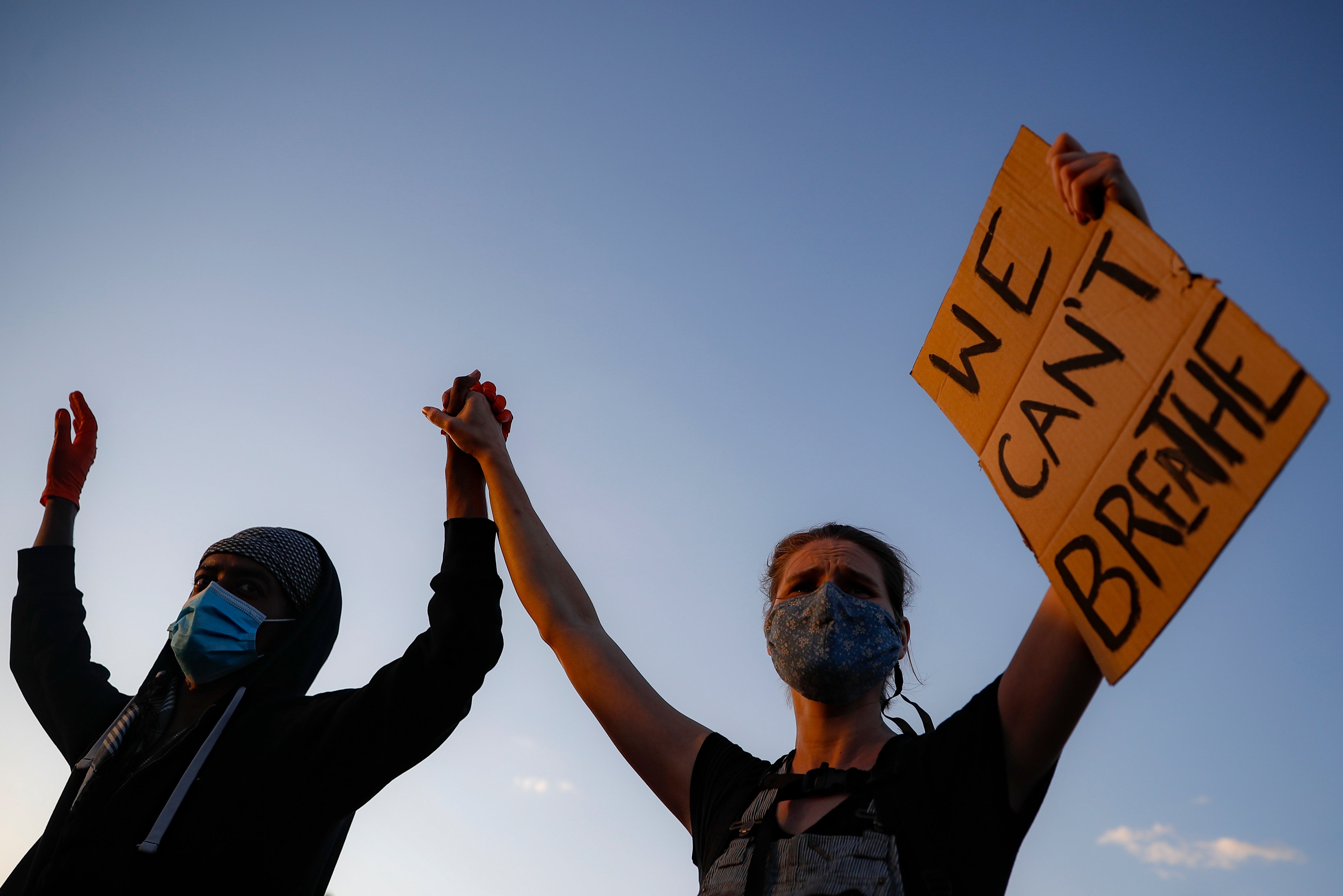