For a third-straight day, protesters gathered in Boston Sunday calling for justice in the death of George Floyd, the Black man who died while in police custody in Minneapolis last week.

Demonstrations in Boston on Friday night resulted in 10 arrests and injuries to four officers, and crowds of protesters came out again on Saturday afternoon and evening in downtown Boston. On Sunday, a 3 p.m. protest kicked off from Government Center, with another scheduled for 6:30 p.m. at Nubian Square.

Here are photos from Sunday’s rallies. A large group of protesters marched from Nubian Square on Malcolm X Boulevard towards Boston Police Headquarters on Sunday. Protesters gathered at Government Center for a rally. 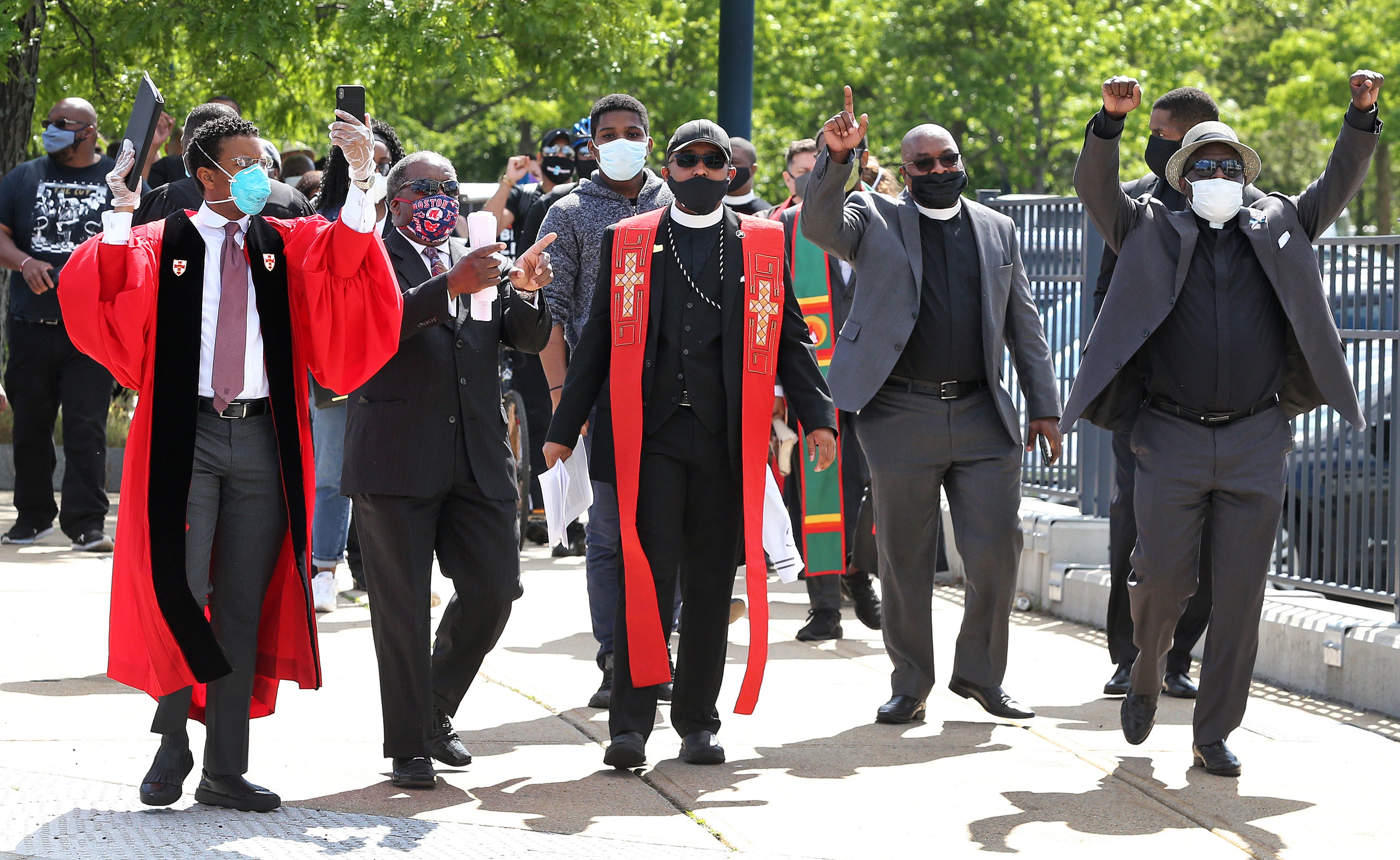 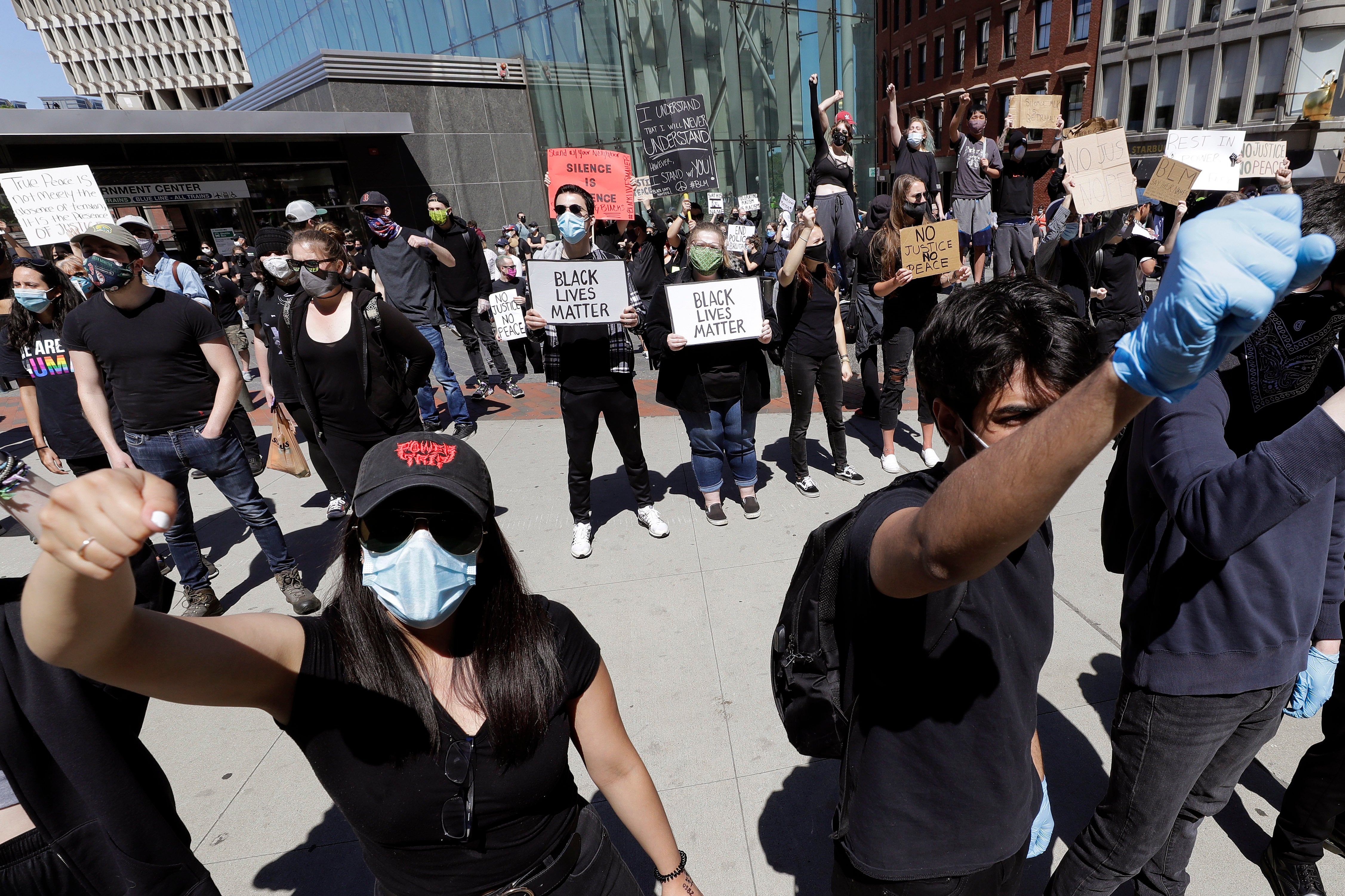 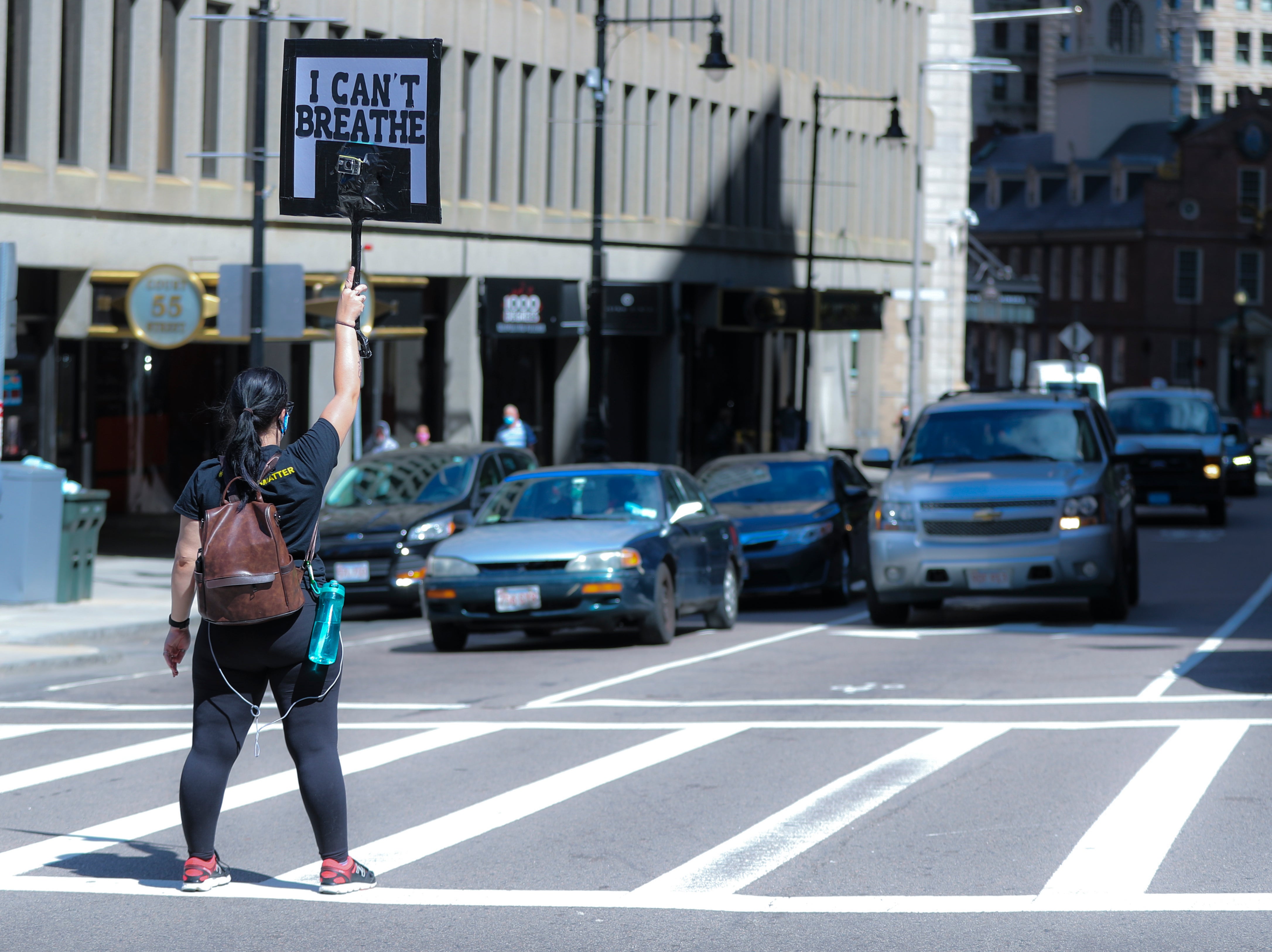 One of the protesters stood in the middle of the street near Government Center. 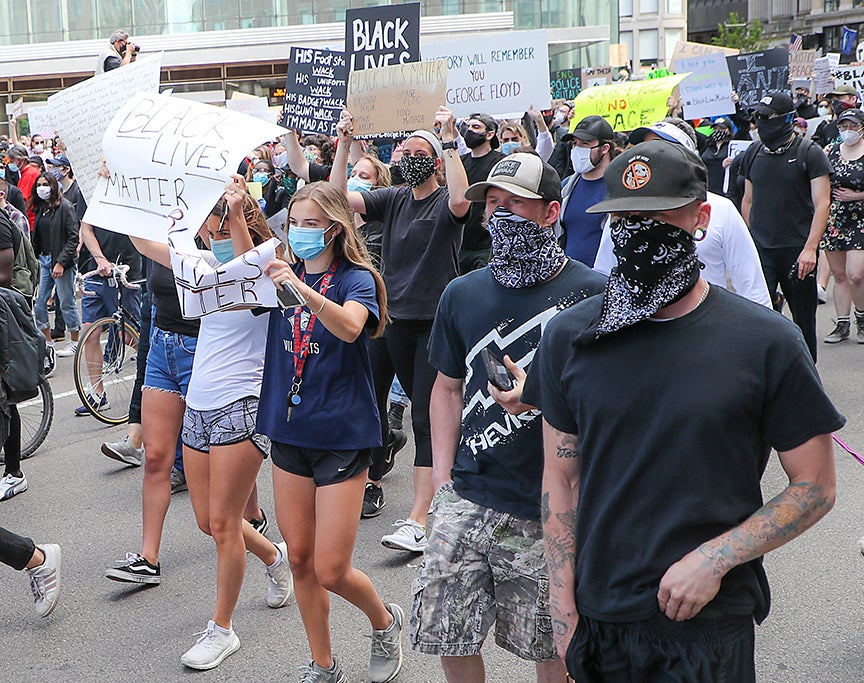 Protesters gathered at Government Center before marching towards the State House. Some demonstrators knelt during a rally that traveled from Nubian Square to Boston Police Headquarters. 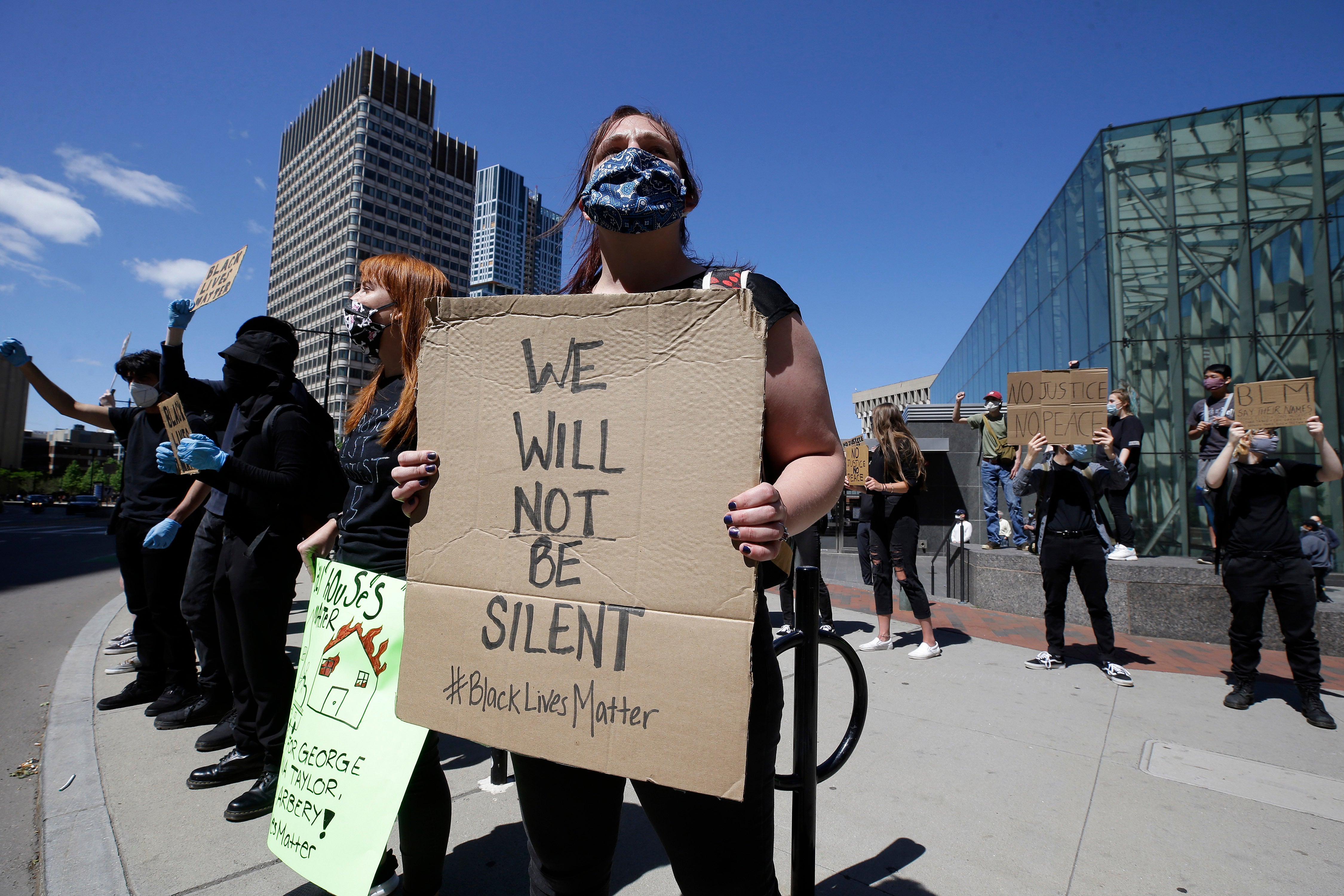 One woman’s sign read “We will not be silent #BlackLivesMatter.” 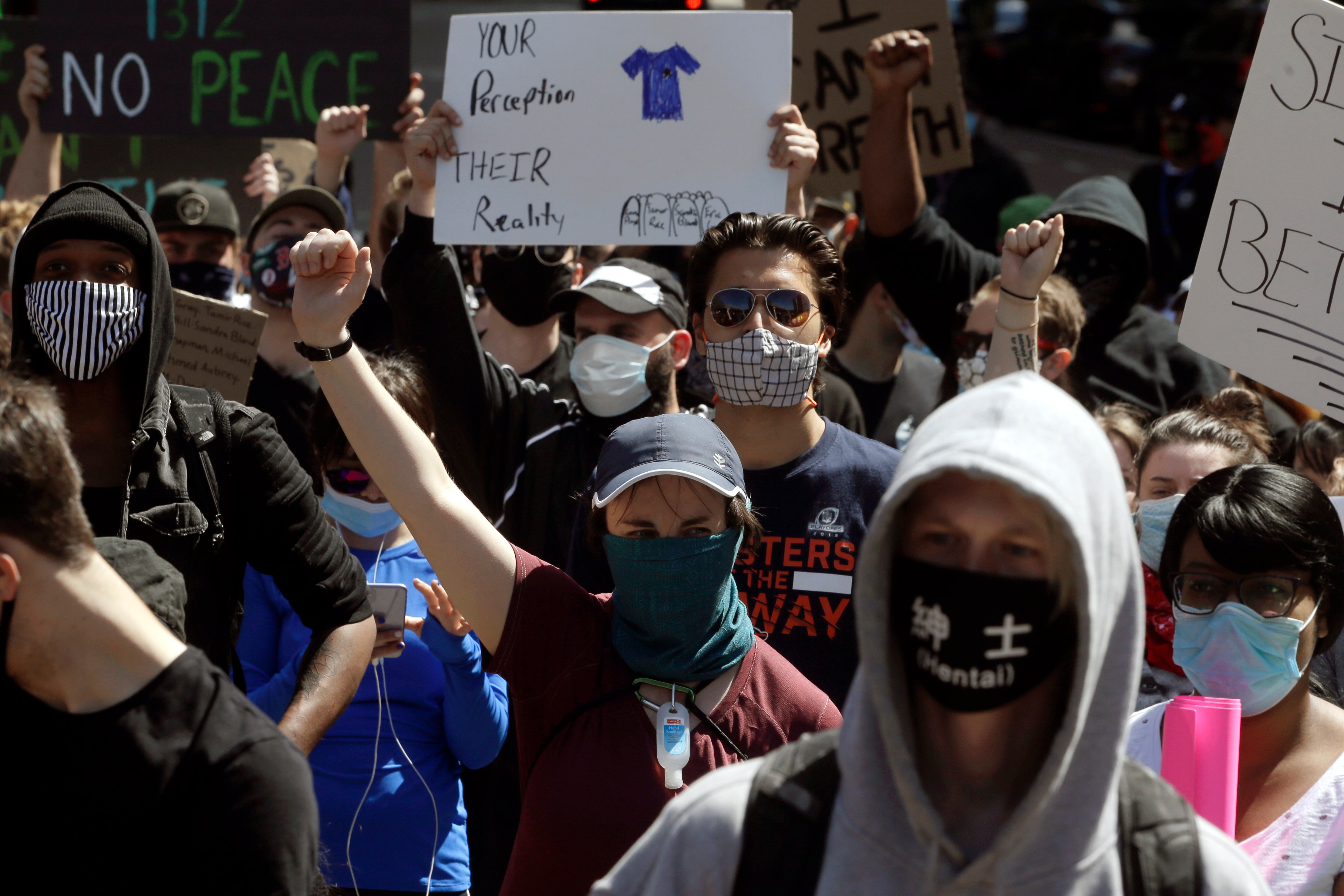 Protesters in Boston on Sunday. 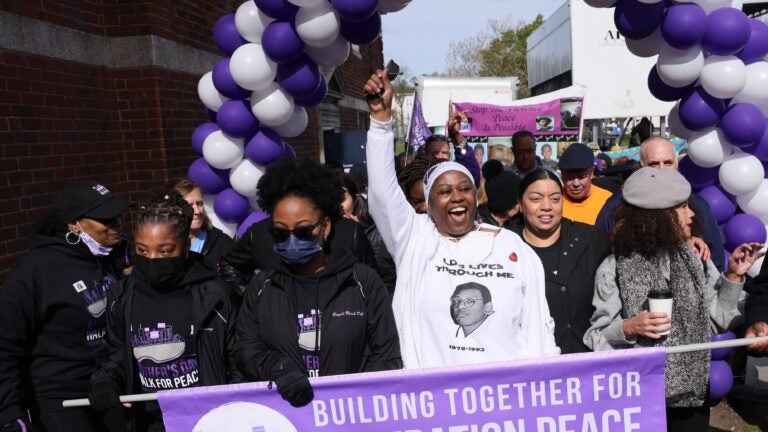