MINNEAPOLIS — Officials in Minnesota say no protesters appear to have been hit after a semitrailer drove into a crowd demonstrating on a freeway near downtown Minneapolis.

The Minnesota State Patrol says in a tweet that the action appeared deliberate. The patrol says the driver was injured and taken to a hospital with non-life-threatening injuries. Gov. Tim Walz says the driver is out of the hospital and in police custody.

A tanker truck barreled through thousands of peaceful protesters in Minneapolis as the crowd rushed out of the way. The driver was arrested and officials said no one was hit, though some protesters told local media that they had seen people with injuries.https://t.co/FohD5ehXFA pic.twitter.com/E6hssu9yaQ

It wasn’t clear how the driver was hurt. TV footage showed protesters swarming the truck, and then law enforcement quickly moving in.

Other TV footage showed the tanker truck moving rapidly onto the bridge and protesters appearing to part ahead of it.

Public Safety Commissioner John Harrington said traffic cameras appear to show the truck was already on the freeway before barricades were put in place to shut it down at 5 p.m.

The protesters were demonstrating against the death of George Floyd. 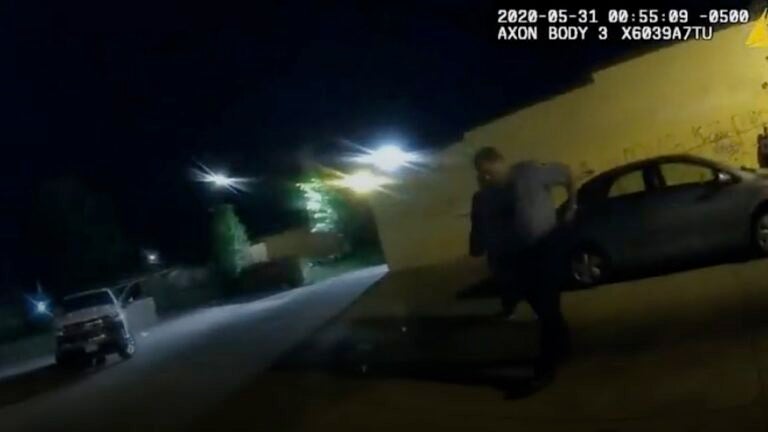