Incidents of violence in downtown Boston followed the end of a peaceful protest that drew thousands to the Massachusetts State House.

Earlier Sunday, protesters gathered to call for justice in the death of George Floyd, the Black man who died while in police custody in Minneapolis last week.

Clashes with police, vandalism, and looting began Sunday night as many departed the State House rally.

We say again, the time for protesting is over. The peaceful protest ended hours ago. Individuals now congregating and committing crimes in Boston need to vacate the area and leave our city. 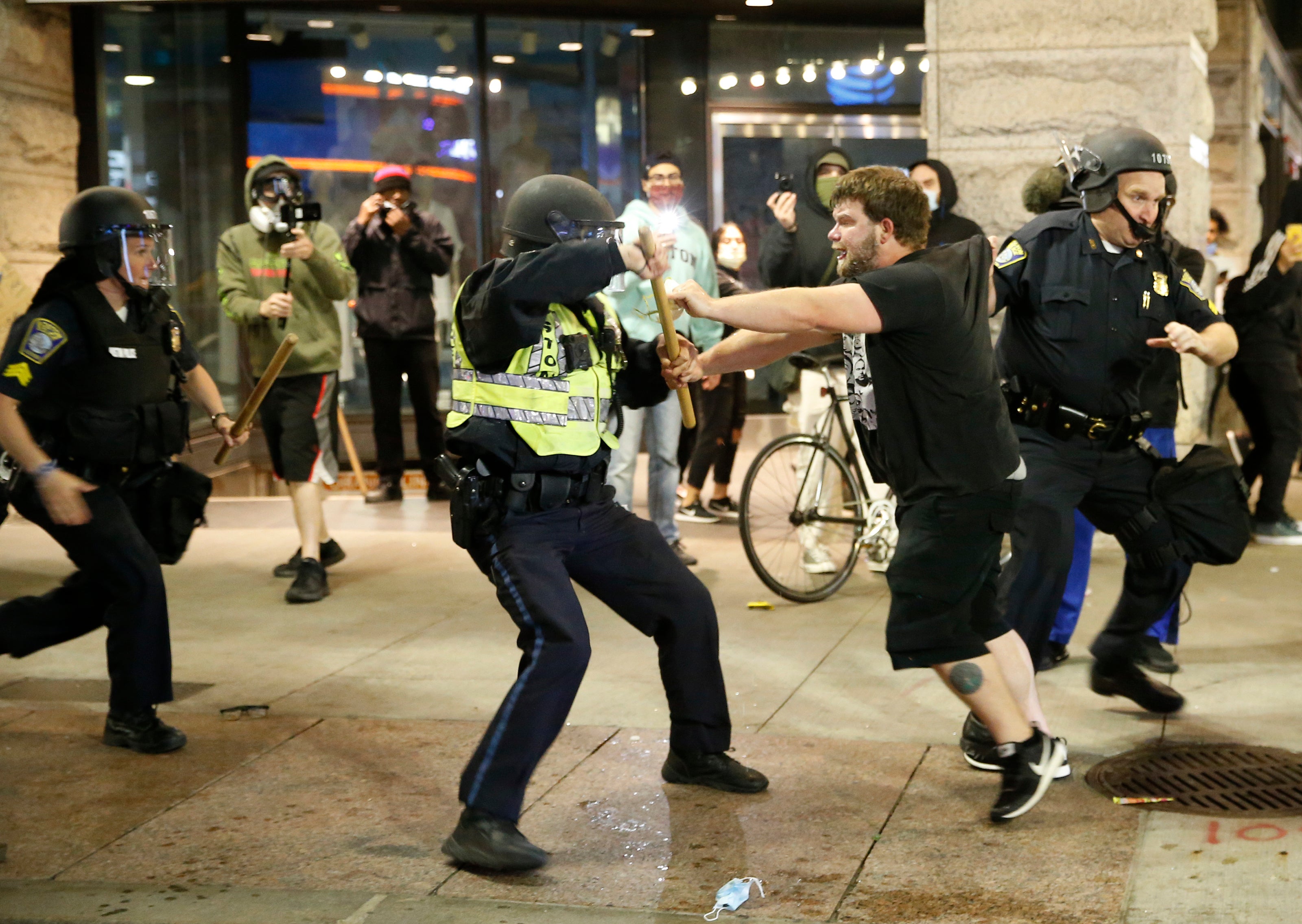 A man is arrested in downtown Boston. 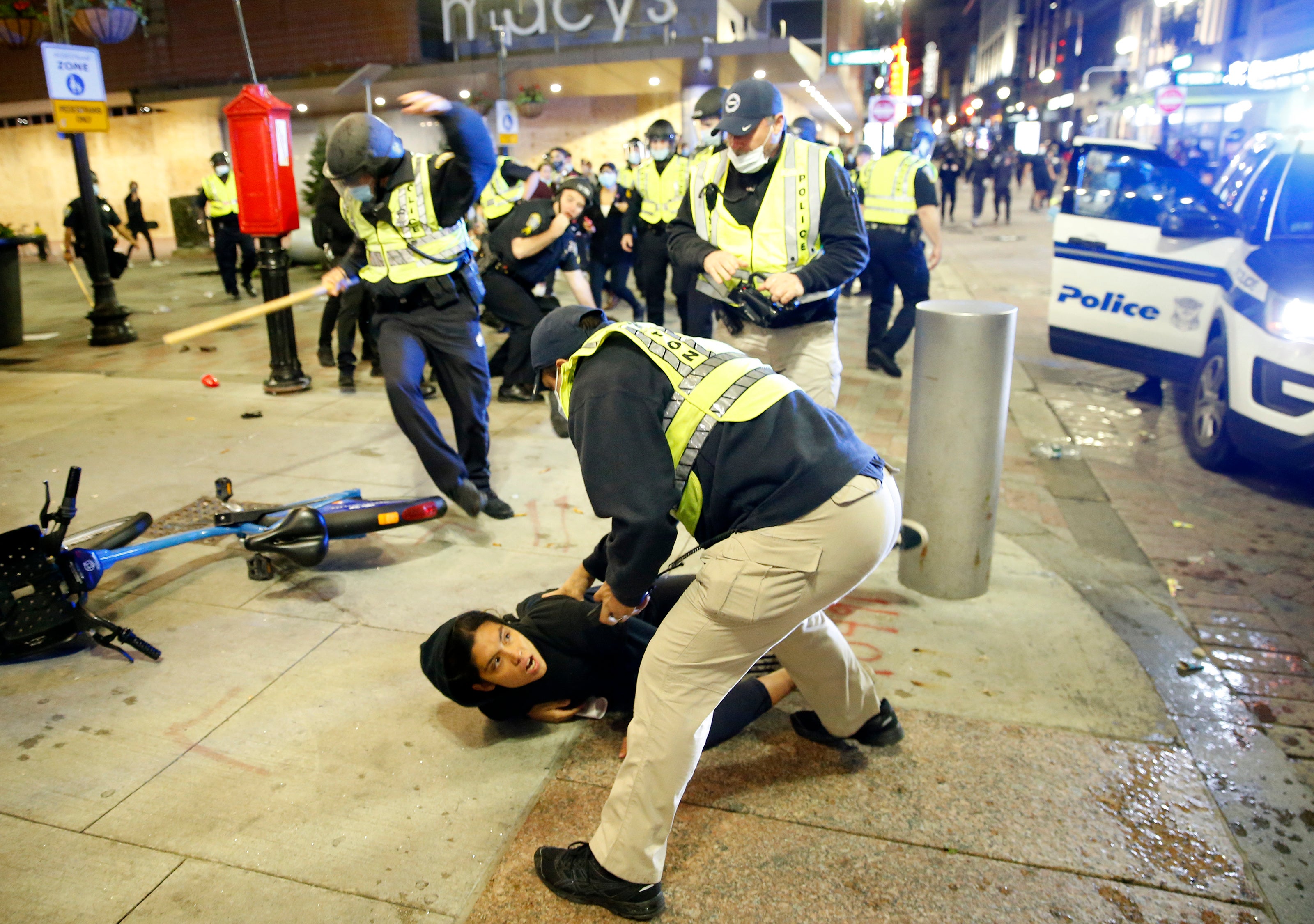 A protester is pinned by police in downtown Boston. A person poses for a photo in front of a burning Boston Police car on Tremont Street. 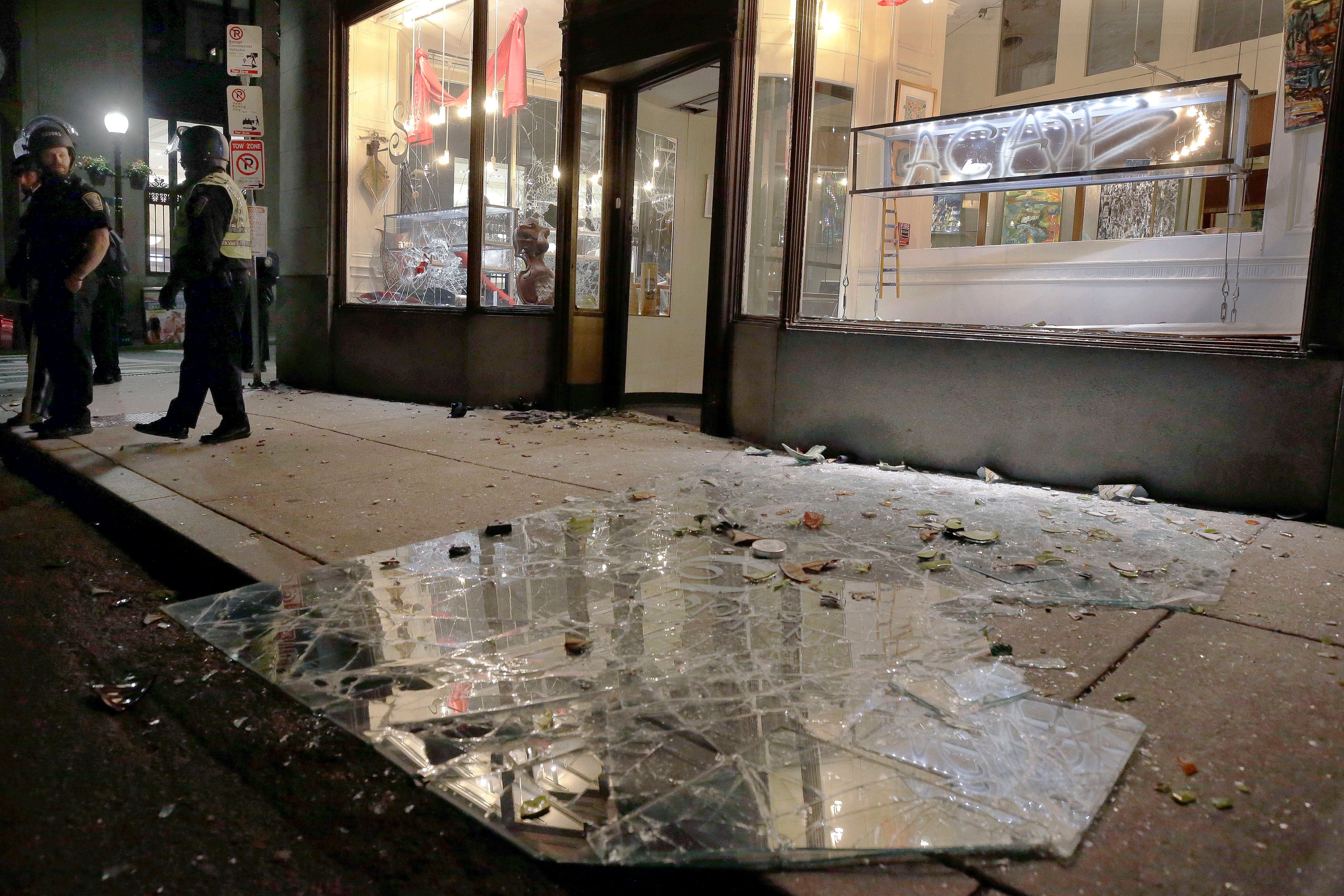 Police officers stand in front of a business with a demolished window. 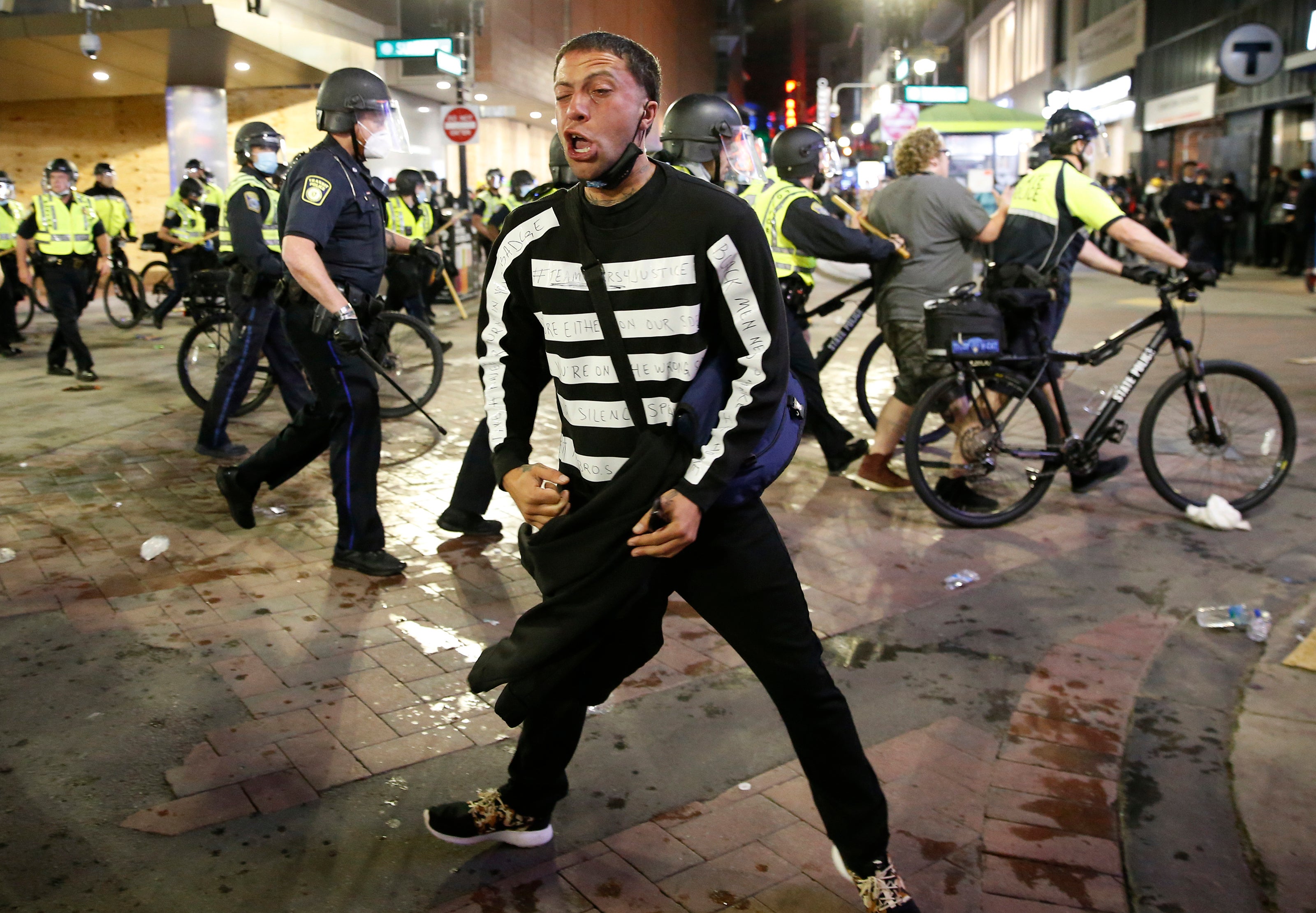 A man reacts after being hit with pepper spray by police. People throw items at a police car passing the State House in Boston on Sunday night.

A police car is on fire right outside Beantoen Pub pic.twitter.com/JjEOHQZopB

Some looting happening at a Walgreens at Winter and Essex @7News pic.twitter.com/9PdeECfLKc

The looting has started in Downtown Crossing after #GeorgeFloyd protest. pic.twitter.com/twlz1tz5Je

A crowd surrounded & threw projectiles at @MBTATransitPD cruisers earlier tonight at the corner of Beacon & Charles. Peaceful protests over the death of #GeorgeFloyd deteriorated into a mob scene. Officers maintained composure and showed restraint. No injuries. #wcvb #Boston pic.twitter.com/eHeMidQPIR

Gas bombs set off. I’m at Boylston and Tremont pic.twitter.com/MfIzjiAHxY 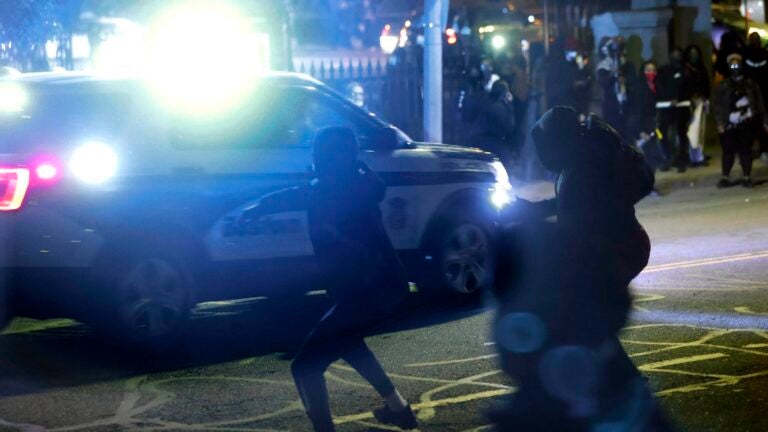 Mayor Walsh ‘angered’ by ‘acts of destruction and violence’