FREEPORT, Maine (AP) — L.L. Bean reopened its shuttered 24-hour flagship store that had closed since mid-March on Monday, part of a new wave of openings of stores and 10 coastal state parks and portions of Acadia National Park.

The outdoors retailer already reopened its hunting and fishing store, and bike, boat and ski store.

It was the first time the flagship store closed for more than 24 hours, and only the fifth time the store closed.

The company’s warehouse and shipping operations remained open throughout the pandemic, so customers could place orders online or call a toll-free number, officials said.

Also as part of the Mills administration’s second phase of reopening Maine’s economy, public gatherings that were limited to 10 or fewer people were increased to up to 50 people effective Monday.

Hotels, campgrounds and RV parks opened to out-of-state visitors, but a 14-day quarantine for people traveling to the state was still in effect.

The Maine Mall in South Portland was also reopening Monday, but most of the stores remained closed.

Maine businesses are allowed to deny service or entry to people who are not wearing cloth face coverings. There also are strict rules on how many people are allowed inside stores.

Likewise, popular coastal parks like Crescent Beach and Popham Beach were cutting parking by half to limit the number of visitors.

At Acadia National Park, the Park Loop Road opened to traffic and rangers will be at open-air tents outside of the Hulls Cove Visitor Center. Acadia’s famed carriage open for walkers on Friday.

In other news related to the virus in Maine, the organizers of the Fryeburg Fair, one of the biggest agricultural events in New England, announced on Monday the event is cancelled due to the virus. The event has been held since 1851 and was scheduled to take place in October this year.

Organizers said they “look forward to Fryeburg Fair 2021,” which will again be in October. The event has attracted more than 170,000 to a rural part of the state in the past. 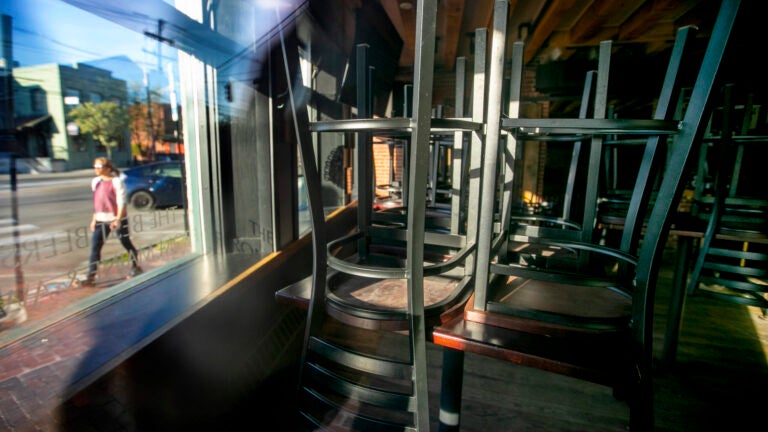