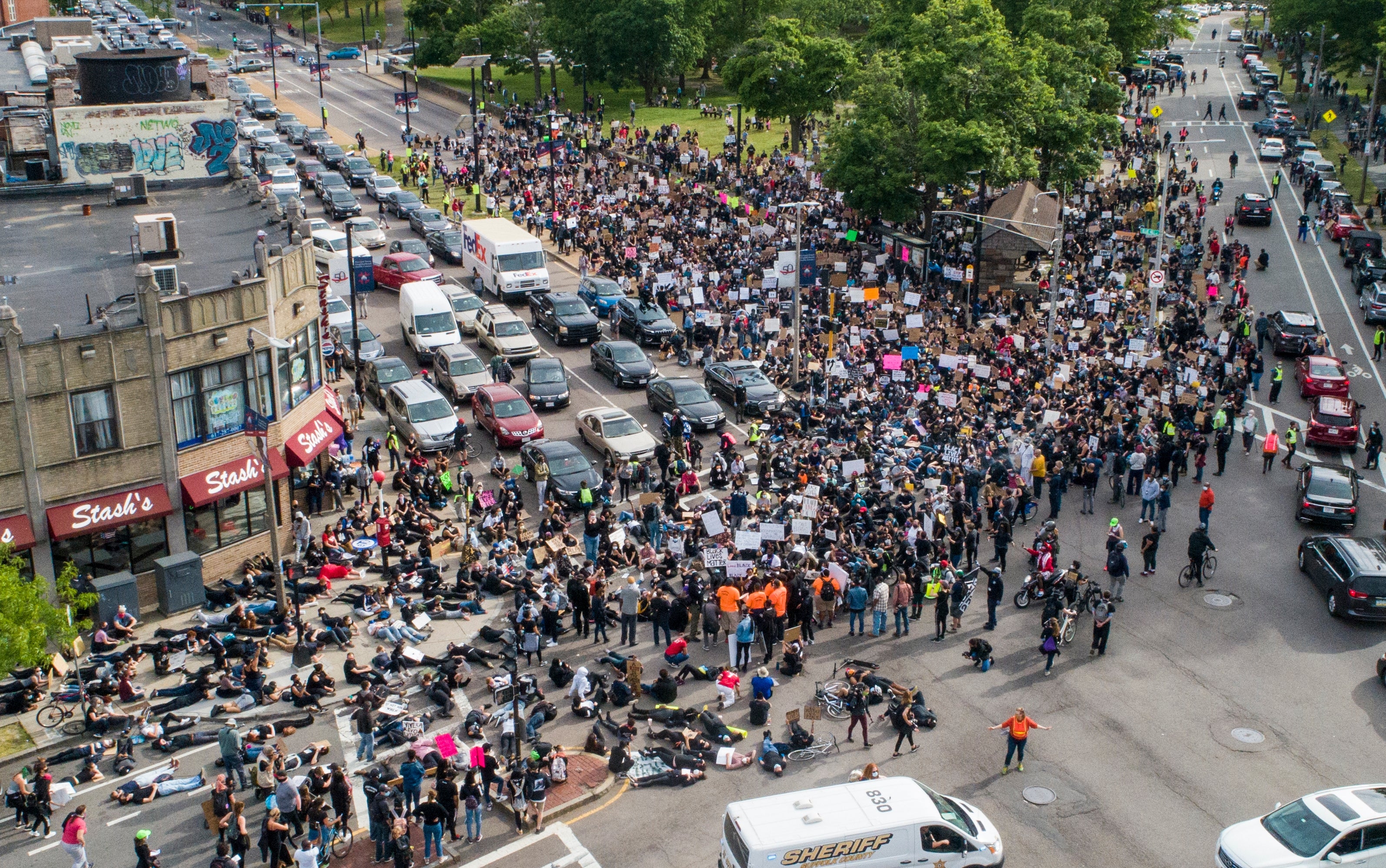 Protestors staged a “die in” in memory of Floyd, Taylor, and Arbery on Blue Hill Avenue and Franklin Park Drive on June 2, 2020. 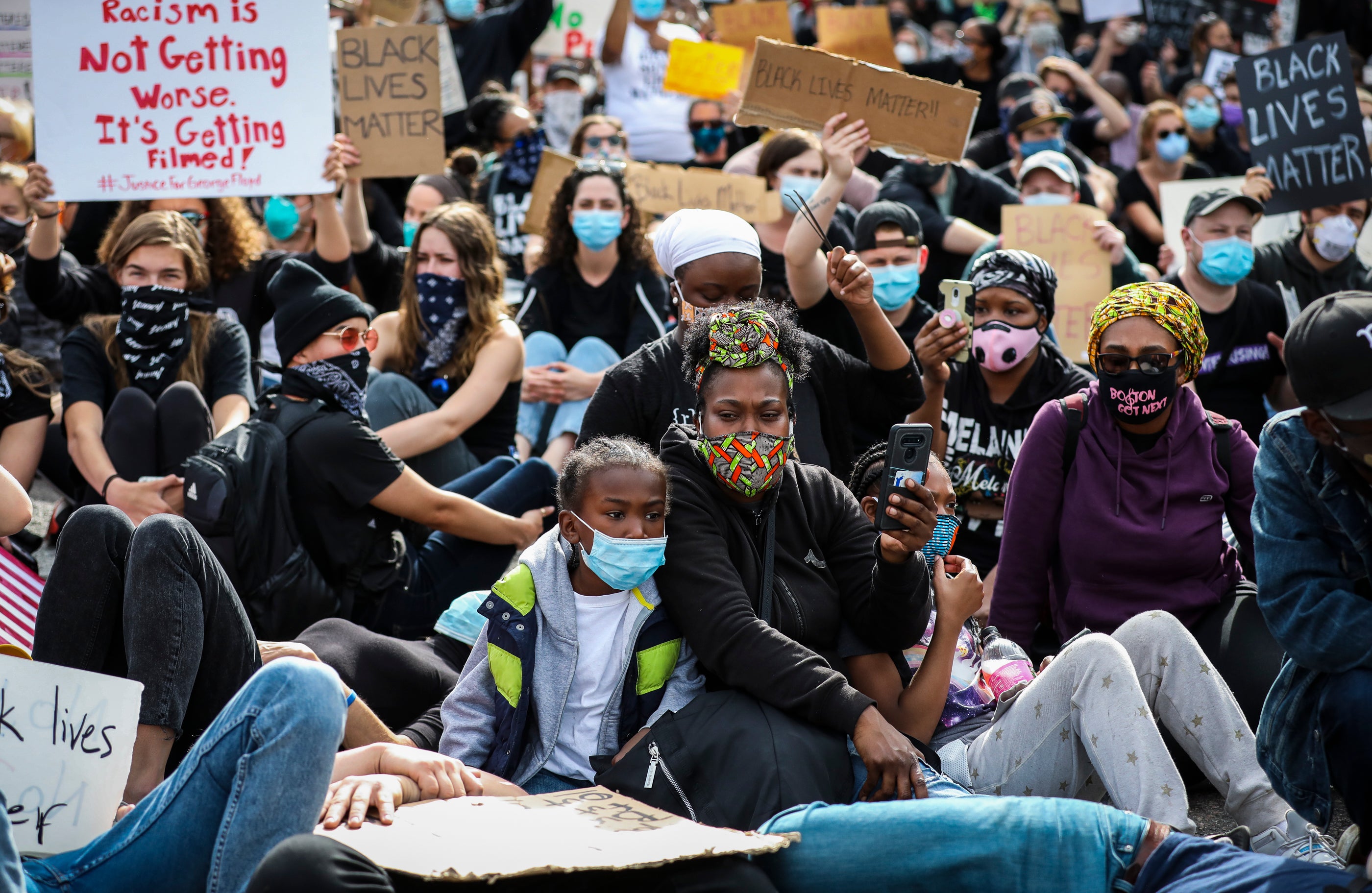 Protesters participated in the “die-in” for 8 minutes and 46 seconds, the amount of time a Minneapolis police officer knelt on George Floyd’s neck.

Protesters walk from the “die in” on Blue Hill Avenue to the rally in Franklin Park. 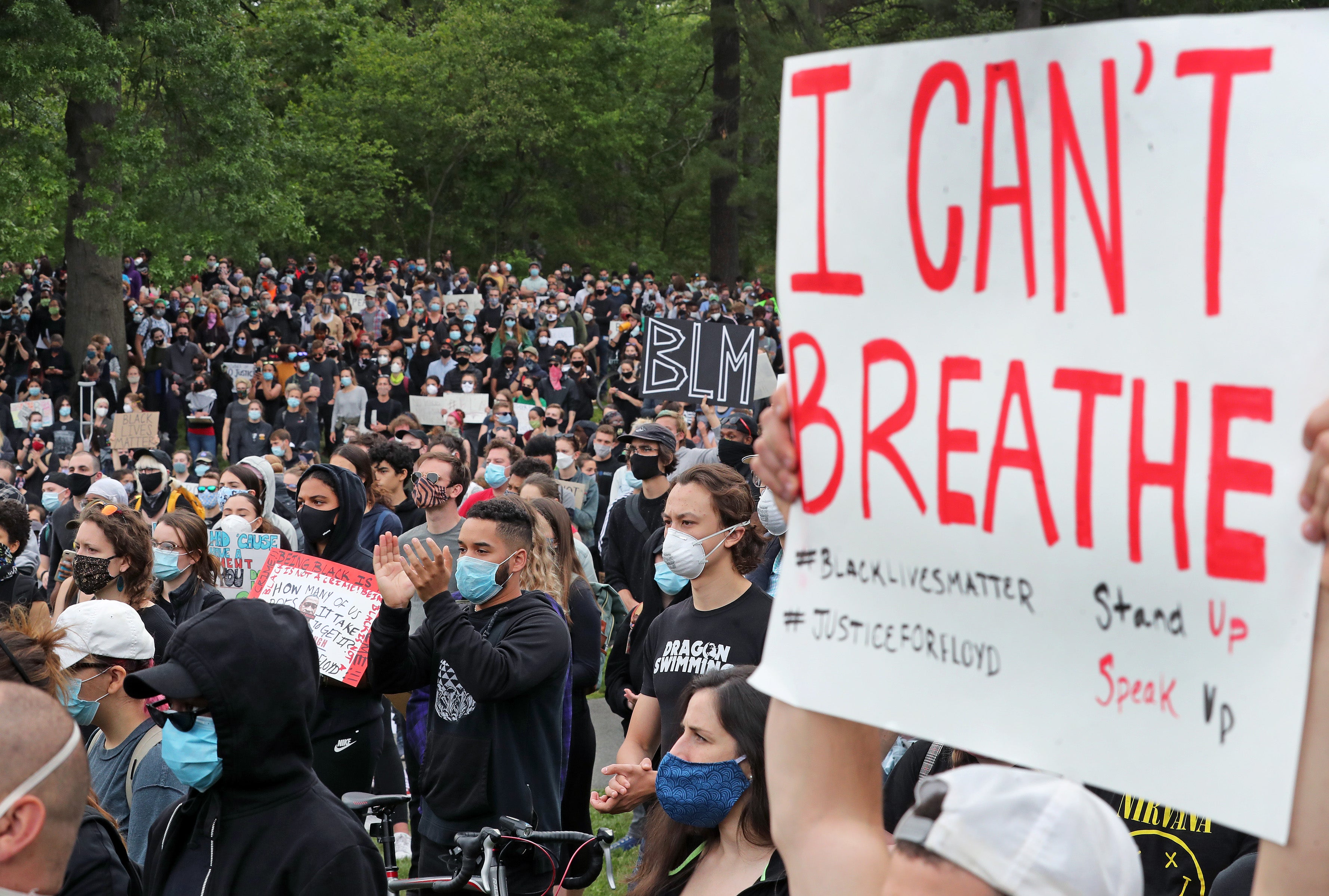 Thousands of people formed a crowd in Franklin Park demanding justice for Floyd, Taylor, and Arbery, and protesting police brutality. 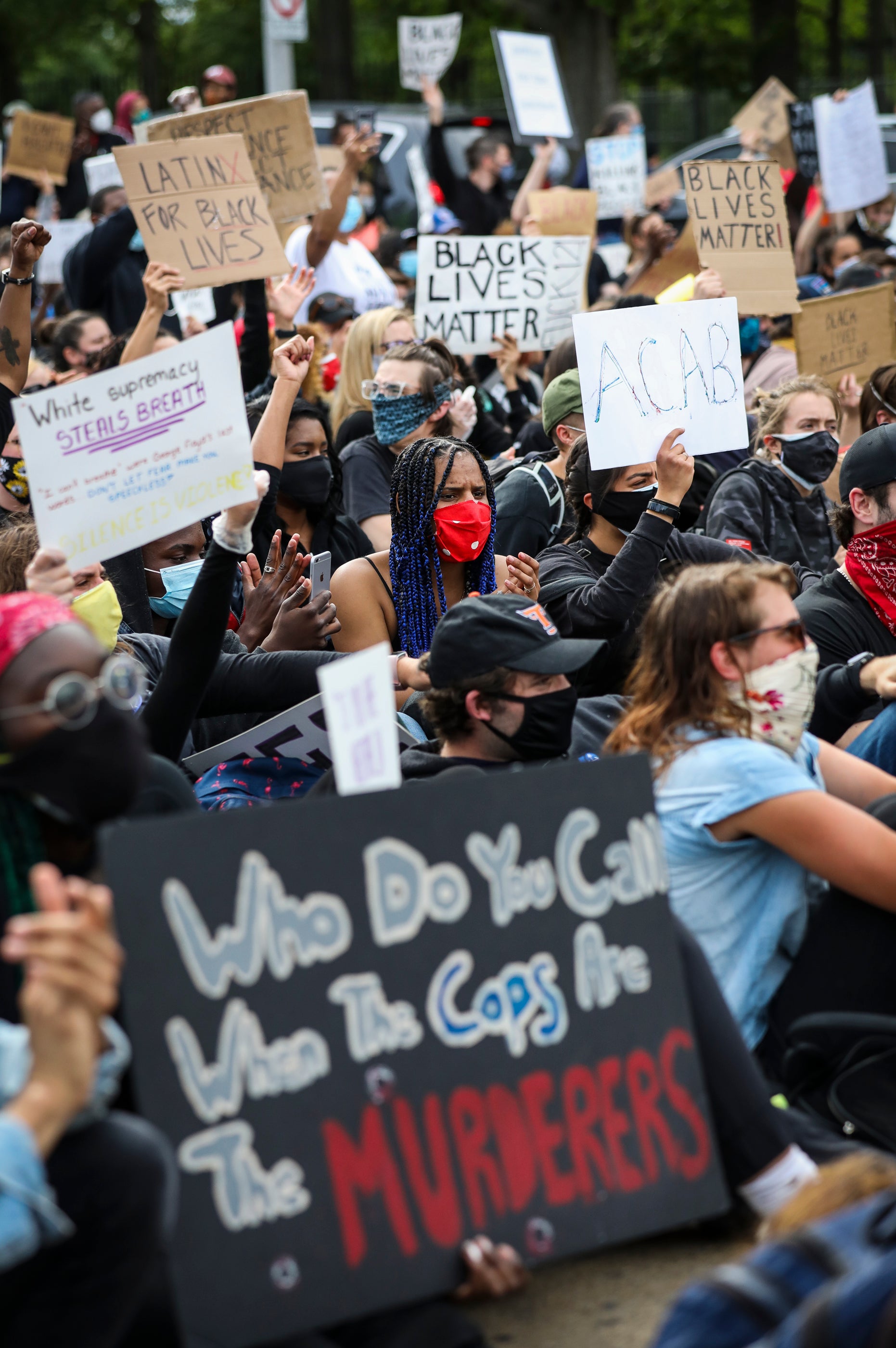 The demonstration was organized by Black Lives Matter Boston and Violence in Boston Inc. 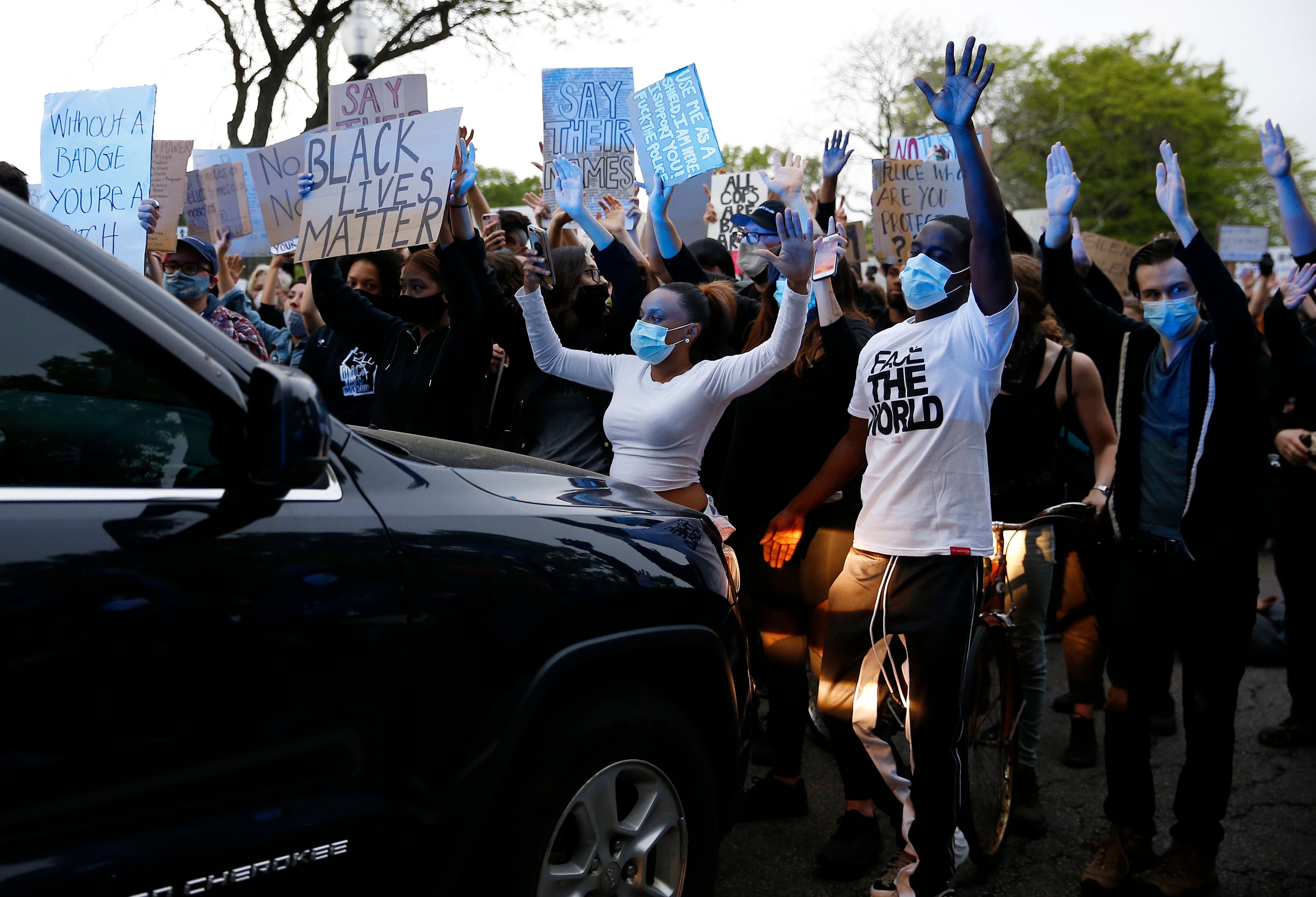 A car being escorted by police is met by protesters, forcing the vehicle to back up.

After the Franklin Park rally ended, a large group of people walked to the Forest Hills MBTA station. 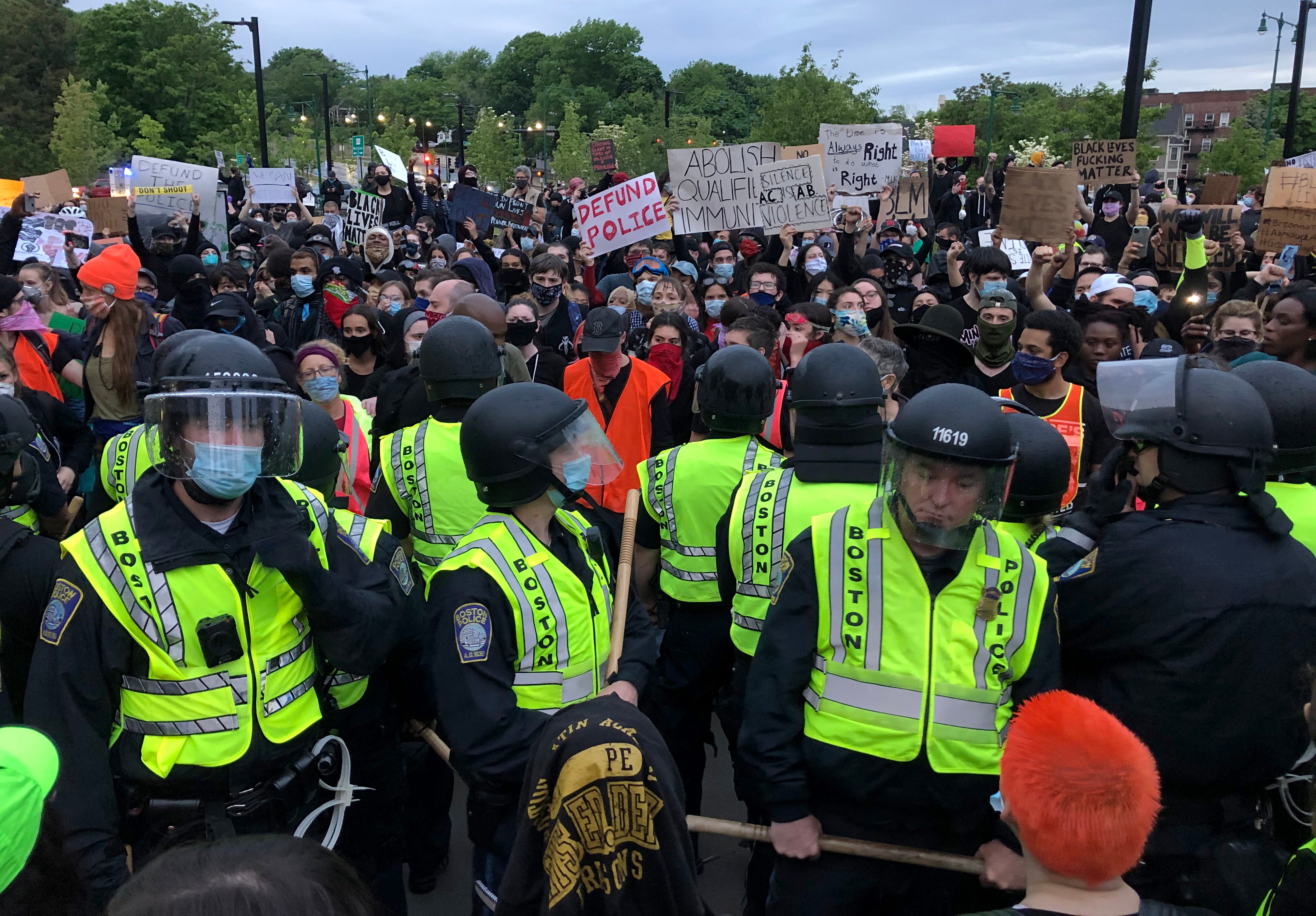 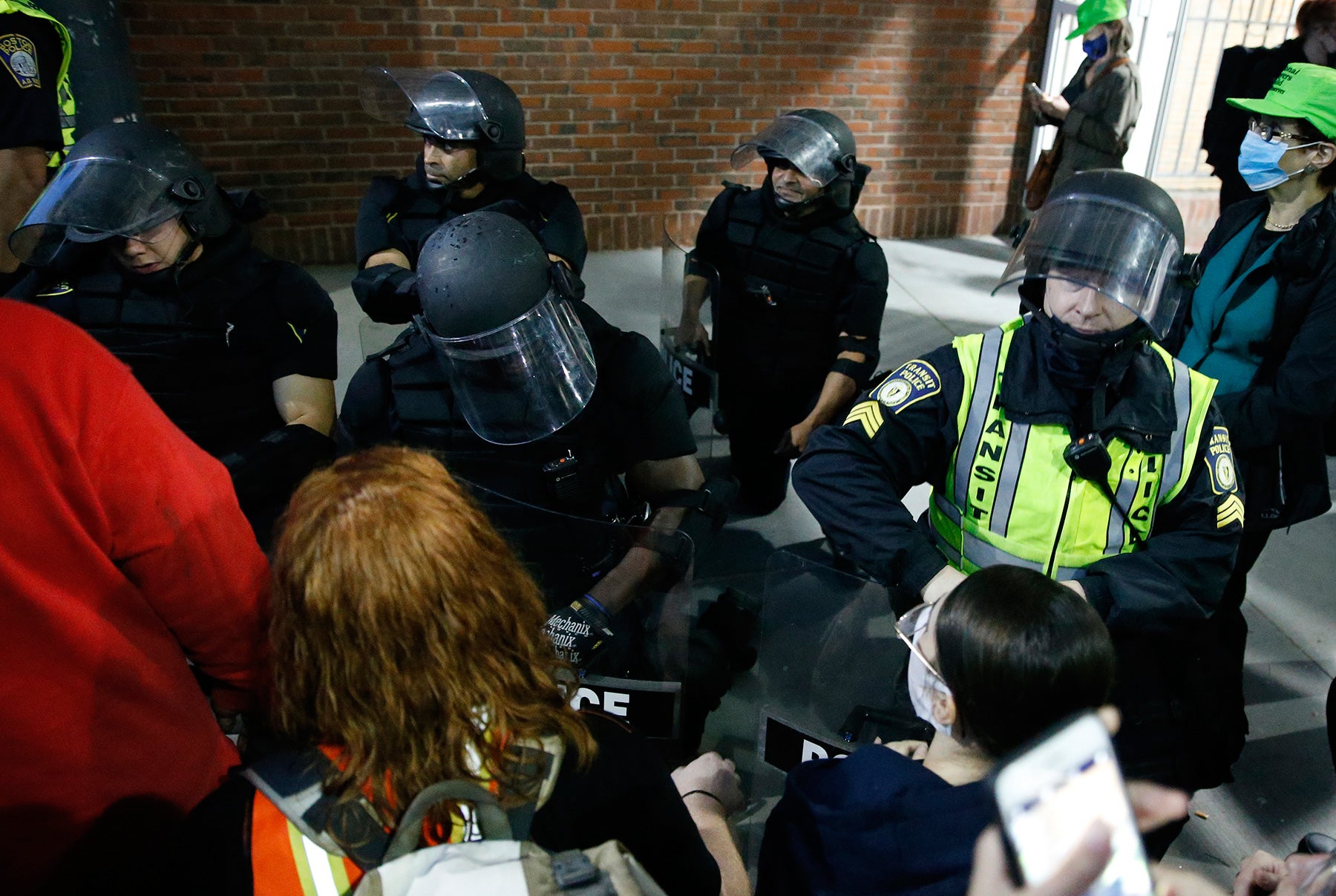 Police officers took a knee alongside protesters at the Forest Hills MBTA Station. 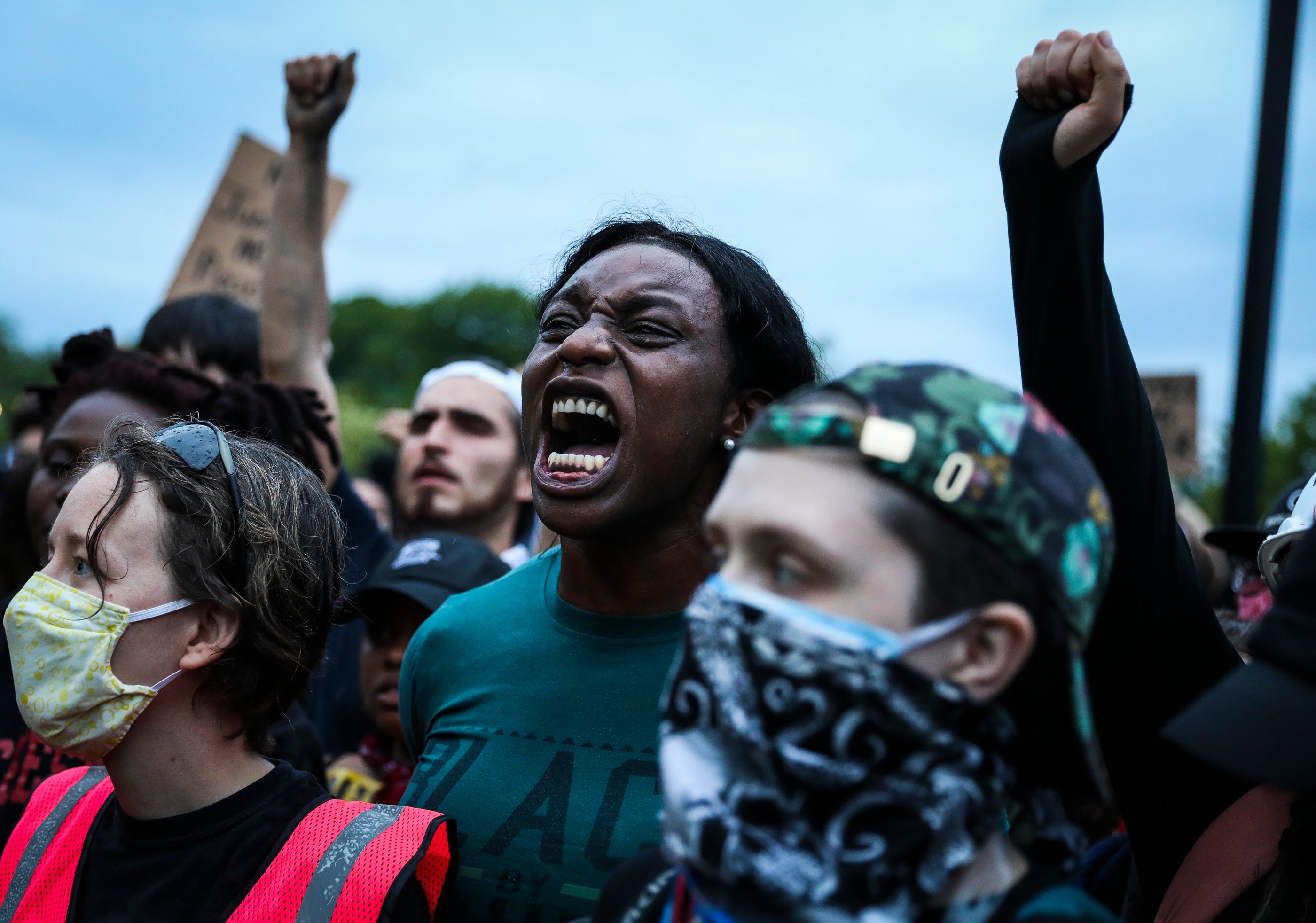 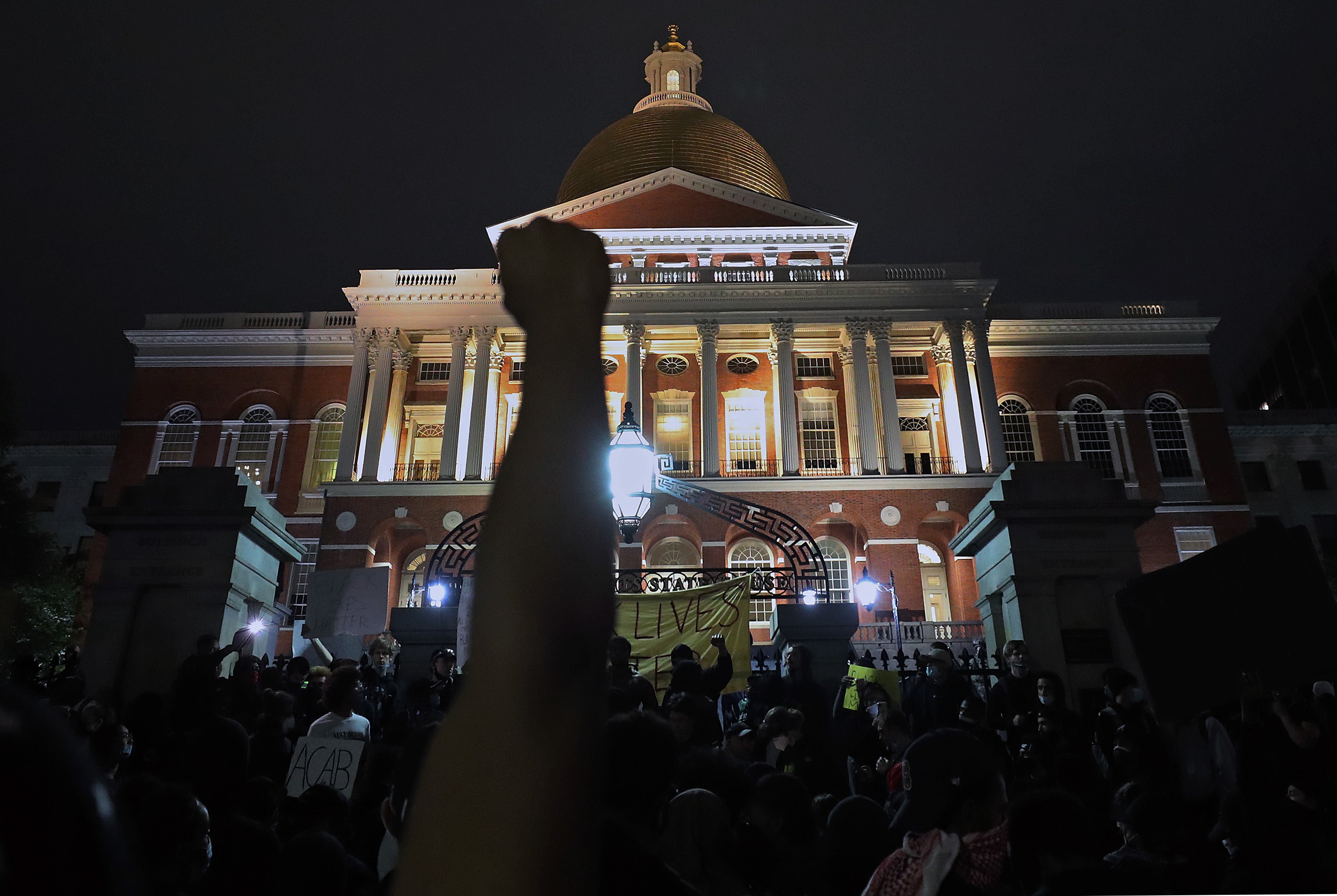