Thousands of protesters gathered Wednesday on Boston Common for another day of rallying against the killing of Black Americans by law enforcement, and calling for justice for George Floyd.

Demonstrators chanted, held signs, and lied face down on the ground to honor Floyd, who was killed in Minneapolis police custody on Memorial Day.

Here are photos from the Boston’s latest demonstrations: 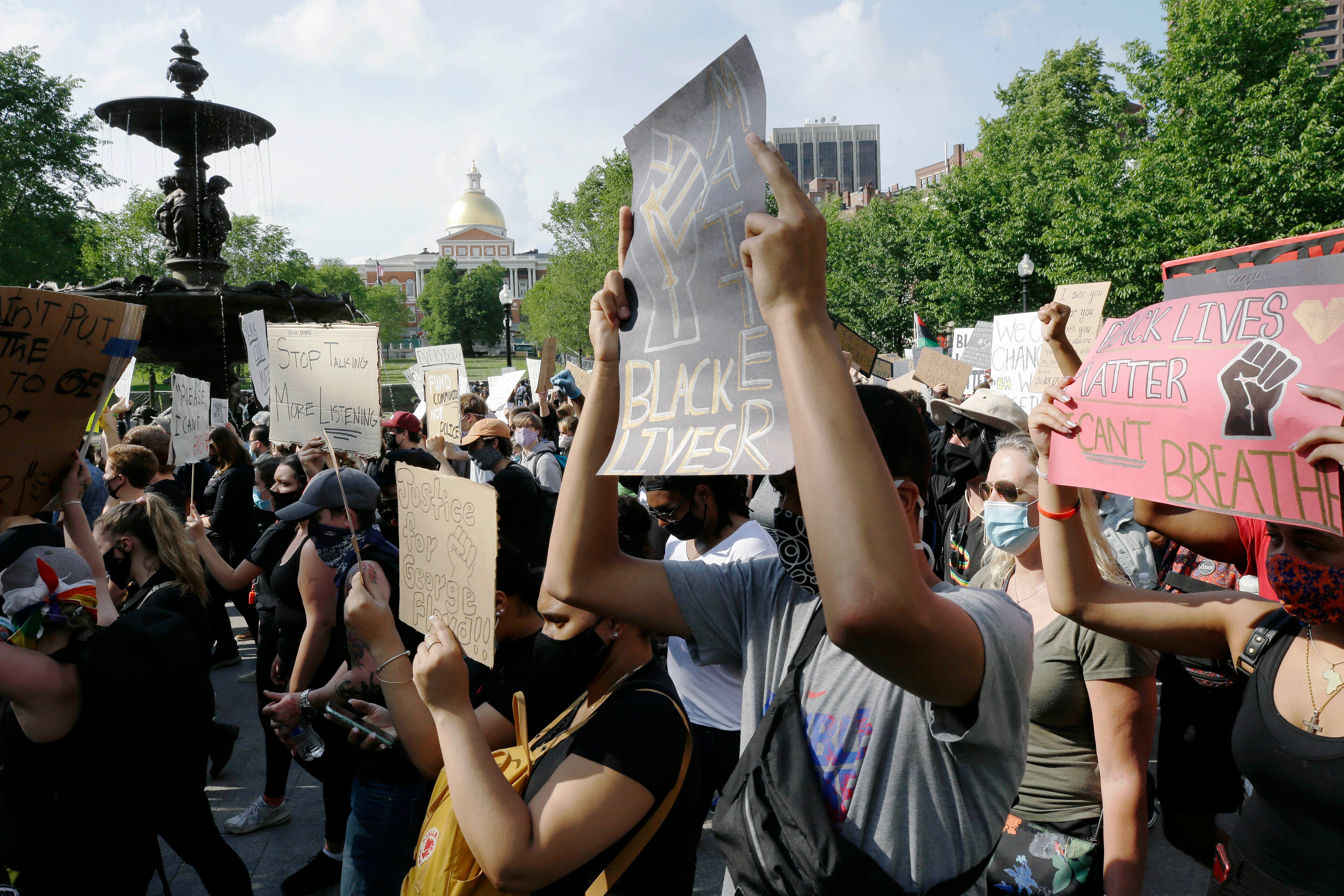 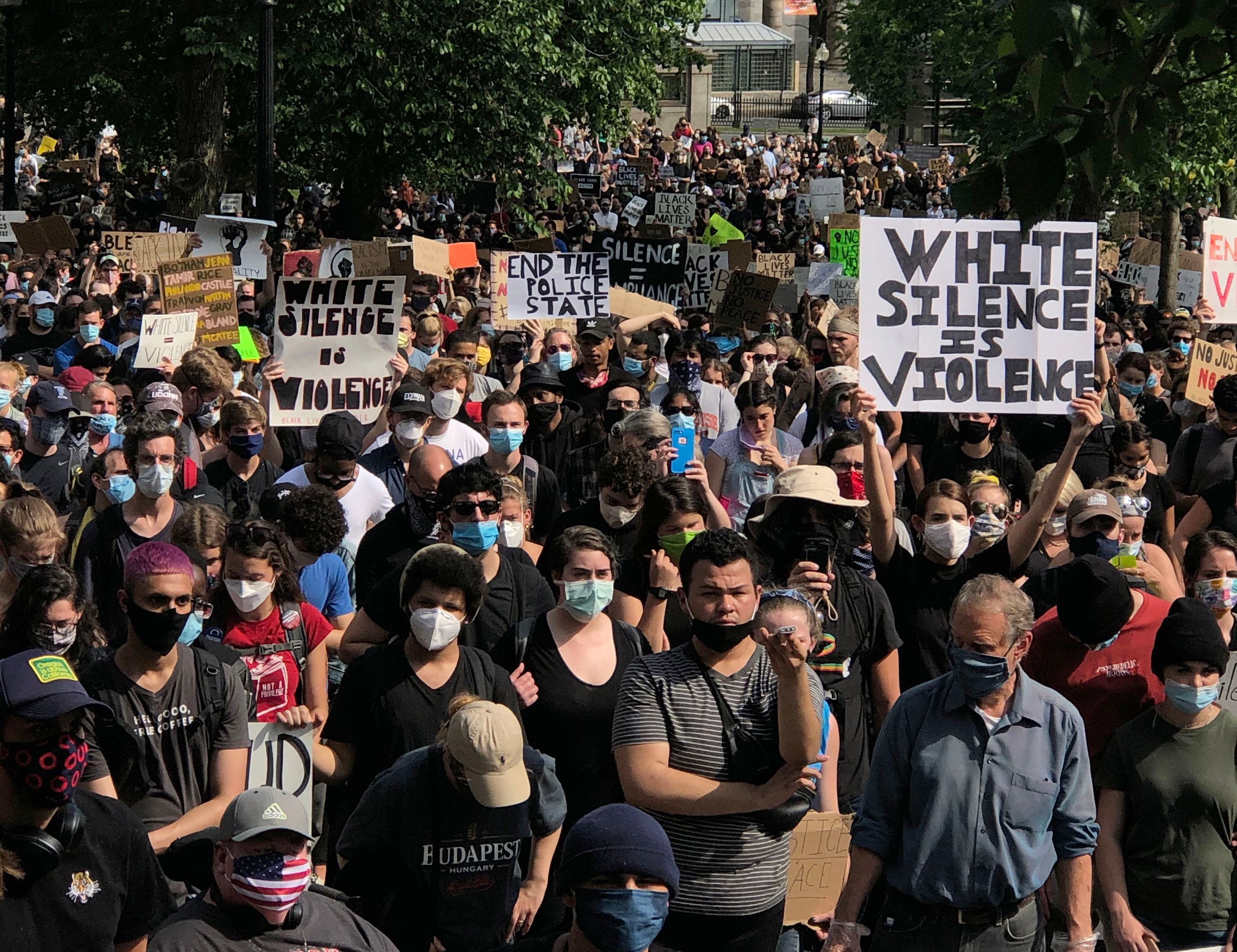 The scene Wednesday on Boston Common. 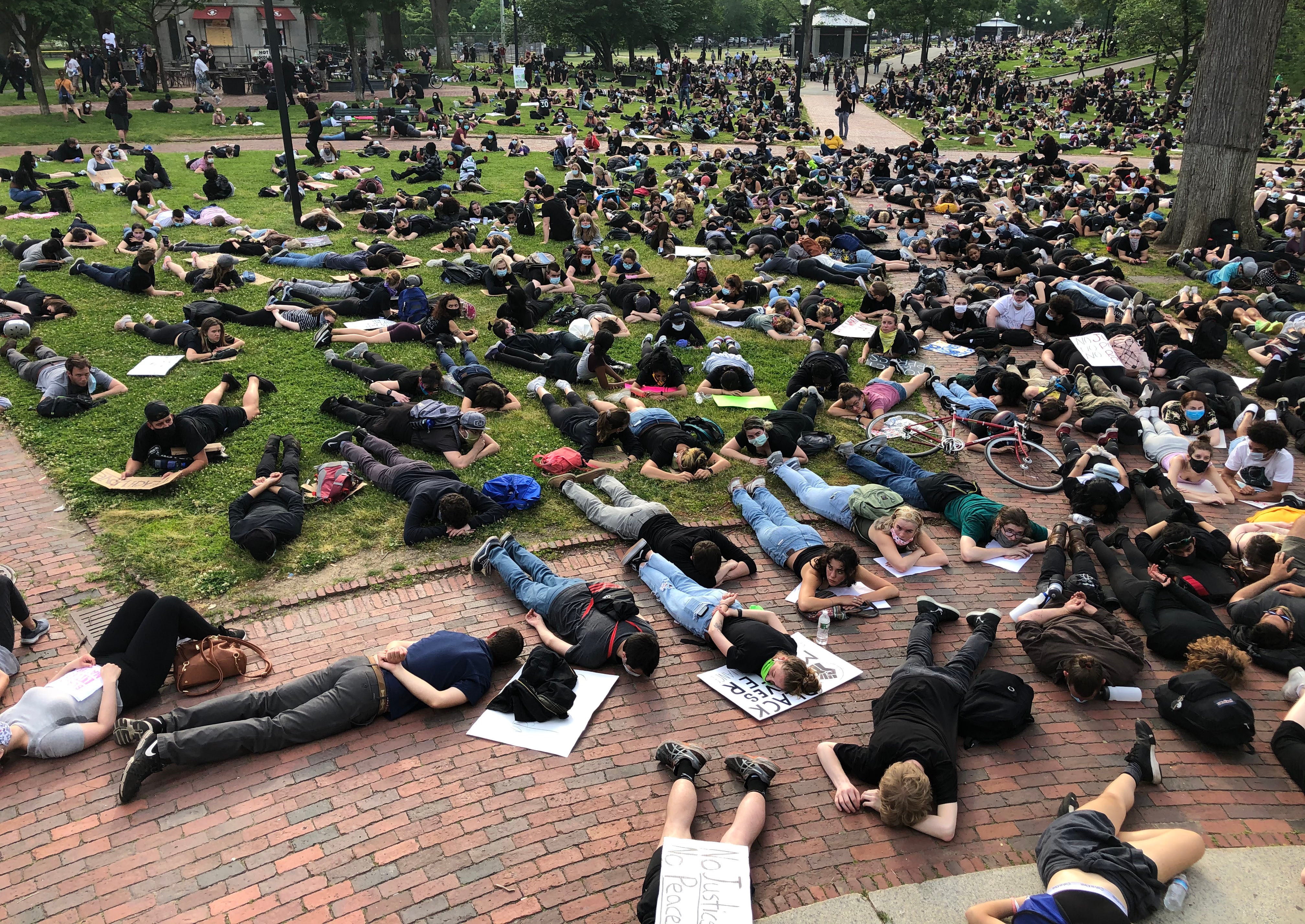 Demonstrators lie face down depicting George Floyd during his detention by police during a protest on Boston Common. 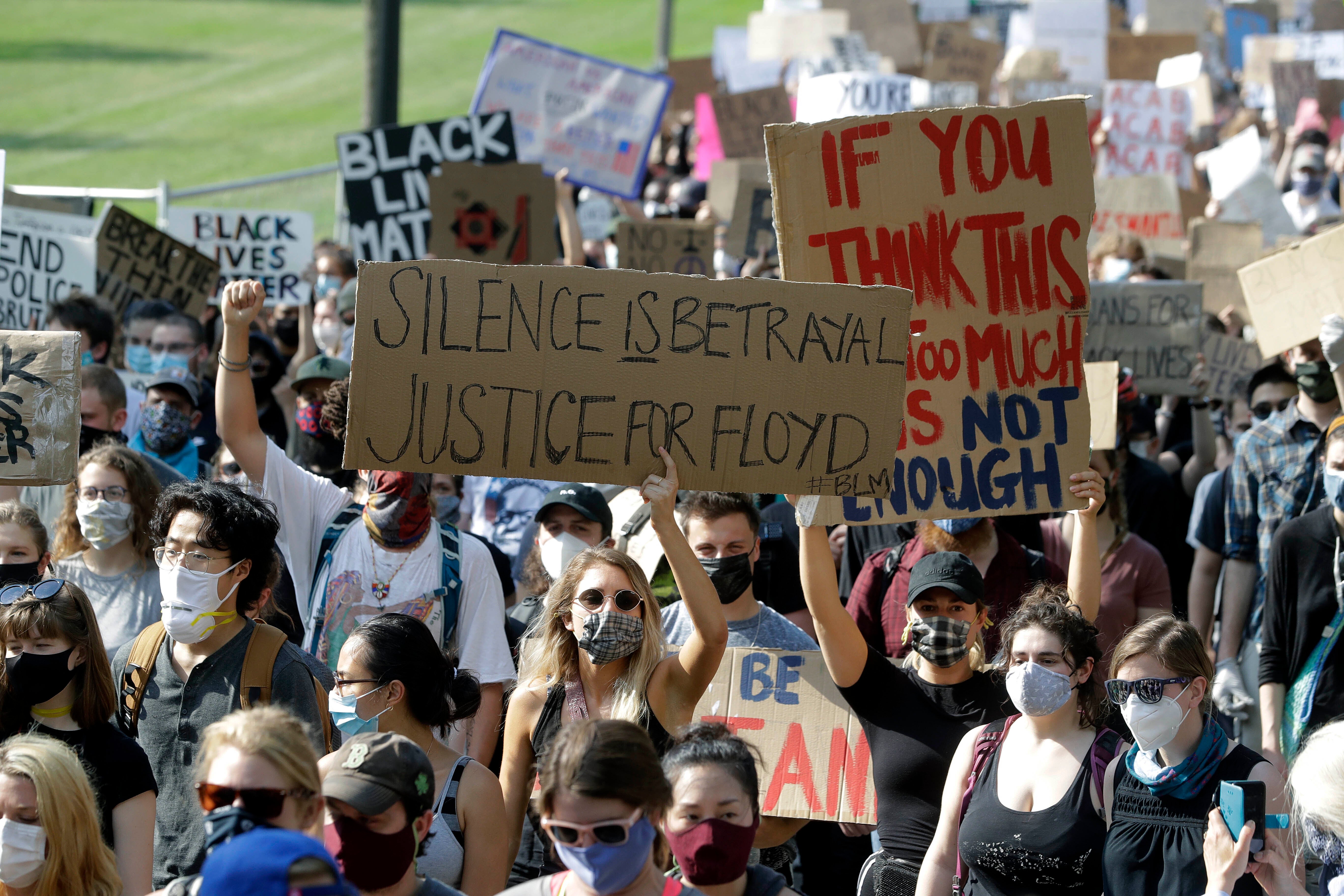 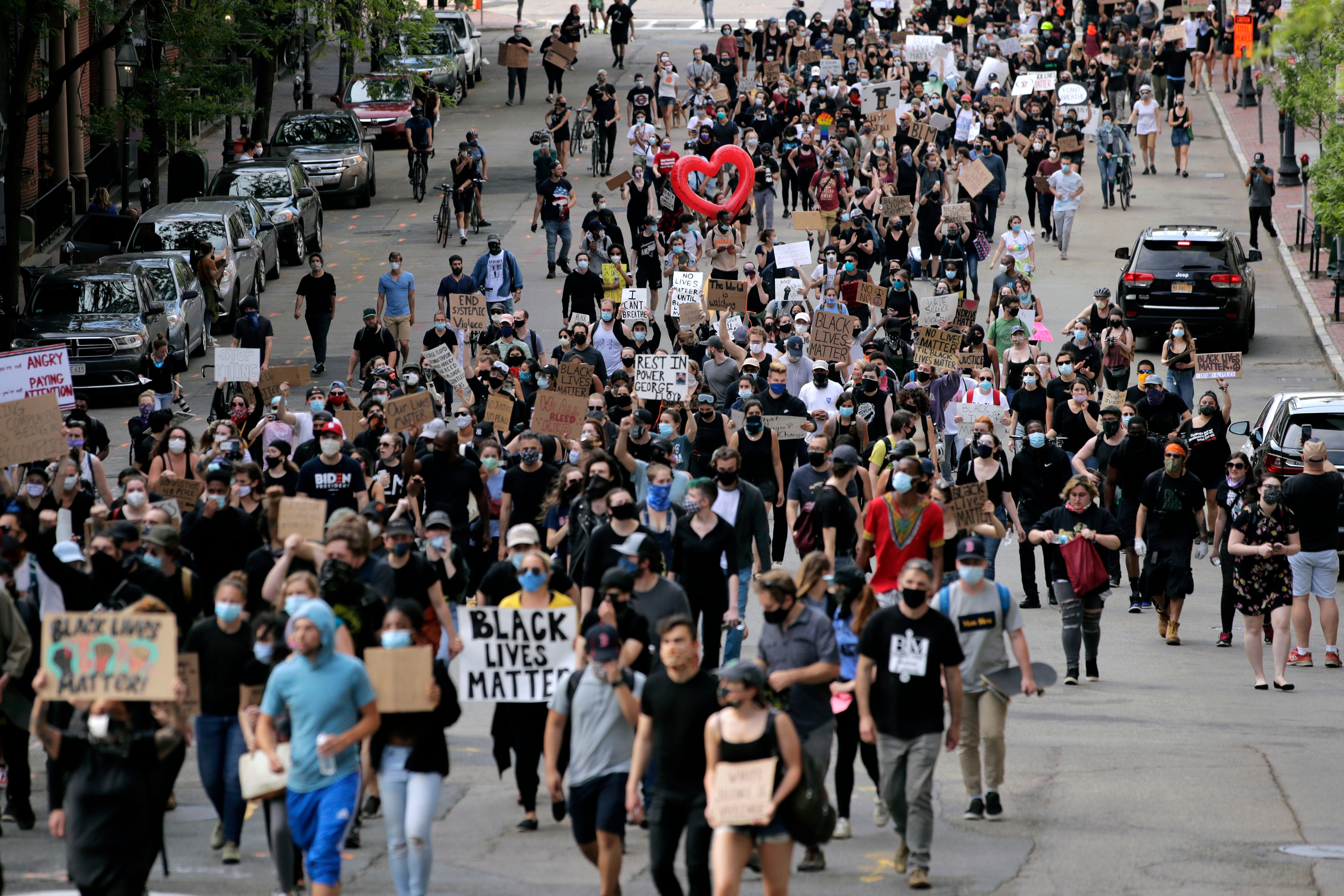 Park street mbta station has been shut down. Organizers are asking protesters to peacefully walk to another station and get home. “They have already said they would use their bullets… we don’t want any more police brutality.” @wgbhnews pic.twitter.com/fOQiu42zWx