Protests large and small were again held Wednesday across Massachusetts and around the country, calling for George Floyd and other Black Americans who have been killed by law enforcement.

Here are photos and social media posts from some of Wednesday’s rallies in the Bay State: 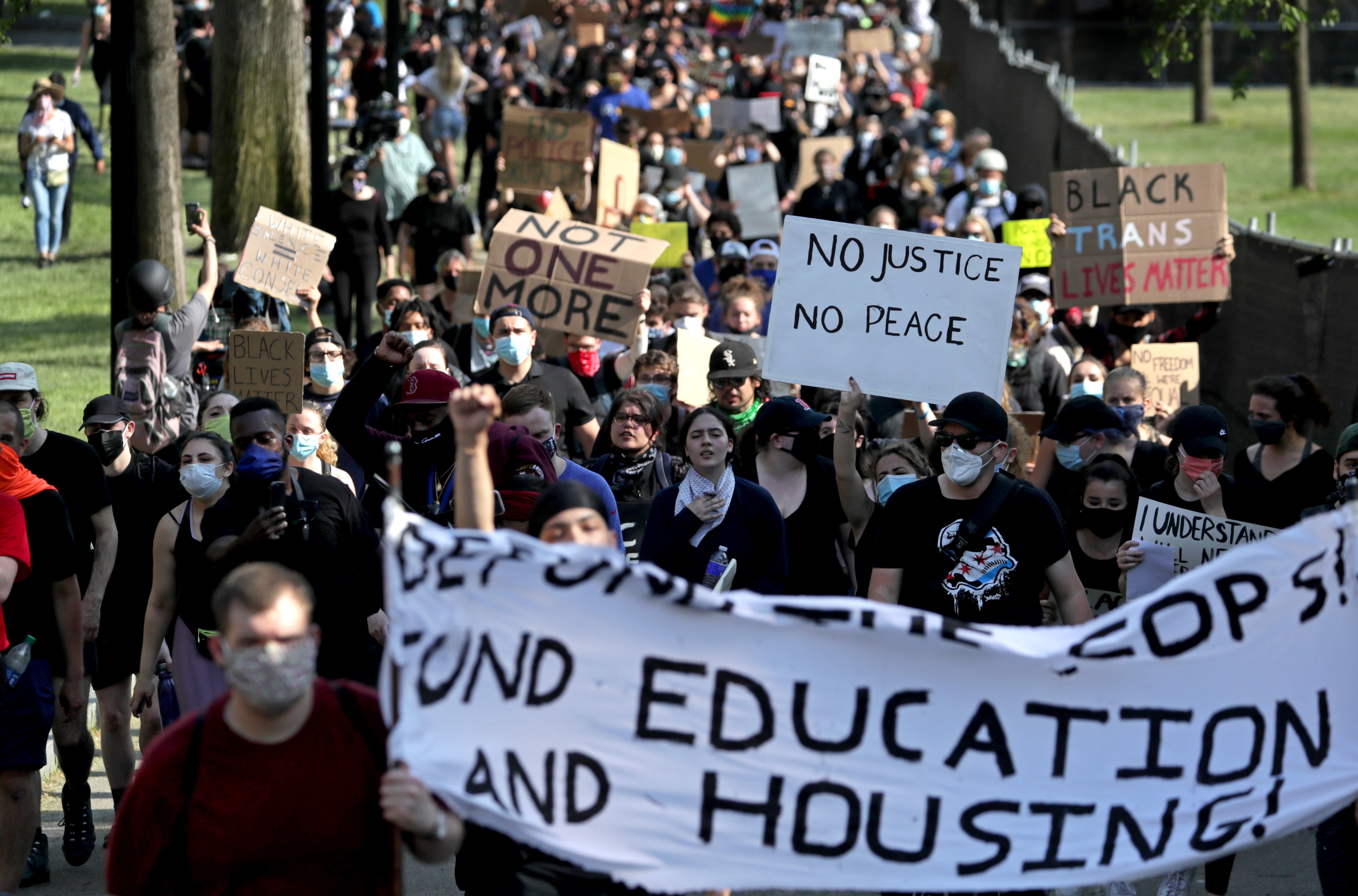 A large crowd participated in a peaceful rally on Boston Common to honor the life of George Floyd.

Crowd is chanting George Floyd’s name as they move to City Hall pic.twitter.com/97uHm2lvwO

An enormous crowd has peacefully taken a knee as 100 names of black men and women killed by police over the past decade are read pic.twitter.com/dhHJbXrHgb 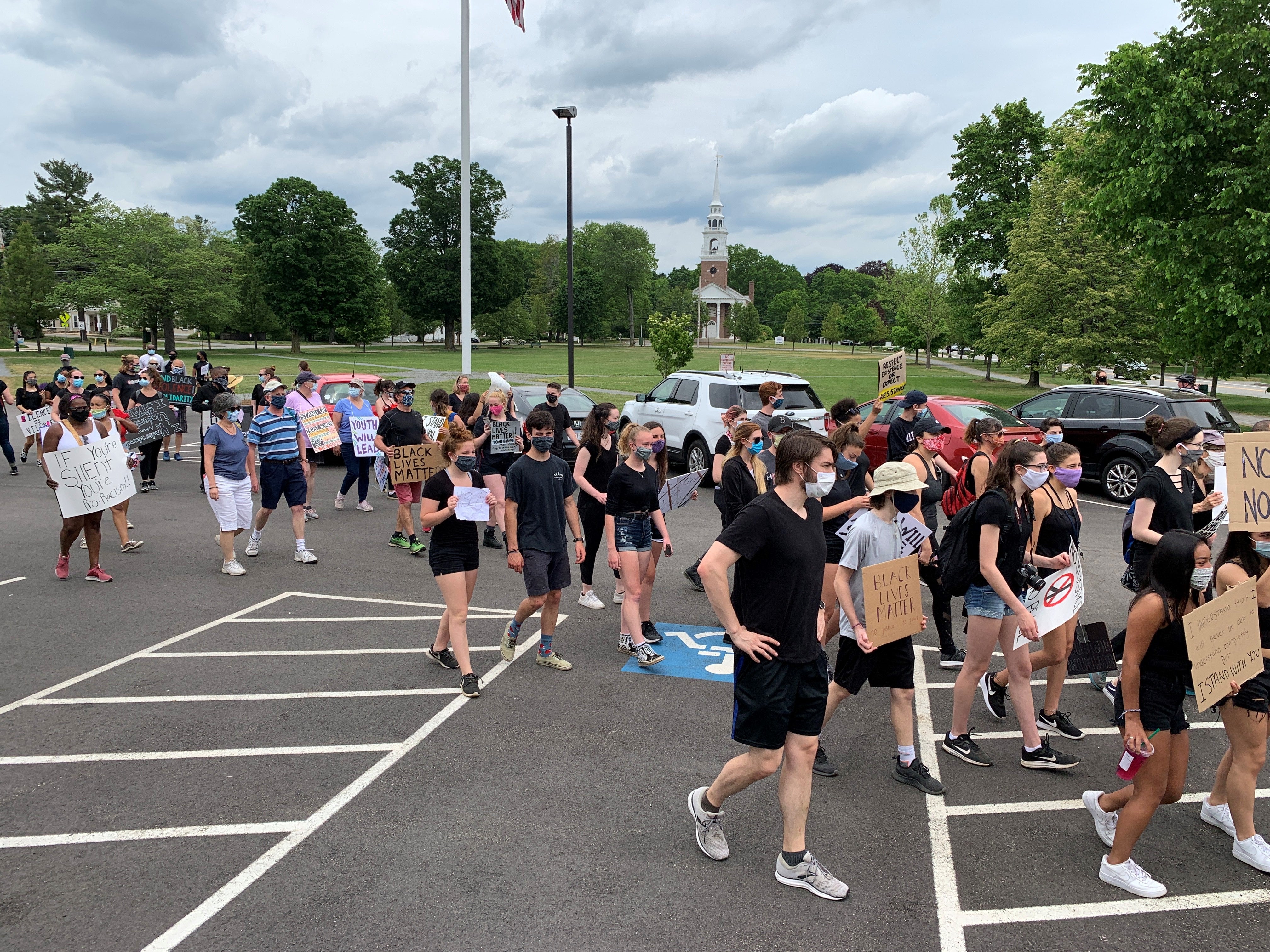 A rally stepped off in Framingham. 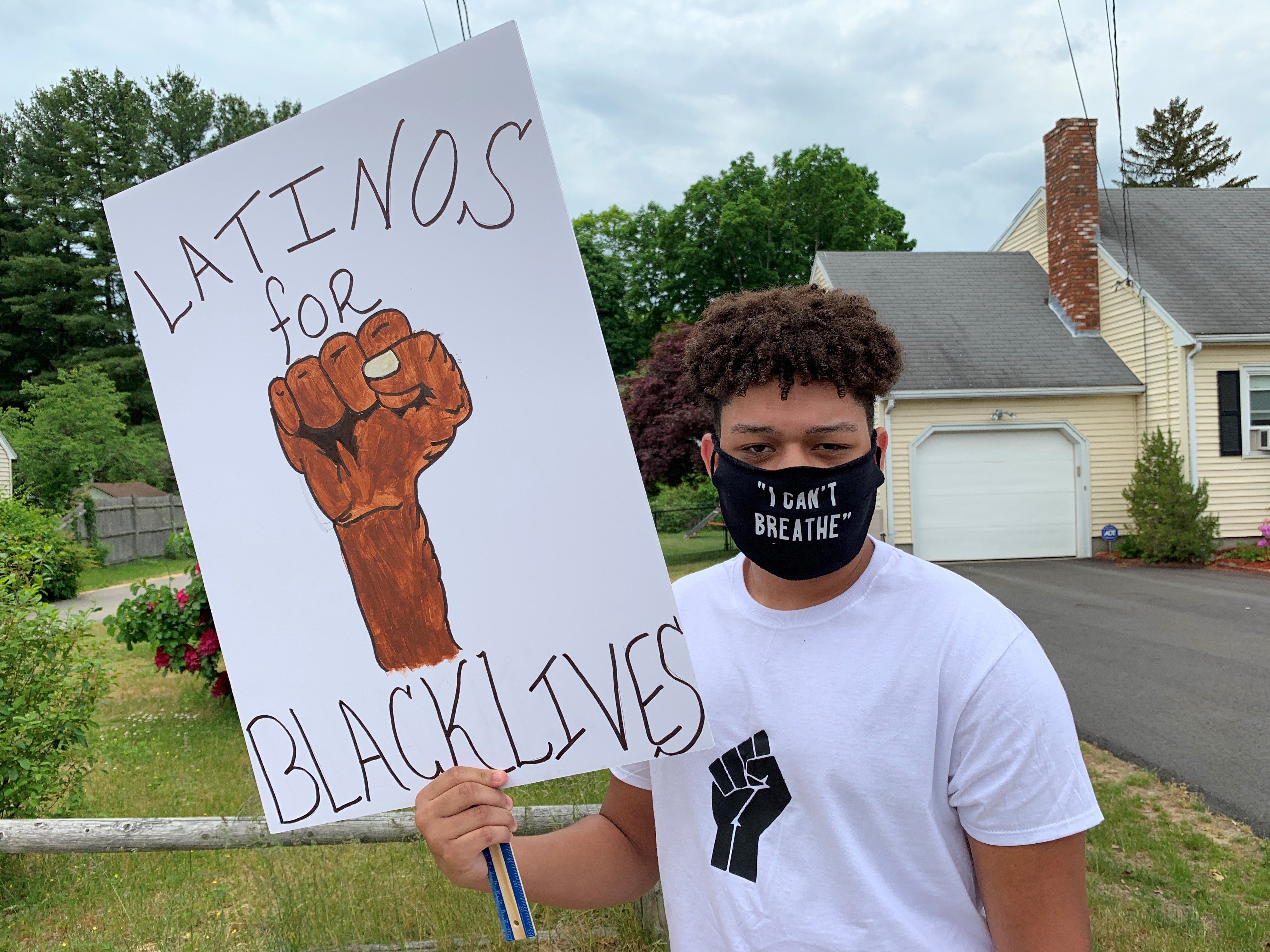 Noah Montano-Rodriguez, who organized a protest in Framingham on Wednesday.

Peaceful protest in progress now at the #Mashpee rotary on #CapeCod – majority of protesters all wearing masks & social distancing as much as possible.

There is a constant flow of horn-honking in support of the movement from drivers going by. pic.twitter.com/8Rqs3GDfFg

People are starting to line up around the Mashpee rotary as part of nationwide protests against the George Floyd killing pic.twitter.com/pfS5qEnR6n

A massive demonstration in Springfield , 3,000 -4,000 people on a 3 mile March from Central High to the Springfield Police HQ. Chants of “No Justice No Peace”, signs reading “Black Lives Matter”. pic.twitter.com/VR69VlwMVw

The community in Stoughton has come together to honor #GeorgeFloyd and the many lives lost to police violence. Speaker saying “Our individuality does not make us unequal.” #blacklivesmatter pic.twitter.com/Ytx2UiE6p9

The crowd here in Stoughton took a knee for a 9-minute moment of silence… pic.twitter.com/1QMpH5nPe6