On the morning of May 23, Daniel Thorson rejoined society after an absence of 2 1/2 months.

He had spent that time in silent meditation in a cabin in remote northwestern Vermont, where he is part of a Buddhist monastic community. During his 75 days in isolation, his hair had grown out. The last snow of winter had melted, and the trees had budded. Frogs had come out of hibernation and begun peeping.

Thorson, a podcaster and enthusiastic online philosopher, had also missed 75 news cycles. And so, less than two hours after ending his silent retreat, Thorson logged back onto Twitter.

“Did I miss anything?” he wrote.

The last week was a strange one for Thorson, 33, a staff member at the Monastic Academy, as he tried to catch up with the changes that had taken place during his absence.

He learned of Boris Johnson’s hospitalization — and his recovery. He learned that meat packing plants had emerged as pockets of infection and death. He learned that his cousin had met her new love interest on a social-distance dating website. And that there is now such a thing as a Zoom channel devoted to ecstatic dance.

Reengaging — with his mom, with the supermarket, with the internet — was at times intensely pleasurable. Other times it was just intense. He had trouble sleeping.

People wanted to talk to him. They compared him to Rip Van Winkle, the fictional character who falls asleep in the Catskills and wakes up 20 years later to discover that his beard is a foot long and the United States is no longer ruled by the British Crown.

It stunned him to discover that the many and various topics that interested him — global warming, electoral politics, the health care system — had been subsumed by a single topic of conversation: the coronavirus.

“While I was on retreat, there was a collective traumatic emotional experience that I was not a part of,” he said, on the second day back in the world. “To what degree do I have to piece it back together?”

Thorson is not the kind of Buddhist to shy from current events.

After graduating from college, he was an organizer for Occupy Wall Street, camping in Zuccotti Park in lower Manhattan and engaging with pedestrians. He logged a few years with the Buddhist Geeks movement, promoting the use of online technology for enlightenment seeking. His podcast, “Emerge,” seeks to explore “the next phase of the human experiment.”

So he was eager, after ending his 75 days of silence, to see what was going on in the world.

“I was thinking, is it going to be Mad Max out there, like are we the last survivors?” he said. “How is humanity doing?”

After leaving the meditation center, the first evidence he saw was a gas station, and people coming in and out wearing shorts, a scene so characteristic of northern Vermont that he was deeply reassured.

But a new set of impressions followed. He ventured into a Shaw’s supermarket, eager for human contact, and what he found instead was anxiety. When he passed people, their eyes darted around, as if they were scanning for threats. One thing that seemed to scare them was Thorson, who hadn’t gotten the hang of social distancing.

“I would turn a corner in the grocery store, and someone would be there, and they would recoil,” he said. “I haven’t installed the COVID operating system. At first, I was, like, whoa, what did I do?”

He had looked forward to plunging back into his online world, a setting he had always found “nourishing.”

But when he reviewed 2 1/2 months of posts from people he admires, he found, to his shock, that they were only talking about one thing. “Everything else is gone,” he said. “There’s nothing about the election! It’s amazing! The Australian wildfires, what happened there? Didn’t Brexit happen?”

But there was nothing close to a consensus.

“Everybody has extremely strongly held, very different opinions about everything: how dangerous it is, what the response should have been, how it’s going, whether or not we need to isolate, how to treat it if you get it,” he said. “There is one consensus proposition that, it seems to me, everybody holds. It’s that whatever happened in the last three months is one of the most significant events in modern history.”

Talking through the preceding months, he often felt he had stumbled into something painful, conflicts that dated back to March or April.

“People are so desperate to make sense of it,” he said.

And it was true, he had missed a lot of friction, even in the ideological bubble of a Buddhist monastic community in Vermont. In mid-March, Soryu Forall, the group’s head teacher, had just begun a weeklong silent retreat with a larger group of students. They had just ended communication with their families and the internet when state governments began banning large gatherings and advising people to stay home.

He began to get emails and phone calls from his students’ families, insisting that he end the silent retreat. “Everyone wanted their children to come home immediately,” Forall said.

But he refused, saying they should be allowed to finish their week of silence.

“It was painful for the parents, painful for me,” he said. “It was a very strenuous time.”

He said he valued Thorson’s perspective precisely because he hadn’t lived through it.

“His clarity is just what the world needs now,” he said. “He’s been hit by all of it in one wave.”

And it was true: In his first days out, Thorson found himself in demand, the subject of intense curiosity.

“I feel like an oddity; I feel like a curiosity,” he said. “I don’t know what they expect me to say.”

Part of him wonders whether he needs to catch up on the clamor and dispute of the last months at all. And so he has taken a few small steps back, particularly from the internet. He has begun to regard his phone use, he said on “The Stoa,” a philosophy podcast, with fear.

On Day 3 after he returned to the modern world, Thorson restored color to the screen of his mobile phone, which had been locked in gray scale throughout his retreat. But he found that the colors now hurt his eyes. “The red on the phone is nothing like the red of a flower,” he said. “It was a kind of superstimulating thing.”

And so, on Day 4, he set it back to gray scale, and that is where it has remained. 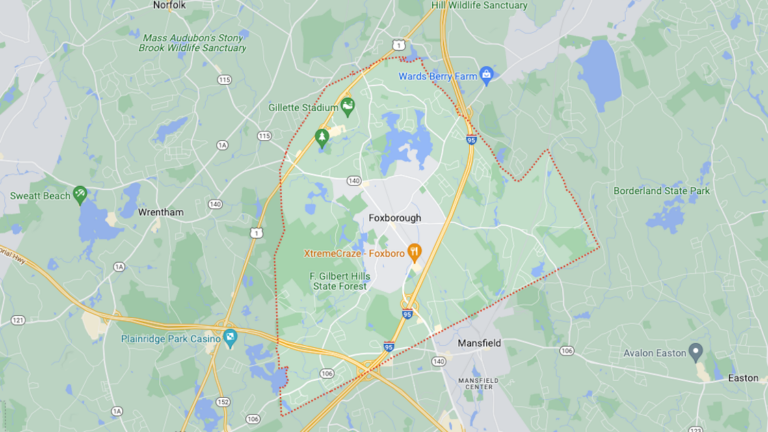